Subscribe
Previous / Razgatlioglu: I won’t use #1 again even if I defend title Next / Redding must "forget" podium target for Barcelona
World Superbike News

Ducati has announced that Michael Ruben Rinaldi will remain at its factory World Superbike squad in 2023, ending speculation about his future.

Rinaldi’s place at Ducati had appeared to be in doubt for some time, with ex-MotoGP rider Danilo Petrucci emerging as a leading candidate to replace him on the back of his title assault in MotoAmerica.

The championship is due to be decided at Alabama this weekend and Eurosport had reported that Petrucci has a clause in his contract that guarantees him a factory WSBK seat should he go on to win the title.

There was also pressure within Ducati’s WSBK camp, with Axel Bassani continuing to impress aboard the Motocorsa satellite bike and making a strong case for a graduation to the works team.

However, Ducati has decided to place its faith in Italian rider Rinaldi, handing him a one-year contract for the 2023 season.

He will again team up with current championship leader Alvaro Bautista, who rejoined Ducati at the beginning of 2022 on a multi-year contract.

"I am very happy to race again next year for Aruba.it Racing - Ducati because I firmly believe in this project," said RInaldi.

"I am very confident that in 2023 we can reap everything we have sown together with the team. I will be the first to work even harder, both in training and on track, to get better results and have the consistency that has been lacking so far.

"I want to thank Stefano Cecconi, Claudio Domenicali, Luigi Dall'Igna, Paolo Ciabatti, Serafino Foti, and all the people who trusted in me. I can't wait to be in Barcelona to get a good result and repay this confidence. And I am sure that 2023 will be a great year for us."

Rinaldi hasn’t managed to score a win in his second season with Ducati so far and has also failed to match the performances of teammate Bautista, who is the favourite for this year’s title.

However, the 26-year-old has been regularly finishing inside the points, with his third podium of 2022 at Magny-Cours elevating him to fourth in the standings ahead of Yamaha counterpart Andrea Locatelli.

Crucially, Rinaldi’s results have also helped Ducati solidify its lead in the manufacturers’ standings over Yamaha and Kawasaki with just five rounds still to go in 2022.

“Michael Rinaldi is a young rider who grew up in Superbike with Ducati and has proven time and time again that he is very fast and knows how to make the most of the potential of the Panigale V4R machine,” said Ducati sporting director Paulo Ciabatti.

"That's why we are also happy to count on him for the next Championship. With an extra year of experience with the official Aruba.it Racing - Ducati team, we are convinced that he will be able to aspire to even more important results in 2023.” 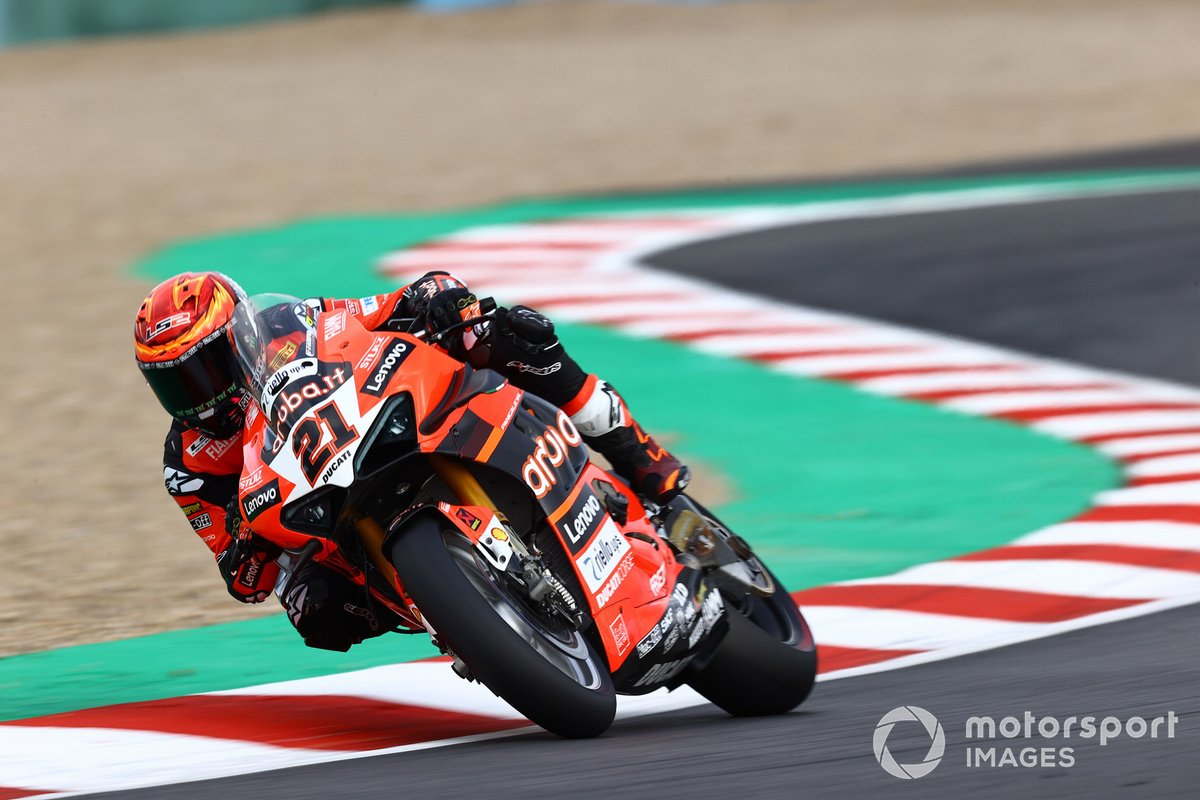