Marco Melandri says the GRT Yamaha does not “respond well” to his riding style on corner entry, following a tough World Superbike test at Portimao.

However, Melandri has struggled in the two pre-season tests that have taken place so far in 2019, ending the Portimao test eighth-fastest on Monday and over 1.7 seconds down on pacesetter Jonathan Rea on the Kawasaki.

In a team statement, Melandri said GRT is just “going around the real problem”, which is the R1 bike failing to “respond” to his riding style under braking.

“This was a very difficult test for me,” said the former 250cc champion and MotoGP rider. “I came here expecting a little bit more, but it looks like we're going around the real problem, unable to find a solution.

“For me it's very difficult at the moment to brake how I want; the bike doesn't respond well to my riding style under braking and on entry to the corner.

“We tried everything we could here in Portimao, but it looks like it's not enough.

“Now we need to try some different options at Phillip Island, go a different way with the set-up in order to find a solution ahead of the first race of the season.”

Two more days of testing follow next month before the season begins a few days later in Australia – where Melandri took a double victory last year on the Ducati – on February 22.

New teammate Cortese found less problems with his R1 as he continued to adapt to WSBK machinery, and claims to have made “some big improvements” across both days in Portugal.

“We came with the base set-up from Jerez, where we were quite happy, but we had to adapt the bike a lot to Portimao, which is a very special circuits with the changes in elevation,” said the German, who was seventh in Portimao.

“So the first job was to learn the circuit on this bike and only then could we start on refining the set-up.

“Over the two days we made some big improvements and, day-by-day, I learnt more about the riding style that these bikes require. It's a learning process, but it is progressing well and we ended with a relatively good feeling.

“I know what I need to work on over the next two weeks and the team have a clear direction in which to work also ahead of the third and final test at Phillip Island.” 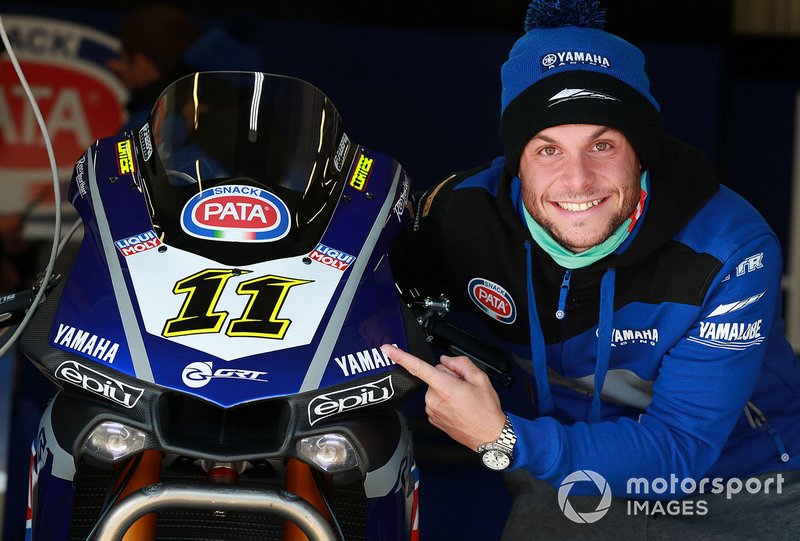