Alex Lowes admits that an opportunity to win his first World Superbike race in almost three years at Phillip Island slipped through his fingers as a result of pitting to change to slick tyres too late in Saturday's opening race.

Kawasaki rider Lowes appeared to have a strong chance of ending a winless run dating back to WSBK's previous visit to the Australian track in early 2020 as he led Jonathan Rea on a wet-but-drying track.

But the timing of each rider's switch from wet tyres to slicks ended up defining the race, and it was Rea and Toprak Razgatlioglu that judged it the best, pitting to make the change on lap 10 of 22.

Lowes meanwhile stayed out until lap 12, and by the time he left he pitlane he had slipped to fifth among the slick-tyre runners, and was only able to battle his way back to third behind Rea and Razgatlioglu.

"To be honest, looking back, I probably had the pace to win that race today in the wet or the dry, and we missed an opportunity pitting a bit late," said Lowes in parc ferme. "But I had no information on the pit board."

He later added: "I probably pitted one or two laps too late but when I got out on the dry tyres, I felt good straight away.

"In general, I’m happy. I think I have a good chance tomorrow whatever the conditions are. Really happy for the team and Jonathan getting back on the top step of the podium, me back on the podium.”

Lowes admitted that being the leader at the point the track was drying out sufficiently to change to slicks may have been a disadvantage, but has no regrets about staying out as long as he did.

"In this situation, it’s always easy to look back and say you should do this or that," he said. "I have to be happy with the decision we made.

"When you’re behind, it’s easier just to follow the guy in front and make the same decision as them. I didn’t have this possibility; I only had the information I had.

"Maybe it’s a bit more difficult to be the first guy on track but I was enjoying being at the front.”

While Lowes was left to lament a chance that got away, teammate Rea was able to celebrate a first victory since May's Estoril round, ending his longest losing streak since he joined Kawasaki in 2015.

The Ulsterman admitted he had even considered pitting a lap earlier, but continued on wets for one extra lap to confirm his intention to stop to his team.

“There were a lot of things going on in that race and that’s what makes the victory a little bit more special because my team were involved in the pitstop," said Rea. 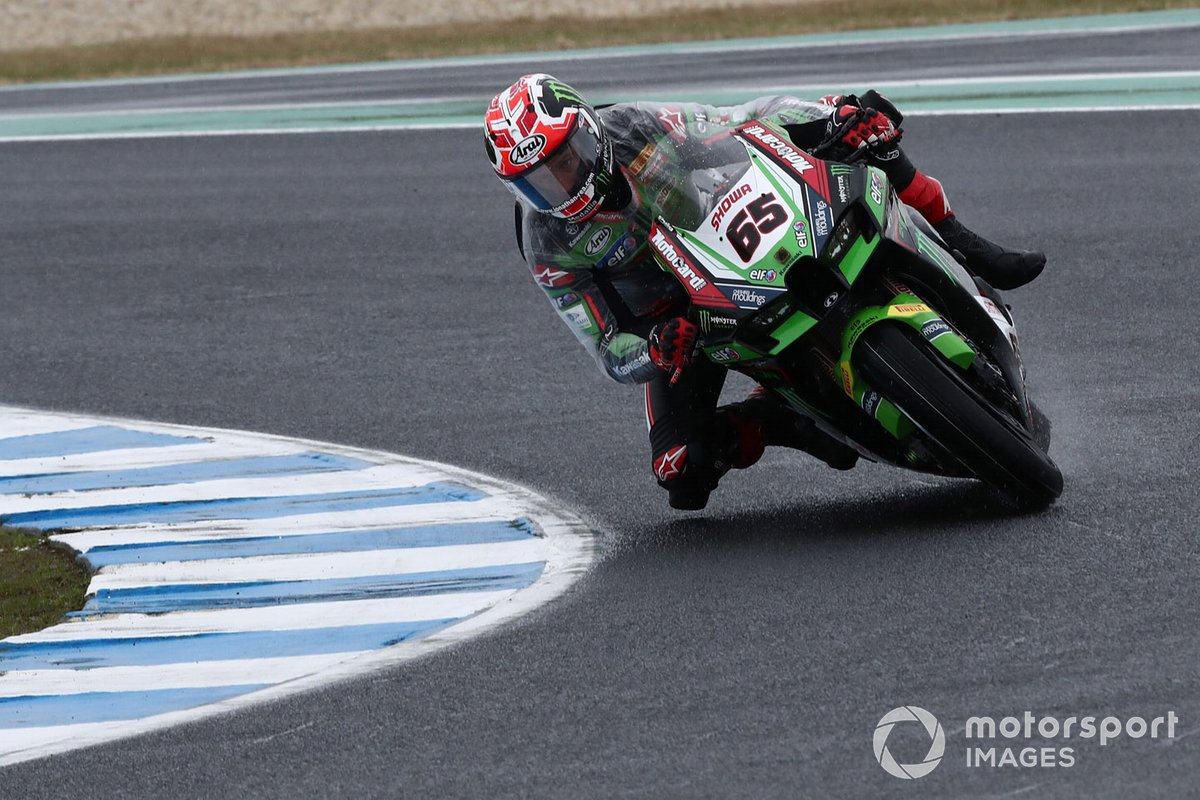 "We could be strong in the wet conditions and also the dry, and I made that perfect decision to come in.

"It was even potentially a lap too late. I was thinking about coming in one lap earlier, but we made a deal with my team that I had to give them a signal on the pit straight. I thought I hadn’t given them the signal yet so came past so gave it one more lap and it was time.

"I saw Toprak was there [pitting at the same time] so I thought the last 10 laps would be with him. I exited the pit box and had a much better stop than Toprak and I could ride to my pit board.”