Former MotoGP rider Loris Baz says a strong showing in the World Superbike Championship at Jerez last weekend is unlikely to change his plans to remain in MotoAmerica next season.

Baz was substituting for the injured Chaz Davies at the Go Eleven Ducati squad, qualifying eight tenths off the pace before finishing an impressive sixth and ninth in the two races on Sunday.

These marked the 28-year-old’s first outings in WSBK since the end of the 2020 season, in which he finished an excellent eighth in the standings for Yamaha’s satellite team Ten Kate.

Baz was in discussions with Yamaha for a factory seat for 2021 but the Japanese marque eventually decided to promote World Supersport champion Andrea Locatelli to the team, leading Baz to forge ties with Ducati and compete in the burgeoning MotoAmerica series on the other side of the Atlantic.

Prior to the Jerez weekend, Baz told Motorsport.com that he was "90 percent" likely to stay in MotoAmerica in 2022.

Asked if his results in Spain had changed anything, Baz replied: “Honestly, no. I wish and I don't wish at the same time. We didn't finish the job we had to do there [in MotoAmerica] and I found a big family there.

"Then of course at the same time I know deep in my head that I'm still sad not being in this [WSBK] paddock and having to live last year was really painful, especially after being promised [what turned out to be] the best ride for this year [with Yamaha].

“But at the same time, I'm thankful to Ducati for giving this bike to me in the US. They need me there. I think I've shown this weekend that I still have the pace to ride here [in WSBK], so we'll see but those two races [at Jerez] are my holidays.”

Baz ended up fourth in his rookie season in MotoAmerica, finishing on the podium in nearly half the races as champion Jake Gagne won all but three races over the course of the campaign.

Having admitted he has unfinished business in the United States, Baz says he and his team need to step up their preparations for 2022 to score a first win in the category.

“Ninety percent I'll be in the US next year with the same team and just trying to work better and work earlier and work through the winter,” he said. “That's what we didn't do this year, we did two days testing, that's it.

“Considering everything, we did a good season and you just need to work harder when you didn't achieve the goals in your first season.

“I've enjoyed riding the bike there a lot, I just didn't enjoy being so far away from the lead sometimes.

“In the couple of races we managed to be pretty close to the top guys. I try to enjoy as much as I can when I'm on the bike and I'm enjoying it a lot here [in WSBK] at the moment because you can see the V4 has really made it work with those tyres. It works better with the Pirelli than the bike works there [on Dunlop tyres].”

Pressed further about his future options, Baz added: “[The MotoAmerica deal is] 90 percent done. The team wants to keep me. [But] we didn't sign a contract, I know more than anyone that when it's not signed it's not done.” 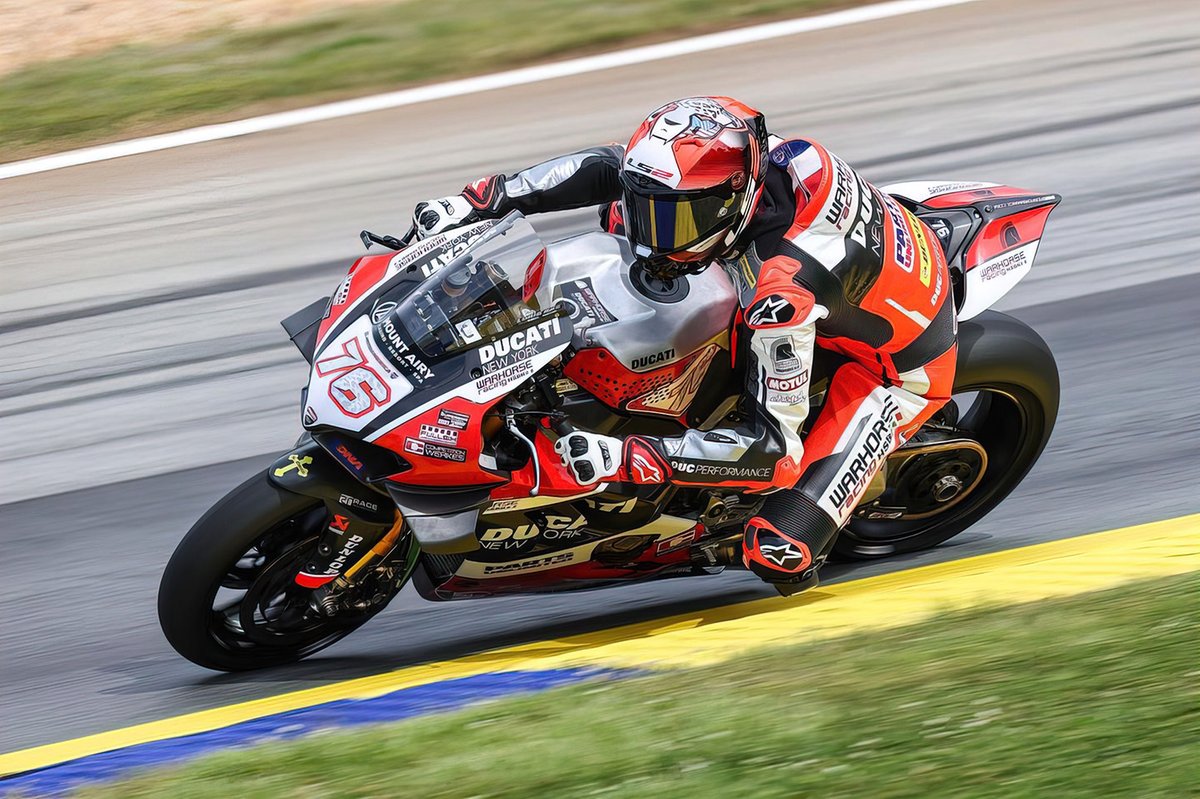 Sykes likely to leave WSBK and return to BSB in 2022