Laverty will bring the curtain down on a decade-long career in WSBK at the end of the 2022 campaign to join the management structure at BMW’s satellite team Bonovo, where he will also serve as rider coach.

The decision was announced during last month’s sixth round of the championship at Most, which marked the halfway point of the season.

Laverty said he was keen to continue racing in WSBK for the foreseeable future when team owner Jurgen Roder and team manager Michael Galinski first made the offer to take on a role in the running of the Bonovo outfit.

But a violent crash in practice that forced him to miss the Assen round and a string of difficult results thereafter prompted him to reconsider his decision, and he concluded that the Bonovo team would be better off with an up-and-coming rider in his place.

“It’s something I have been thinking about for the past months,” Laverty, 36, told the official WSBK website.

“At the beginning of the year Jurgen Roder and Michael Galinski made this proposal to me quite early, not necessarily for next year immediately, but to say, ‘look, you know, whenever you think about to stop racing, we have a great opportunity for you here’.

“Initially I said no, it's not time because I want to return to some good results. It's been a difficult few years and they understood that.

“But after the crash in Assen and Estoril, physically, it's been difficult and the performance hasn't been there. I had to make the choice, and opportunities like this don't come very often.

“So yeah, I called Jurgen and said okay, ‘let’s do this, this is something for my future, it's the next chapter.’

“I've had my chance on this bike, it's my third year on the BMW, so maybe it's time to give another rider the chance." 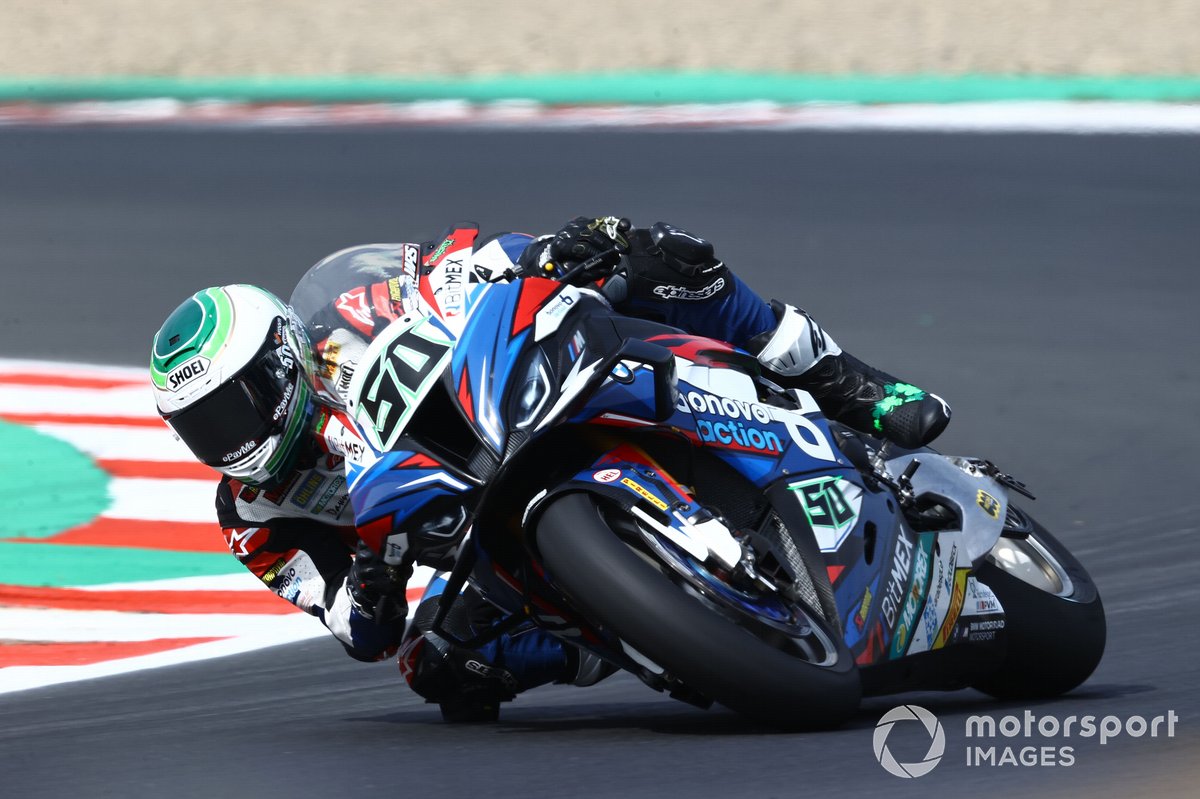 Laverty said he will take time to adapt to his new management role, but hopes his extensive experience in WSBK will help Bonovo to push its way up the grid.

“The first years will be a transition period, sure, I'm going to be learning from the bosses," he said. "But also at the track I'll be taking the role as a rider coach to work together with the riders.

“I know this bike well, so hopefully I can offer something in that department. It's certainly a new chapter for me and it's nice that both Jurgen and Michael believe that I can fulfill this role.”

Laverty moved up to the WSBK in 2011 with Yamaha as a two-time runner-up in World Supersport and put a strong initial impression by scoring a double win in only his fourth appearance of the season in Italy, the home ground for rival marque Ducati.

After Yamaha's withdrawal from the series he moved to Aprilia and he went on to finish second in the championship in 2013, falling 23 points short of beating Kawasaki’s Tom Sykes to the title.

After a lacklustre 2014 campaign on a Suzuki he spent two seasons in MotoGP before returning to the WSBK paddock in 2017, this time with the works-backed Milwaukee Aprilia team.

More manufacturer changes followed over the next few years as he first joined the GoEleven team in 2019 before becoming a part of BMW’s factory assault the next year, and he has remained with the German manufacturer since - albeit at the satellite Bonovo team.

The County Antrim rider says he will carry several memories from WSBK with him when he retires from racing at the end of the season, with his title battle with future teammate Sykes in 2013 the highlight of his entire professional career.

“I came to the World Championship in 2007 in 250cc and [had] two difficult years, but then the move to this paddock was the best moment of my career,” he recalled.

“I finished two times runner-up in the World Supersport Championship with a fantastic team in Parkalgar and then move towards World Superbike, fighting for race wins in every year from 2011 until 2014 winning races.

“I was fortunate because I was a young rider, I was given a great opportunity. I was able to finish second in the championship behind Tom Sykes in 2013. This was the highlight of my career.

“After that, I had some difficult seasons of course. But also some nice moments in 2018, it was a much better year than it looked on paper. I had a crash at the side of the year and broke my pelvis and I had to return from injury, but we finished on the podium, got some pole positions and I really enjoyed that second half of the year.

“It's been difficult in these past few years, physically as well. After my accident in 2019 where I damaged my right wrist quite badly, it's been very tough. I’m 36 years old now. So it's time to think about a change.”

Laverty’s elder brother and retired racer Michael Laverty founded a new Moto3 team run under the VisionTrack banner at the start of the year after taking over the assets of the Petronas-backed Sepang squad.

BMW rider Laverty out of Assen WSBK round due to injury