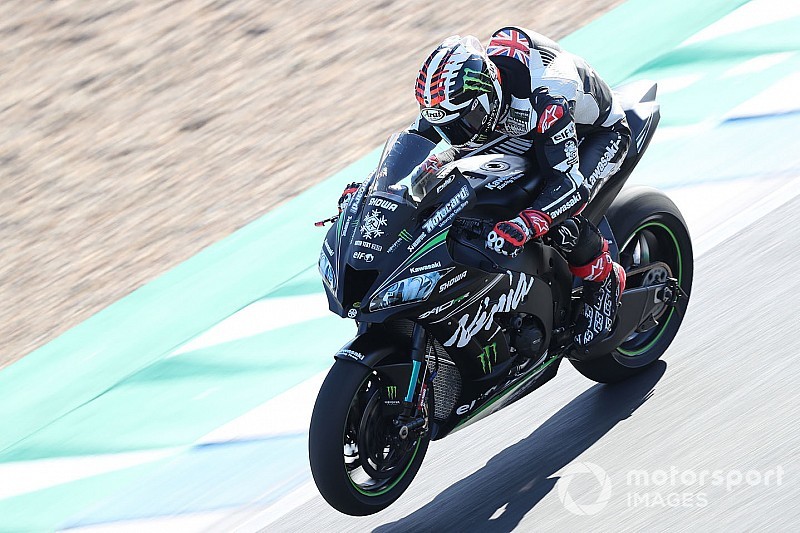 Kawasaki rider Jonathan Rea set the pace on the second and final day of World Superbike pre-season testing at Jerez.

After finishing the opening day 0.008s behind Alex Lowes, Rea went faster than his Yamaha rival with his first flyer of the Thursday test, and kept improving during the session.

He ended up with a 1m39.160s laptime six hours into the session, beating Lowes by two tenths.

Behind the top two, Rea's new Kawasaki teammate Leon Haslam was again third, setting his best time during the final minutes of the test, demoting Alvaro Bautista to fourth.

Ex-MotoGP rider Bautista was the only rider representing Ducati in the top eight, although the Spaniard was nearly half a second off the pace.

Puccetti's Toprak Razigatlioglu took fifth followed by a trio of Yamahas, with Sandro Cortese, who had a crash during the day, and GRT teammate Marco Melandri sandwiching works rider Michael van der Mark.

BMW's Tom Sykes had a big crash at the beginning of the day at the final corner.

After spending Day 1 without transponders, Sykes and his teammate Markus Reiterberger posted a few timed laps at the end of the day, the duo ending up 14th and 15th respectively, as both recorded 1m41.2 times.

Stefan Bradl was again present on a MotoGP-spec Honda, the German setting a time 0.008s faster than Rea.