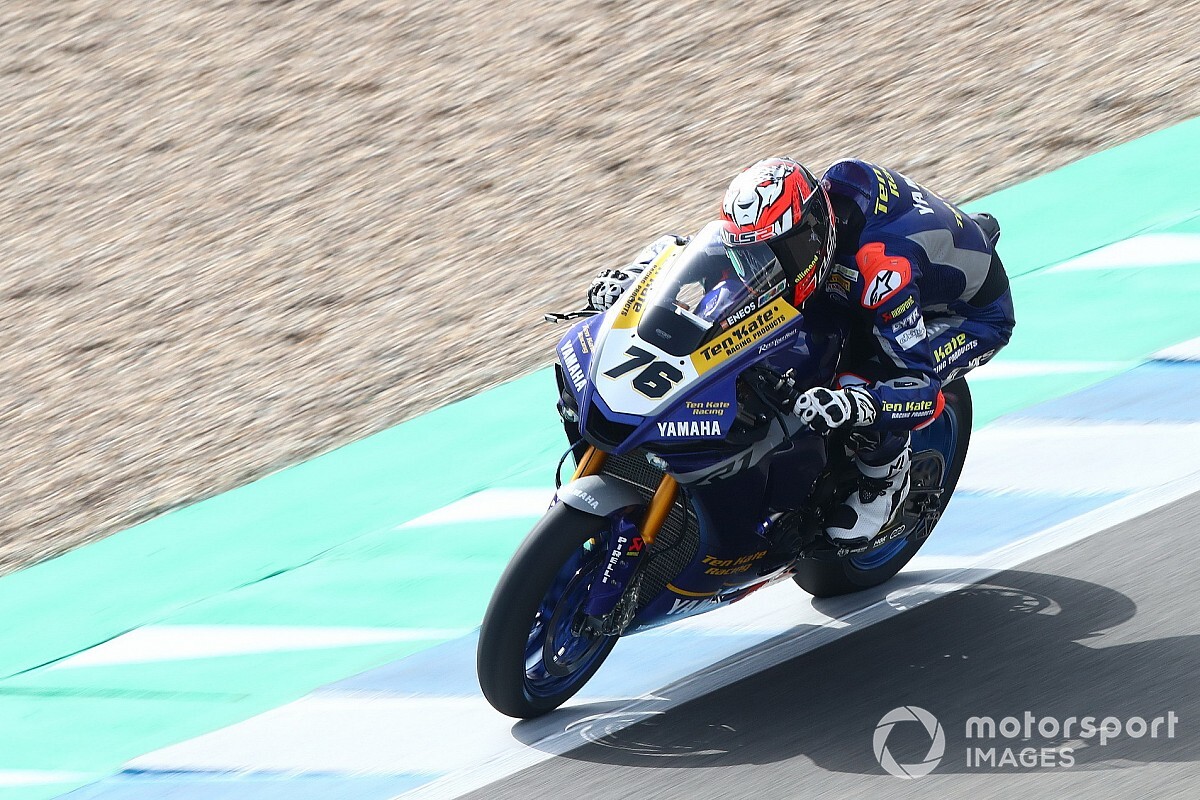 Ten Kate Yamaha’s Loris Baz led the opening day of practice for World Superbike’s return from the coronavirus-enforced shutdown at Jerez ahead of Jonathan Rea.

WSBK was one of the few international series to actually have any racing prior to the global coronavirus crisis, though this was back at the end of February in Australia.

Baz led the first 50-minute session of the Jerez weekend with a 1m40.249s, though his session was interrupted by a technical issue.

The French rider led reigning world champion Rea, who secured his Kawasaki future during the five-month break with a new multi-year deal, by 0.062s.

Alvaro Bautista on the best of the factory Hondas followed in third ahead of Ducati duo Scott Redding and Chaz Davies.

Baz established himself at the head of the pack at the start of the second session in the afternoon with a 1m40.937s, with Rea 0.038 seconds behind.

The Ten Kate Yamaha’s time stood as the benchmark for some time, with Redding eventually usurping him with a 1m40.842s with around 20 minutes to go.

The reigning British Superbike champion improved again to a 1m40.628s, though this would come under threat in the closing stages from Go Eleven Ducati's Michael Ruben Rinaldi.

Rinaldi suffered an odd crash in FP1 at Turn 6, with an apparent brake issue forcing him to bail from his customer V4 R Panigale. Unscathed, Rinaldi was able to return to action in FP1 and pipped Redding’s effort with a 1m40.562s five minutes from the finish.

Rinaldi lit up the timing screens again on the following tour and produced a 1m40.325s to get within a tenth of Baz’s best lap from the morning and top FP2.

The increased temperatures in the afternoon session meant only eight riders from the 23-strong field made an improvement on the combined timesheets. This left Baz at the head of the standings from Rea, with Rinaldi muscling his way into the top three overall.

Bautista ended the day fourth overall by virtue of his FP1 time, with Redding and Davies followed by Yamaha’s Toprak Razgatlioglu and Michael van der Mark, the second works Honda of Leon Haslam and points leader Alex Lowes on the Kawasaki completing the top 10.

Garrett Gerloff was just outside the top 10 in 11th on the GRT Yamaha ahead of his teammate Federico Caricasulo, with Tom Sykes top BMW in 13th.

Sykes’ teammate Eugene Laverty crashed at Turn 1 during FP2, but still made an improvement on the combined times to 15th – with the returning Marco Melandri 14th as he takes over the Barni Ducati from the injured Leon Camier.

Davies was the only other faller on Friday, the factory Ducati man sliding off his bike gently at Turn 2 13 minutes into FP2.