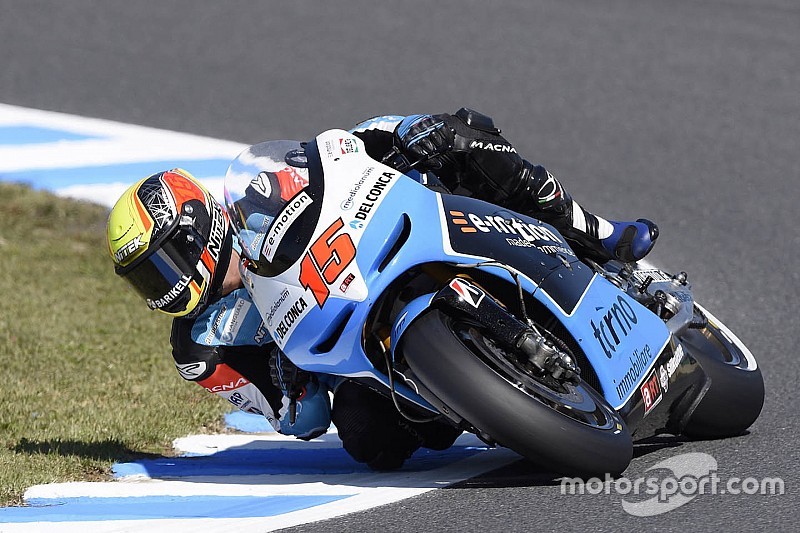 The Ioda Racing Project team is close to agreeing terms to run a pair of Aprilia RSV4s in World Superbikes this season, Motorsport.com understands.

The news broke last week that the Ioda outfit was in negotiations with Aprilia to depart the MotoGP grid and represent the Italian manufacturer in WSBK instead, along with current rider Alex de Angelis.

Indeed, Motorsport.com understands that a deal between Ioda and Aprilia is close to being struck and is expected to be finalised in the coming days, despite team boss Giampiero Sacchi's previously stated preference to try and remain in MotoGP.

"Sacchi has taken this iniative, and we are very close to agreeing a deal with him," Aprilia's Romano Albesiano has previously told GPOne.

"It is a matter of a few days, because the bikes will leave for Australia between 8 and 10 February, that's the deadline."

However, it is also understood that Aprilia has been in contact with other teams besides Ioda regarding running its machinery in WSBK, including the ill-fated JR Racing project.

JR Racing was forced to abandon plans to field two BMW S1000RRs for Toni Elias and Ayrton Badovini last year, as promised funding from the Dominican Republic failed to materialise.

It nevertheless seems unlikely the squad would fulfill Aprilia's criteria of having a financially sound and technically competent team to oversee the running of its bikes.

The Italian manufacturer was represented last year by the Red Devils team, which ran Jordi Torres - now at Althea BMW - and Leon Haslam, who has stepped down to British Superbikes for 2016.