Honda rider Xavi Vierge has been diagnosed with multiple fractures following a high-speed crash in last weekend’s final World Superbike Championship race at Misano and will undergo surgery on Thursday.

Having secured a career-best fourth in the Superpole race earlier on Sunday, Moto2 convert Vierge was set for another top-five finish on an ever-improving Honda bike as he battled with the Motocorsa Ducati of Axel Bassani.

But just after the halfway point of the race, Bassani hit the front tyre of Vierge’s Honda CBR1000RR-R at Turn 11, with the Spanish rider revealing that he had to jump off the bike to avoid hitting the wall at the exit of the corner beyond the gravel trap.

It was immediately clear that the accident was severe and Vierge rider was transported to the medical centre for check-ups.

It remains unclear how long it will take for Vierge to regain full fitness, but a five-week break until the next WSBK round at Donington Park on July 16-17 means the risk of missing races remains low.

Describing the incident after only the second DNF of his rookie season, Vierge said: “The crash was a real pity because we’ve had an incredible weekend and were running a really good second race.

“I think the other rider [Bassani] overtook me, touching my front wheel, so I found myself in direct line with the wall and had to jump off the bike. I was lucky because I touched the ground at a very high speed.

“After an initial check, it looks like I might have broken something in my right hand but nothing important.

“So, first thing Monday I will undergo more comprehensive examinations to understand our next steps in order to be ready to ride as soon as possible. I want to say thank you so much to my team and technicians because they are doing an amazing job.”

UPDATE: Honda announced on Monday that Vierge will undergo surgery on Thursday June 16 on two of the six fractures detected on his right hand.

“After injuring his right hand in a racing incident that occurred during the second WorldSBK race at the Misano World Circuit on June 12, Xavi Vierge has undergone further medical tests this morning as planned," read the statement.

"The examinations, carried out by Dr. Xavi Mir at the Hospital Universitario Quiron Dexeus in Barcelona, Spain, have confirmed six fractures to the rider’s right hand, two of which require surgery. The two bones in question are the third metacarpal bone and the hamate bone, which will be operated on by Dr. Mir and his team on Thursday.

"The surgery will not be done any earlier because it is important to wait three days to be sure that Xavi is suffering no consequences from the blow to the head that he suffered in the fall.” 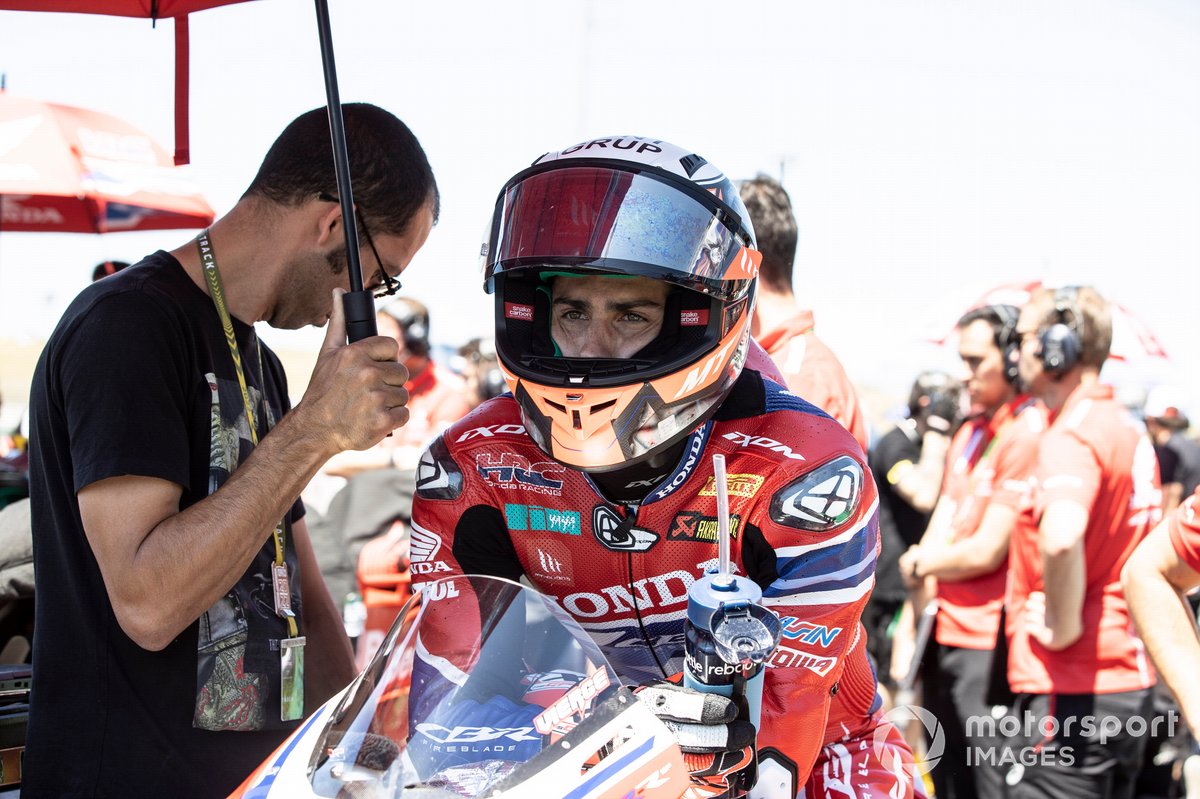