Riders Nicky Hayden and Stefan Bradl were on hand at Red Bull's Hangar-7 base near Salzburg to show off the 2017 CBR1000RR SP2 in its new colours.

The bike, which is based on the latest iteration of the road-going Fireblade, made its track debut last month during a two-day test in Jerez, and was honed further in another test at Portimao.

Former MotoGP champion Hayden described the latter outing as "frustrating", as he struggled with the power delivery of the new machine around the Portuguese track.

The American rider nonetheless was upbeat about the 2017 season, his second in World Superbike, which begins later this month at Phillip Island.

"It's all happening," said Hayden. "A lot of new things going on, we're very excited and very motivated by a lot. The fans expect a lot of us, as we expect from ourselves also."

Bradl meanwhile makes his World Superbike debut after switching from MotoGP, where he raced from 2012 to 2016 with the LCR Honda, Forward Yamaha and Aprilia teams.

"A lot of things are new for me, but I'm looking forward to the challenge, especially with the new Fireblade," said the former Moto2 champion.

"Together with my new teammate I think we can manage to bring the new Fireblade on top."

Honda's launch kicks off a week when the works Yamaha, Ducati and Kawasaki teams are all revealing their 2017 machines.

Aprilia was the first factory-backed team to show off its new bike, doing so during Jerez testing. 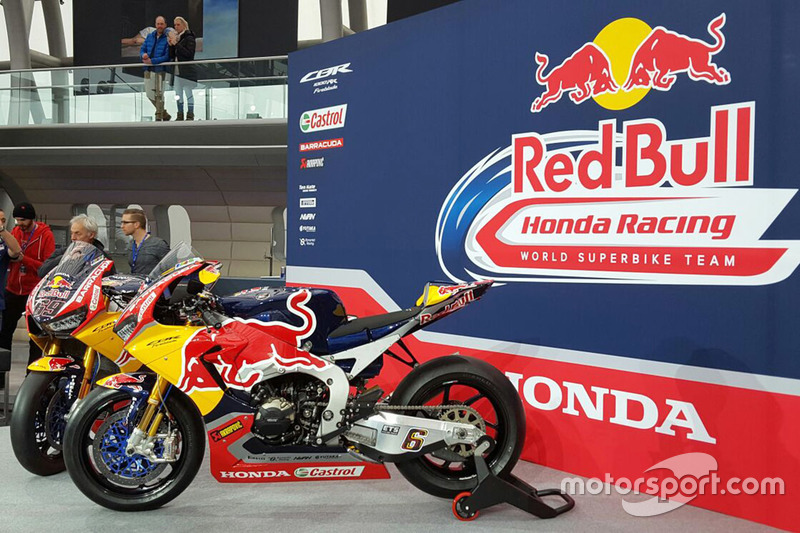