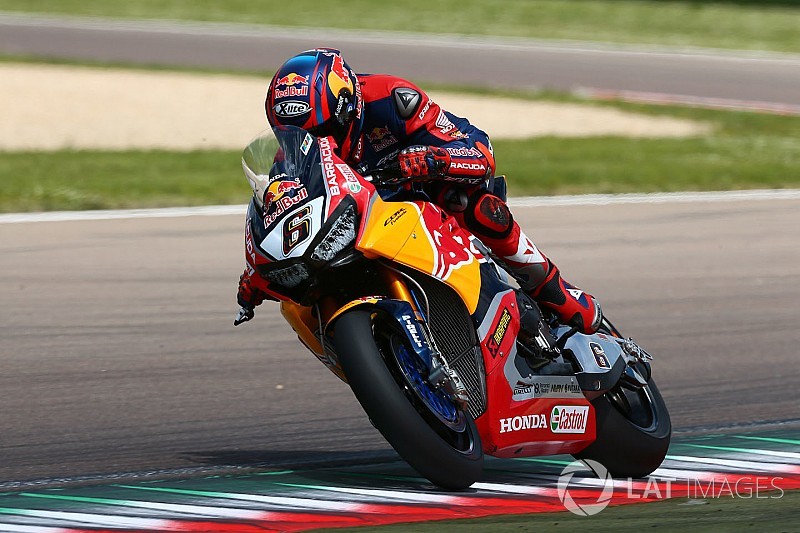 The Honda World Superbike team has confirmed it will enter a sole bike in this weekend's Donington Park round for Stefan Bradl following the passing of Nicky Hayden.

Former MotoGP champion Hayden lost his life on Monday after succumbing to injuries sustained in a cycling accident in Italy last week following the most recent WSBK round Imola.

His Ten Kate-run Honda team had previously confirmed it would take part in the upcoming Donington Park round despite the tragedy, but now it has announced it will not replace Hayden for the weekend.

It means Bradl will be the sole Honda representative at the Leicestershire venue.

"Obviously, this is not going to be a round like any other: everything we have been doing a million times at a racetrack will have a whole different meaning and feeling to it," said team technical boss Pieter Breddels.

"We will all stay strong together and give our best support to Stefan, who has the hard task to go out there and give it all. And, of course, we will pay tribute to Nicky in the best way we know and we hope to make him proud."

Bradl added: "This weekend is going to be very difficult for everybody. Nicky was a racer, was born and raised into a racing family and all his life was about enjoying racing, so we will be here to keep his passion alive and pay tribute to him the best possible way.

A minute's silence will be held at Donington in Hayden's honour at 2pm local time on Saturday.