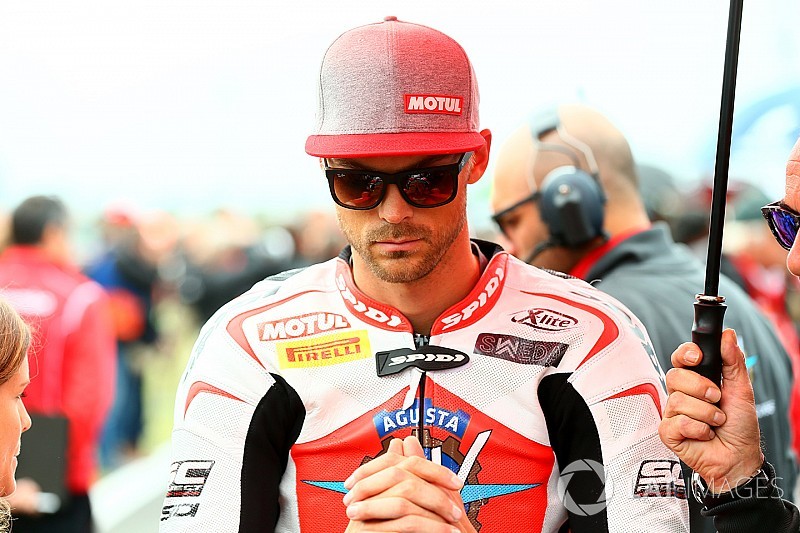 Honda has signed Leon Camier for the 2018 World Superbike season, the Briton ending a three-year stint with MV Agusta at the end of this year.

Camier has long been rumoured to join Honda, which had a troubled first season with its new CBR1000RR Fireblade bike.

The 31-year-old Briton has been a WSBK regular since 2010, spending two years with Aprilia and Suzuki each before joining MV Agusta during the 2014 season.

After taking 13th and eighth in the past two years, Camier has been a regular top-six finisher this season.

He has has failed to claim his first podium for the Italian team yet, as his season has been blighted by mechanical failures.

Camier is the first rider to be confirmed by Honda for 2018.

"We’re extremely happy to have Leon on board for the upcoming WorldSBK season," said Marco Chini, Honda's WSBK operations manager.

"He’s a great talent and an extremely professional rider, so I’m sure it will be a pleasure to work with him.

"We’re confident that his expertise will help us raise the performance of the Honda CBR1000RR Fireblade SP2 to a whole new level, so we’re looking forward to the new challenge.

"Right now, however, there’s still a season to complete, so we are fully concentrated on the remaining rounds in order to improve our package and finish the year on a high note."

Stefan Bradl, who is forced to skip the final three rounds of the current season due to injury, has yet to commit to another campaign with the Japanese brand.

Honda is currently last in the manufacturers' championship, with a best finish of sixth at Assen this year.