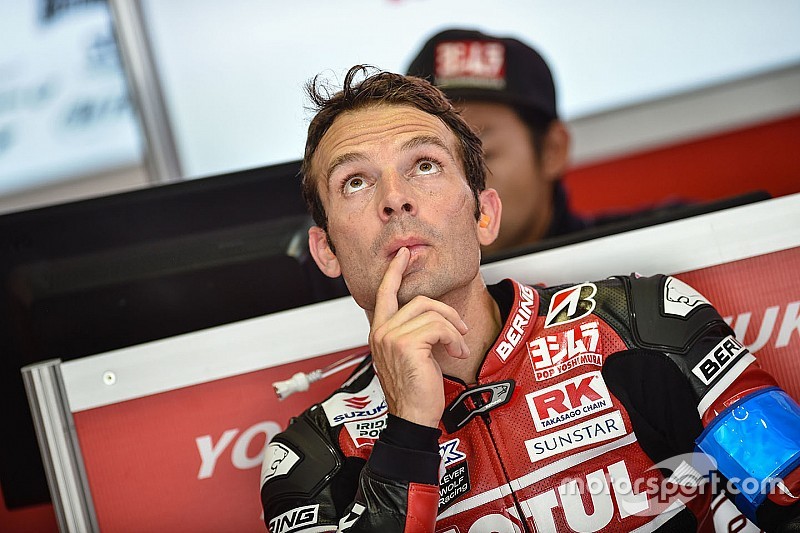 Former World Superbike champion Sylvain Guintoli will race in the final two rounds of the 2017 season, and is set to make a full-time return in 2018.

Guintoli will join Italian team Puccetti Racing for the Jerez and Qatar rounds, and looks set to join the Kawasaki squad for the full 2018 season.

The 2013 WSBK champion moved to British Superbike with Suzuki this year, following an injury-ridden 2016 campaign with Yamaha.

The 35-year-old was also given three MotoGP races with Suzuki to replace the injured Alex Rins.

Puccetti Racing expanded into WSBK from World Supersport this year, starting the year running a sole Kawasaki for Randy Krummenacher.

After nine rounds, Krummenacher was replaced by Anthony West, who signed with the team for the final four weekends of the season.

However, West is now in line to step down to World Supersport within Puccetti's ranks, to replace title contender Kenan Sofuoglu, who suffered a fractured pelvis in the previous round at Magny-Cours.

Puccetti is set to expand its operations to two bikes in WSBK in 2018, as Guintoli is likely to be joined by Superstock 1000 frontrunner Toprak Razgatioglu.

Meanwhile, Sofuoglu is looking to continue in Supersport alongside Japanese rookie Hikari Okubo, who is currently 14th in the standings.