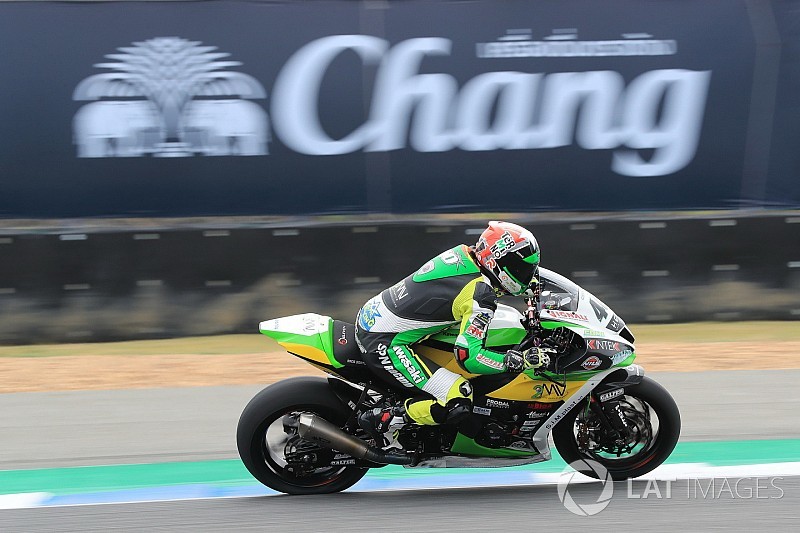 Team Go Eleven World Superbike boss Gianni Ramello has labelled the series a “ridiculous farce unworthy of being called a World Championship” in a scathing outburst on his Facebook page.

WSBK has introduced a number of rule changes for this year in a bid to make the series more competitive, with adjustable rev limits, engine concessions and price caps on factory parts for independent teams all being put in place.

After four races, three different riders have taken victories, while Yamaha, Kawasaki, Ducati and its customer Barni team have tallied up at least one podium finish.

However, besides Barni rider Xavi Fores, the other privateers have failed to make an impact, with Puccetti Kawasaki's Toprak Razgatlioglu the only other independent rider to breach the top eight so far.

Ramello believes the 2018 rules have made things worse for the independent teams, and he made his feelings clear on his Facebook page after his rider Roman Ramos finished a distant 14th and 13th in last weekend's Buriram races on his Kawasaki.

"The great levelling that Dorna wanted in WSBK has arrived, and as I predicted four months ago we are still at the back," Ramello wrote in a scathing post that has since been deleted.

"After two rounds, the first [Kawasaki] privateer [Razgatlioglu] is 51 points from the lead of the championship. The ridiculous and embarrassing result we suffered in Buriram was the same as in 2017. We have been squeezed and penalised financially to do badly.

"It's disparaging for the riders who are risking their lives to not even be seen in the same shot all race as the works bikes. It's hell in every race, it was definitely better before."

Ramello blamed his team's current woes on "absurd regulations", and said organisers Dorna and the FIM lacked "courage" to simplify the rules, especially surrounding the electronics.

"This is the product of a general inability to manage the situation, trying to resolve it with 340 pages of unnecessary absurd regulations, thinking that with the engines at our disposal and some other components this would solve the gap," he continued. "They have made it worse.

"We are in a lot of trouble as we depend on electronics to which we only have partial access and therefore do not help the bike.

"It would have sufficed to have two well thought out rules that Dorna and the FIM didn't have the courage to write. They didn't do this, or take into account the requests and protests of the privateers."

The disgruntled team boss also slammed WSBK's races this year as "fake", and says the series' satellite teams are now purely present to make up the numbers on the grid.

"Don't believe in fairytales. The races in WSBK this year are clearly fake, constructed by rules so absurd that reading them makes you sick," Ramello added.

"The role of the privateer is that of filler to keep the grid full – and we are destined to be the worst (if you think the works team is suffering, imagine how much we are suffering) – the customers of the winning brand and therefore guilty regardless of everything.

"With a depressed rider, a team totally dependent on adjustments made by the parent brand and Magneti Marelli, the same or worse television coverage - non-existent for us - what great prospects a private team has!"

Although no longer visible on Facebook, Ramello's original statement in Italian can be read on Motorsport.com's Italian edition by clicking here.

Laverty to skip three WSBK rounds due to injury

Rea Q&A: "Punishing Kawasaki for dominating is not sport"