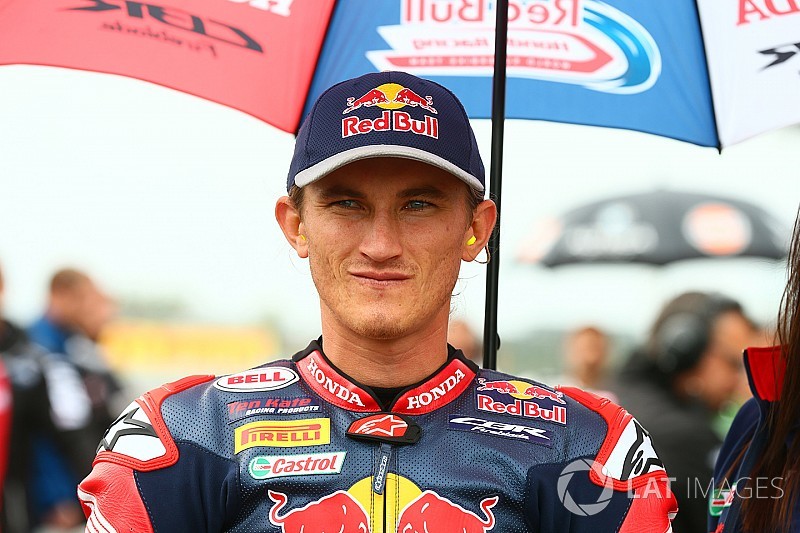 The Honda Ten Kate World Superbike team has announced Jake Gagne as its second rider for the 2018 season.

MotoAmerica regular Gagne, 25, contested three rounds for the Red Bull-backed team this season, making his WSBK debut on home turf in Laguna Seca before getting further outings at Magny-Cours and Qatar.

The opportunity to race in the latter two venues came when Stefan Bradl injured himself in a crash at Portimao, which ruled him out of taking part in the final three rounds of the year.

Now it has been confirmed that Gagne will join the previously-signed Leon Camier for a full season in 2018, which leaves Bradl out in the cold.

"I cannot thank Red Bull, Honda and Ten Kate enough for the opportunity to race the Honda CBR1000RR Fireblade SP2 over three rounds this year.

"I have learned so much from them and I got to know them quite well, so I’m looking forward to getting going again. 2018 will be an exciting year for me, with a lot of travelling and racing on some of the best race tracks in the world."

Gagne becomes the second American rider to be confirmed for the 2018 WSBK season, following the news that PJ Jacobsen will race a satellite Honda for the new TripleM outfit.

Team operations manager Marco Chini added: "We are delighted to have Jake on board for the 2018 season.

"He picked up the challenge this year and jumped on our Fireblade without prior testing and did well at Laguna Seca, and later showed his talent at tracks he had never raced before.

"He is young, gifted and a great guy, so he’s the right choice for the team to ride alongside Leon."

American rider Jacobsen steps up to WSBK for 2018