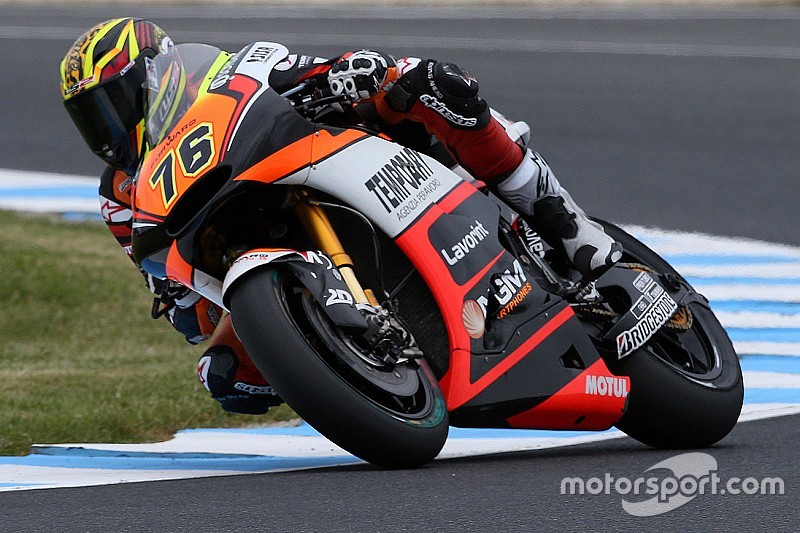 Forward Racing will race in World Superbikes in 2016 as the official team for MV Agusta, with former Grand Prix winner Marco Melandri assuming a development role.

The Swiss team’s MotoGP future had been in doubt since the arrest of team boss Giovanni Cuzari in July, which forced the team to skip the Indianapolis race and led to the departure of Stefan Bradl to Aprilia.

Forward returned at the following Brno round, with Claudio Corti replacing Bradl alongside team regular Loris Baz before Toni Elias joined the team at Aragon.

The announcement brings an end to a four-year MotoGP stint for the team, which began in 2012 with Suter machinery under the CRT regulations.

Its fortunes took a considerable upturn in 2014 when it signed a deal with Yamaha to run two-year old factory M1s, with Aleix Espargaro finishing second at Aragon that year and placing seventh in the riders’ standings.

Forward’s best result this year was a fourth place courtesy of Baz, who will ride for Avintia Ducati next season, in mixed conditions at Misano.

The team will continue to compete in Moto2 next season, with Lorenzo Baldassarri already confirmed as a rider.

MV Agusta, meanwhile, joined the World Superbike field in 2014 with an alliance with Yakhnich Motorsport, fielding Corti, before the Italian marque took over full control of the squad for this season.

Its sole rider Leon Camier finished 13th in the 2015 standings, with a best finish of fifth at Magny-Cours.

Cuzari will take over as team boss at MV Agusta, while former 250cc world champion Melandri joins to work on development of the 2016 F4 RC.

Melandri quit the Aprilia MotoGP squad earlier this season with the aim of securing a return to World Superbikes, although it is not yet known if he will race for MV Agusta at this stage.

"I'm really pleased to announce that an agreement has been found with MV Agusta: for a long time we have been aiming to cooperate with an important manufacturer and we have finally succeeded,” said Cuzari.

“MV Agusta represents the best the Made in Italy can offer and this collaboration will surely be a great growth opportunity for all in order to reach the top of WSBK and to aim for MotoGP.”

Forward also takes over the MV Agusta World Supersport squad, which fielded Jules Cluzel and Lorenzo Zanetti as regular riders this year, Nico Terol standing in for an injured Cluzel in the final three races.