Jonas Folger and Lucas Mahias have both been ruled out of Sunday's World Superbike races at Assen following their crashes during Saturday's opening race at the Dutch circuit.

MGM BMW rider Folger was on course for his best finish in WSBK so far on Saturday as he ran sixth for most of the race, only to suffer a high-speed crash at the Turn 6-7 complex on lap 19 of 21.

The crash was severe enough to bring out the red flags, after which the race was not restarted.

Folger was subsequently taken to the medical centre and then to hospital for checks, which revealed he had escaped any serious injury, only suffering contusions to his back and concussion.

The German was discharged on Saturday night but was not granted permission to take part in Sunday's action by doctors.

"This was really a great weekend until the crash," said Folger, who was running seventh at the time of the accident. "I'm really pleased that we were able to show again that we have the speed and can race super. That was very good for all of us.

"I actually wanted to start today, even though I'm in pain and walking a bit stiff, but I felt ready. Unfortunately, I didn't get the ok from the track doctors. I still want to thank the team for the great work and that we found our way back."

Puccetti Kawasaki rider Mahias meanwhile crashed out of Saturday's opening race on lap 13, suffering a fracture left scaphoid. The French rider will return to his home country to have surgery on the injury. 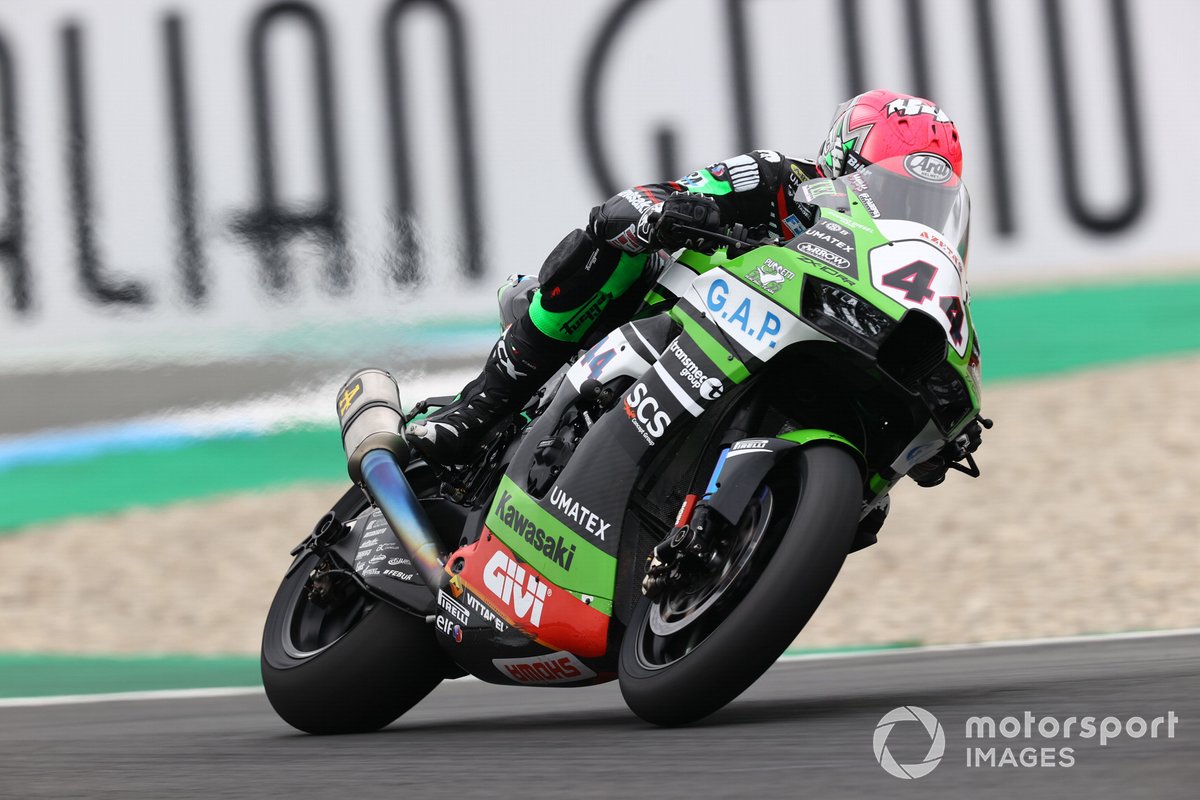 With Folger and Mahias out of action for Sunday's Superpole race and the second full-distance race of the weekend, it reduces the grid to 19 bikes.