Ex-MotoGP racer Jonas Folger has said he is trying not think about his World Superbike potential aboard a Yamaha amid his current struggles with a satellite BMW.

Folger has spent most of his recent career on Yamaha machinery, riding for the Iwata firm’s long-time customer Tech 3 squad during his one and only MotoGP season in 2017 and returning to the grand prix paddock as a Yamaha tester after a spell away from racing due to illness.

He then switched to the German Superbike series last year, winning the title aboard a Yamaha R1 and making his first WSBK starts as a wildcard.

However, after joining WSBK full-time this year for the newly-formed MGM Racing BMW team, Folger has struggled badly, scoring just one points finish all year in the opening round at Aragon – leaving him 19th in the standings.

The German seemed to have made progress in last month’s Assen round, qualifying a season-high sixth, but crashed out late in the opening race while running seventh and sustaining injuries that ruled him out of the remainder of the weekend.

“It goes up and down, but mostly down,” Folger said in an interview with Motorsport.com’s German edition. “I have no front feeling and I can’t ride the way I want. I don’t know why it worked in Assen, now we have the same problems as before Assen.

“I have no feeling with the bike at all. When I push, I crash. And then it’s difficult as a rider to have any confidence. What am I supposed to do? I can’t do more.

“We know it’s not easy [with BMW]. Michael [van der Mark] is also struggling. You can always find something, like we did in Assen. But then it doesn’t work here. It’s tough.” 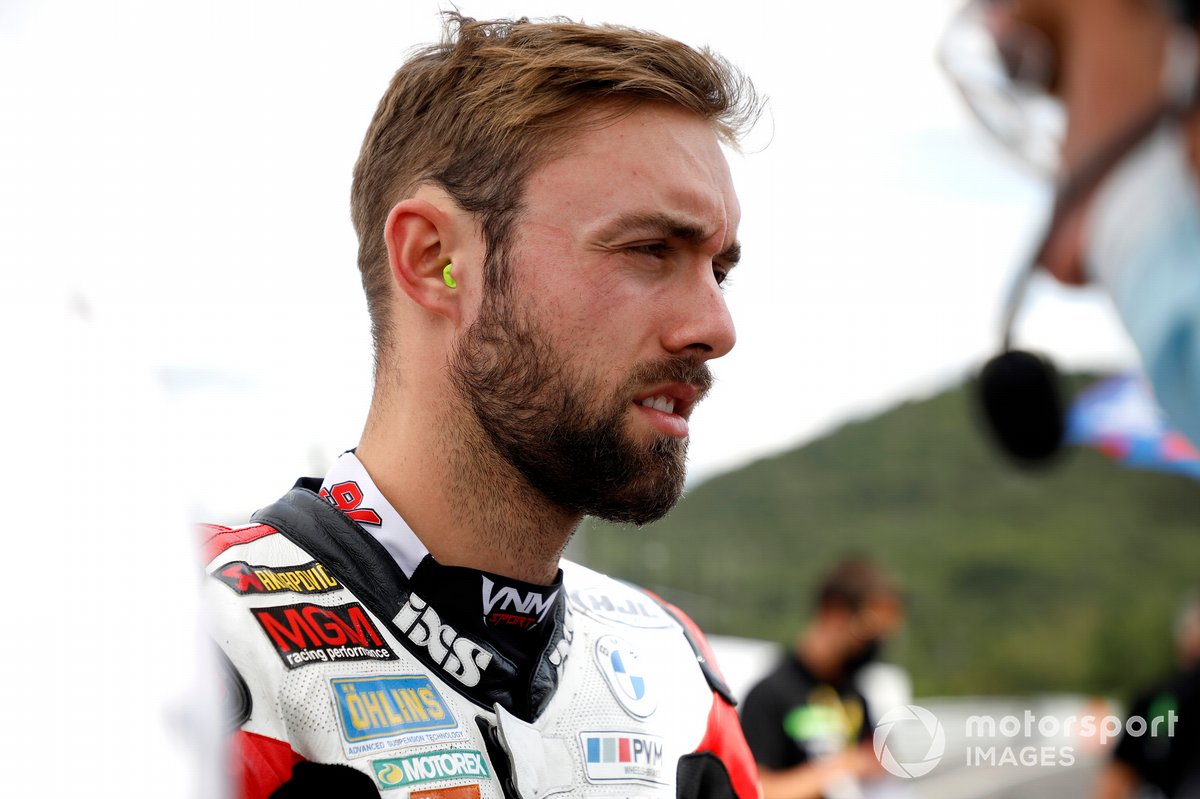 BMW as a whole has had a mixed start to the 2021 season with the new M1000RR, with factory riders Tom Sykes and van der Mark both scoring podium finishes at Donington Park but struggling to match the established top manufacturers elsewhere.

Yamaha meanwhile is enjoying its best form in years, leading the manufacturers’ standings with Toprak Razgatlioglu just three points away from the head of the riders’ table.

“I can’t allow myself to look at that,” Folger said of Yamaha’s success. ”That would drive me crazy. There’s no doubt the Yamaha is an easy bike to ride.

“The BMW has its strengths as well, it’s just you have to take advantage of these. Something comes up and you think the potential is there, but then you come to another track and you get thrown backwards.

“You can’t take anything from Tom, you can’t use his set-up or copy his riding. The difference is too big. Michael is the only [BMW] rider who rides similar to me, and he has the same problems.

“I don’t know what needs to happen for me and Michael to use the BMW properly. I think it’s the frame, but I’m not a psychic. I can only say what I feel.”

Suzuki to make first WSBK appearance since 2018 in Navarra