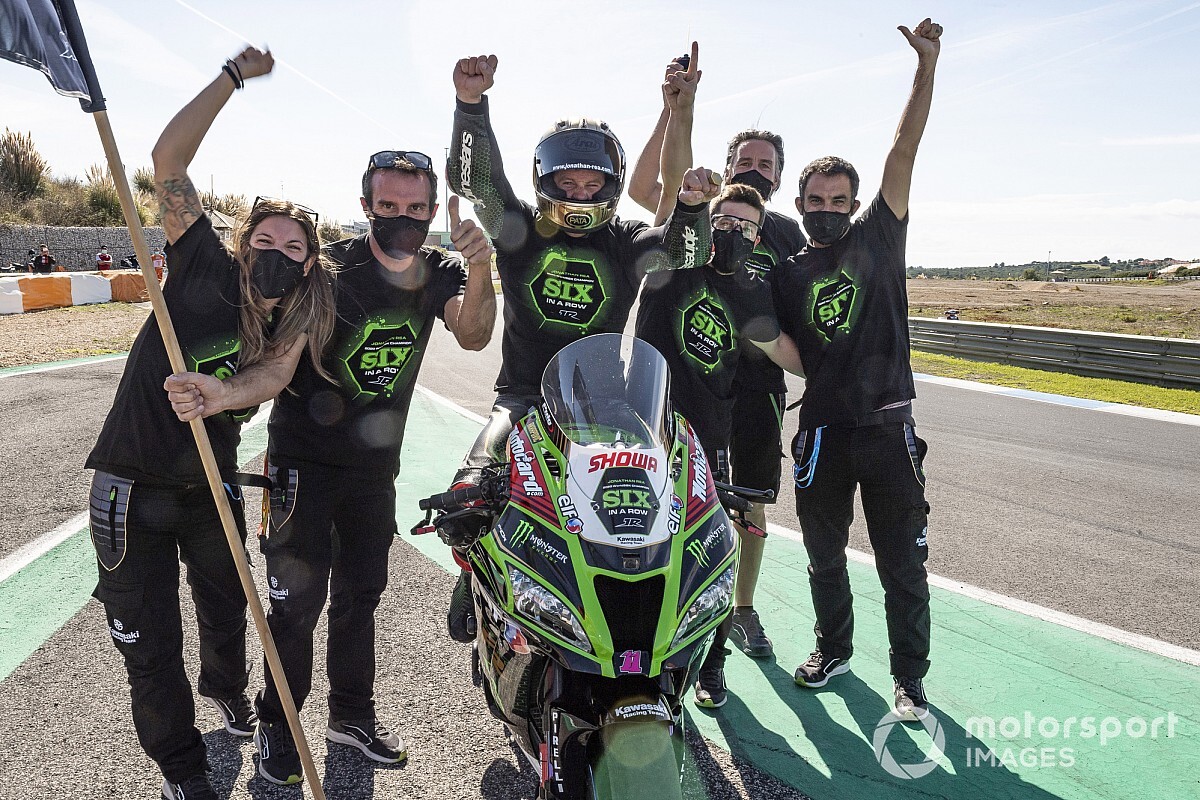 Jonathan Rea clinched a record sixth World Superbike title with a fifth place finish in Race 1 at the Estoril decider, as Yamaha rider Toprak Razgatlioglu claimed his second victory of the season.

Both title protagonists Rea and Scott Redding crashed in the Superpole session on Saturday morning, qualifying down in 15th and 23rd respectively, as Razgatlioglu claimed a maiden pole position on the factory Yamaha.

The two riders were on the move early on, gaining eight positions each on the opening lap to run in seventh and 15th respectively.

But while Redding’s recovery slowed down, Rea continued to move up the order, executing a brilliant double pass on Kawasaki teammate Alex Lowes and Michael van der Mark at Turn 1 on lap 2 before clearing Leon Haslam and Michael Ruben Rinaldi on the following tour.

The title was effectively settled in Rea's favour when Redding’s hastily-rebuilt Ducati began to slow down on lap 6 with an apparent technical problem, forcing the British rider to retire.

Despite Redding’s DNF, Rea continued to push for the next few laps, overtaking the GRT Yamaha of Garrett Gerloff and then chasing long-time leader Razgatlioglu with the aim of clinching the 2020 crown with his 100th career win.

However, his pace began to drop off in the middle of the race, allowing first Ducati’s Chaz Davies and then Gerloff to push him outside the podium positions. Haslam also managed to overtake Rea the final lap, but with Redding out, fifth was enough for Rea to clinch his sixth consecutive title and cement his position as the most successful rider in the series.

Out front, Razgatlioglu claimed his first victory since the Phillip Island opener by a dominant margin of three four seconds, with Ducati’s Davies and Gerloff rounding out the top three ahead of Honda man Haslam and Rea.

Former MotoGP rider Alvaro Bautista was running inside the top 10 when he lost the front end of his Honda with three laps to go at the turn 6 double left-hander.