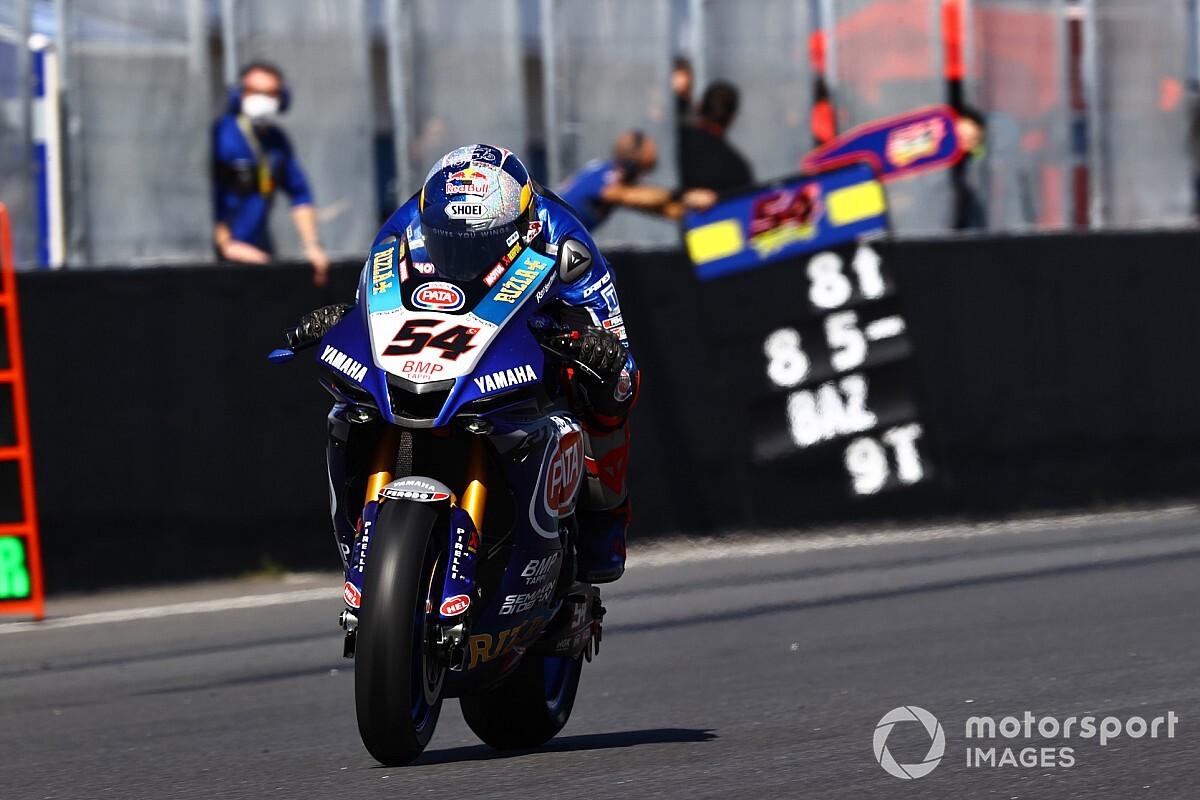 From pole, Razgatlioglu made a rapid start to lead the field into Turn 1, with GRT Yamaha’s Garrett Gerloff overtaking factory Honda rider Leon Haslam to slot into second.

From there, the Turkish rider enjoyed an untroubled run to the finish as he broke the circuit lap record, taking the chequered flag by a commanding margin of two seconds.

Gerloff likewise stayed well clear of the chasing pack to finish second, securing a third podium finish of his rookie season - and second in a row.

The fight for the final spot on the podium was fought hard between Ducati’s Chaz Davies and Michael van der Mark, with the latter coming on top to make it a podium lockout for Yamaha.

The two riders made light contact when Davies ran wide at Turn 3 on lap 7, but both were able to continue without suffering any damage to their bikes.

Their battle was sealed in van der Mark’s favour when Davies made a mistake on the penultimate lap, allowing the Yamaha rider through to take third.

Both newly-crowned champion Jonathan Rea and Ducati’s Scott Redding were able to rise up the order following a disastrous qualifying session in which they suffered separate crashes, finishing less than a second off each other in fourth and fifth respectively.

Alvaro Bautista finished as the top Honda rider in seventh after passing Haslam on lap 5, the latter slipping down the order after qualifying on the front row of the grid.

Michael Ruben Rinaldi, who will replace Davies at the factory Ducati squad next year, wrapped up the independent riders’ title with a ninth place finish for the Go Eleven team.

Puccetti Kawasaki rider Xavi Fores rounded out the top 10 ahead of the top BMW of Tom Sykes, as Eugene Laverty was classified in 16th place on the second S1000 RR.