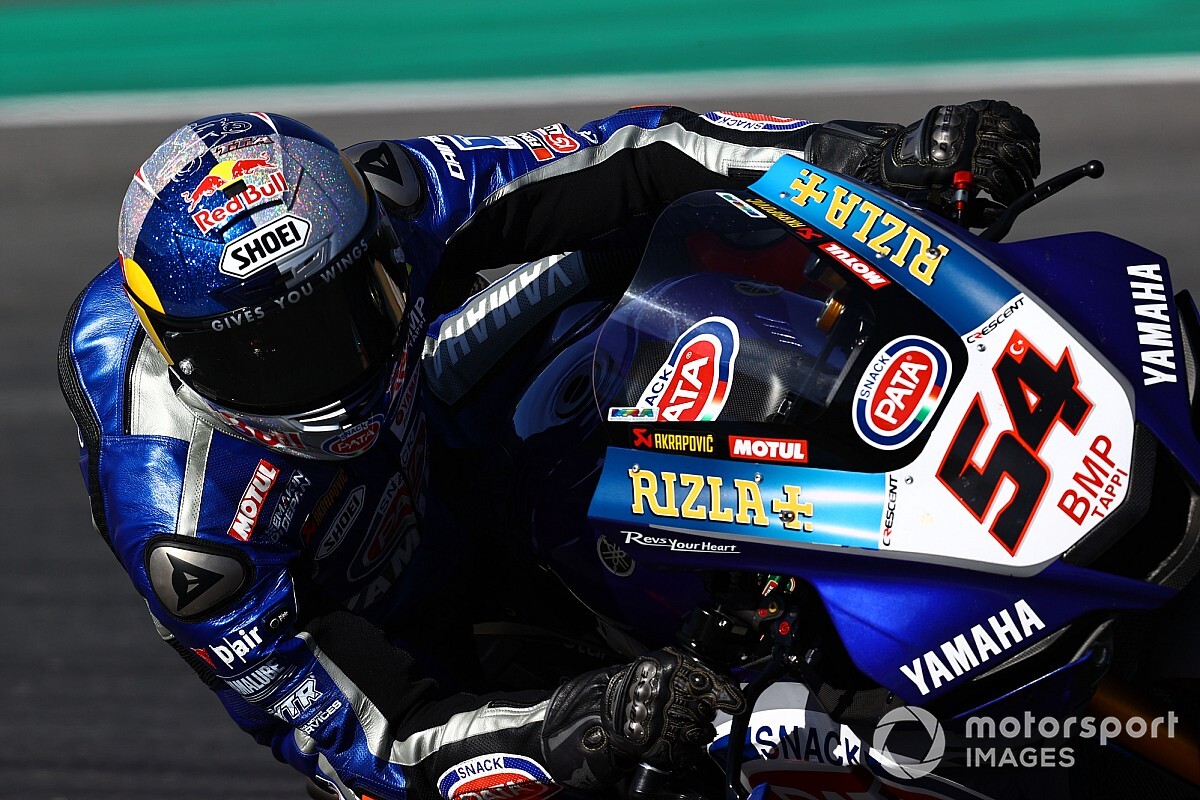 Toprak Razgatlioglu claimed a maiden World Superbike pole position in a dramatic Superpole session at Estoril, as Jonathan Rea and Scott Redding qualified near the back after suffering separate crashes.

Having swept all three practice sessions in the run up to the 2020 title decider, Redding arrived in qualifying as the favourite for pole as he tried to keep his slim championship hopes alive.

However, even before he had set a timed lap, the British rider crashed his Ducati at Turn 6 in cold conditions, immediately ruling himself out of the rest of the session.

There was more drama just minutes later as Rea suffered the same fate at Turn 4, albeit after setting what was then the second quickest time behind Kawasaki teammate Alex Lowes.

A red flag was deployed to assist the recovery of Rea’s stranded bike, before the session was resumed for 20 minutes in the absence of the two title rivals.

Redding’s teammate Chaz Davies put himself on provisional pole after the first runs on race tyres, his time of 1m37.040s putting him clear of the GRT Yamaha of Garrett Gerloff.

When the riders switched to qualifying tyres, Davies made a marginal improvement to 1m36.891s, before Honda’s Leon Haslam took the top spot with a time of 1m36.856s.

But the pole eventually went to Razgatlioglu, the factory Yamaha rider finishing a whopping seven tenths clear of Haslam with his final effort of 1m36.154s.

Gerloff moved up to third behind Haslam with a last-gasp flyer, demoting the Ducati of Davies outside the front row.

Michael Ruben Rinaldi, who will replace Davies in the factory Ducati team next year, was fifth quickest, ahead of the second Yamaha of Michael van der Mark and the Kawasaki of Lowes.

Alvaro Bautista appeared set to qualify his Honda on the front row, but a slow final sector left him down in eighth.

Xavi Fores completed the third row on the Puccetti Kawasaki, while the top 10 was rounded by BMW rider Tom Sykes.

Ducati managed to repair Redding’s bike for the British rider to leave the pits with 30 seconds left on the clock, but that was too late for him to begin a timed lap.