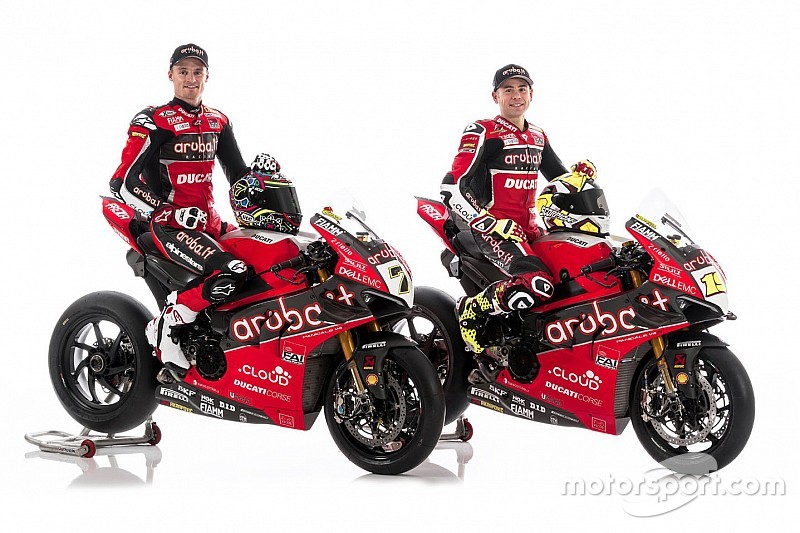 Ducati has revealed its new bike for the 2019 World Superbike season, the Panigale V4 R.

Chaz Davies continues with the Italian team having finished as the runner-up in the points behind four-time world champion Jonathan Rea for the third time in four years in 2018.

"A lot to learn, like with every new bike. The base that we've got to work with is fantastic, really looking forward to the race season starting," said Davies during the launch.

"Very difficult to compare [with the previous Ducati], they are completely different. This bike feels more designed to be on the track, but at the same time, it is very rideable, friendly, confidence-inspiring."

Davies will be joined by a new teammate in Alvaro Bautista, as Marco Melandri switches over to the GRT Yamaha outfit.

Bautista joins WSBK after 17 seasons in the grand prix paddock, and nine in MotoGP.

Ducati had a relatively low-key start to the season in the Jerez and Portimao tests. While Bautista was fourth and third, his deficits to the benchmark time were 0.460s and 1.079s respectively.