Ducati: "No sense" to move Bautista away from WSBK

Ducati sporting director Paolo Ciabatti has dismissed suggestions Alvaro Bautista could be moved back to MotoGP in 2020, saying it makes "no sense" to move the Spaniard away from World Superbikes.

Bautista kicked off his WSBK tenure with a sensational run of 11 victories, sweeping the board in the first four rounds of the season aboard the new Ducati V4 R.

His winning streak came to an end at Imola, where he was beaten in both races by Kawasaki's reigning champion, Jonathan Rea, but Bautista still holds a 43-point lead in the standings.

The former 125cc champion's strong form had prompted speculation that he could be a contender for the vacant factory Ducati MotoGP seat in 2020 currently filled by Danilo Petrucci.

Bautista himself said after winning all three WSBK races at Aragon that he could only see himself going back to the grand prix scene if he were offered a factory bike.

However, Ciabatti says it would be more logical to keep Bautista where he is, and envisages signing him up to a new two-year deal that would see him remain at its WSBK outfit until the end of 2021.

"The idea is to renew Alvaro whenever he decides he wants to continue with us," Ciabatti told Motorsport.com. "We will start thinking about our Superbike riders after the Mugello and Barcelona [MotoGP races].

"But it is clear that with what Alvaro has done in Superbikes, it is very important. It does not make sense not to continue with Bautista in Superbikes and there is no reason not to do it.

"It is still early to talk about duration and specific things, but we would be happy to offer a renewal for two years. He is very happy and the people [in the team] are very happy with him.

"In addition, his image is unbeatable because he is a very positive rider, always with a smile on his face. His image is very good for Ducati."

"I think that unless something strange happens, Alvaro will renew with Ducati to run in Superbikes," said Battistella. "Petrucci's factory bike is available, but Danilo will keep it.

"What Ducati is looking for is stability, and I think that in that sense Petrucci offers something more consistent than [Jack] Miller."

Battistella, also the manager of Andrea Dovizioso, managed to negotiate a contract for Bautista that sees the Spaniard awarded bonuses for race wins to complement a relatively meagre fixed salary of around 200,000 euros.

Ciabatti says that a new contract would involve a higher base salary with fewer bonuses.

"The plan is to do something similar to what we did with Dovi [for his 2017-18 contract]," said Ciabatti. "That is, raise the base [salary] because we believe that he deserves it and reduce the amount that depends on results." 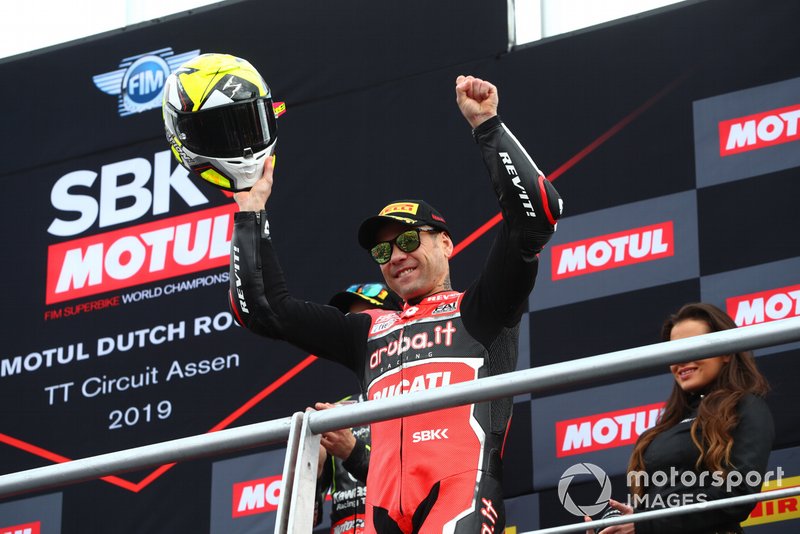