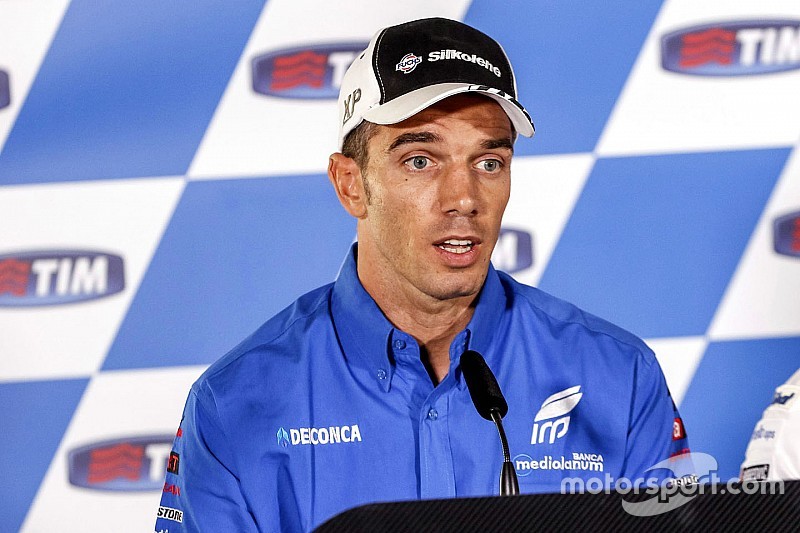 Alex de Angelis has admitted he doesn't know what state he is in physically ahead of his World Superbike debut later this month at Phillip Island.

The Sammarinese rider was airlifted to hospital after a massive crash during practice for last year's Motegi MotoGP race, and is still in the process of recovering from his injuries.

“My current physical condition is as yet unknown," said the 31-year-old. "I can’t fully contract my biceps and so I don’t have much strength in my right arm. It’s all a question of time."

Having made his MotoGP debut in 2008, de Angelis made 61 starts in the championship, securing one podium in the 2009 Indianapolis Grand Prix.

He joined Ioda's premier class squad last year, and after his season came to a premature end in Japan, de Angelis has followed the team to WSBK.

"In the test I’ll get my first taste of a Superbike, which I’ve never tried before," he said.

"I’m sure that Ioda Racing have a greater chance of doing well in WorldSBK as opposed to MotoGP and I hope to get back into the top positions, which I haven’t been able to do for a while and I miss it."

Ioda enters the production-based series with two Aprilia RSV4s, and is set to debut in the final pre-season test at Philip Island.

De Angelis added: "The Aprilia was a winning bike at the end of 2015 and we will have to see what the difference is now after the other marques have been working over the winter.

"I expect and hope that Aprilia won’t just prove a supplier, but also an integral part of the team."

De Angelis will race alongside reigning Superstock 1000 champion Lorenzo Savadori, who will also be making his WSBK debut in the season opener.