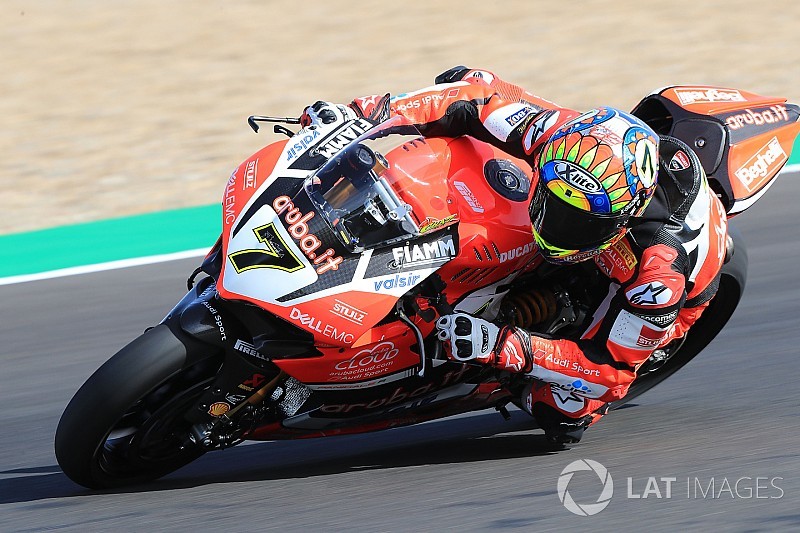 Between them, Kawasaki and Ducati have won all bar three WSBK races since 2015, prompting organisers to introduce new rules for next season in a bid to tighten up the field.

Among the measures to be put in place are an adjustable rev limit and a freeze on engine development for teams that tally up the necessary concession points from dry-weather top three finishes.

But Davies feels it is unfair to put Ducati in the same bracket as Kawasaki, as only he has been the only rider able to consistently win on the Panigale in recent years.

“I would argue that Ducati hasn't dominated like Kawasaki has,” Davies, who finished runner-up to Rea in 2017, told Motorsport.com.

“They have dominated this championship now for the last five years. They didn't win the championship every year, but in that period they have had such a strong and dedicated package.

“We at Ducati have finished runner-up twice in the last three years and third once. But Marco [Melandri] has won one race this year.

“So even though people put us in the same box [as Kawasaki], the situation is actually pretty different. I won the races, I am the guy willing to take the extra risks, so why should I be penalised for doing that?"

Melandri shared his teammate's frustration at the new rules, as the Panigale has lost ground exiting corners due to a lack of torque at low revs from its twin cylinder motor.

“Now with the standard gearbox with the engine revs lowered, we will struggle,” predicted Melandri, who returned to WSBK in 2017 after a year and a half on the sidelines.

“For us it was a low blow, because we lack torque at low engine revs. Turning 2000 revs less than a four cyclinder [engine], we have a lot of work to do.

“We have to change gears much more often than the others, so it will be fundamental to try to have a more 'rounded' engine.”