Davies was eliminated in an incident with Puccetti Kawasaki rider Lucas Mahias on the third lap of Sunday morning's Superpole race at Turn 11-12, which resulted in the race being red-flagged.

Initially, it was reported that Davies had sustained a 'lumbar contusion' in the crash, preventing him from lining up on the grid for that afternoon's second full-distance race of the weekend.

But, according to a statement released by the one-bike Go Eleven outfit, further examinations at Catalunya Hospital revealed the Welshman had in fact suffered two broken ribs. He was kept in observation overnight.

With the next round of the season at Jerez just a few days away, it casts doubt on whether Davies will be able to compete.

Go Eleven boss Denis Sacchetti commented: "Let's see how [Davies] is doing this week and we will evaluate what to do in view of the next round." 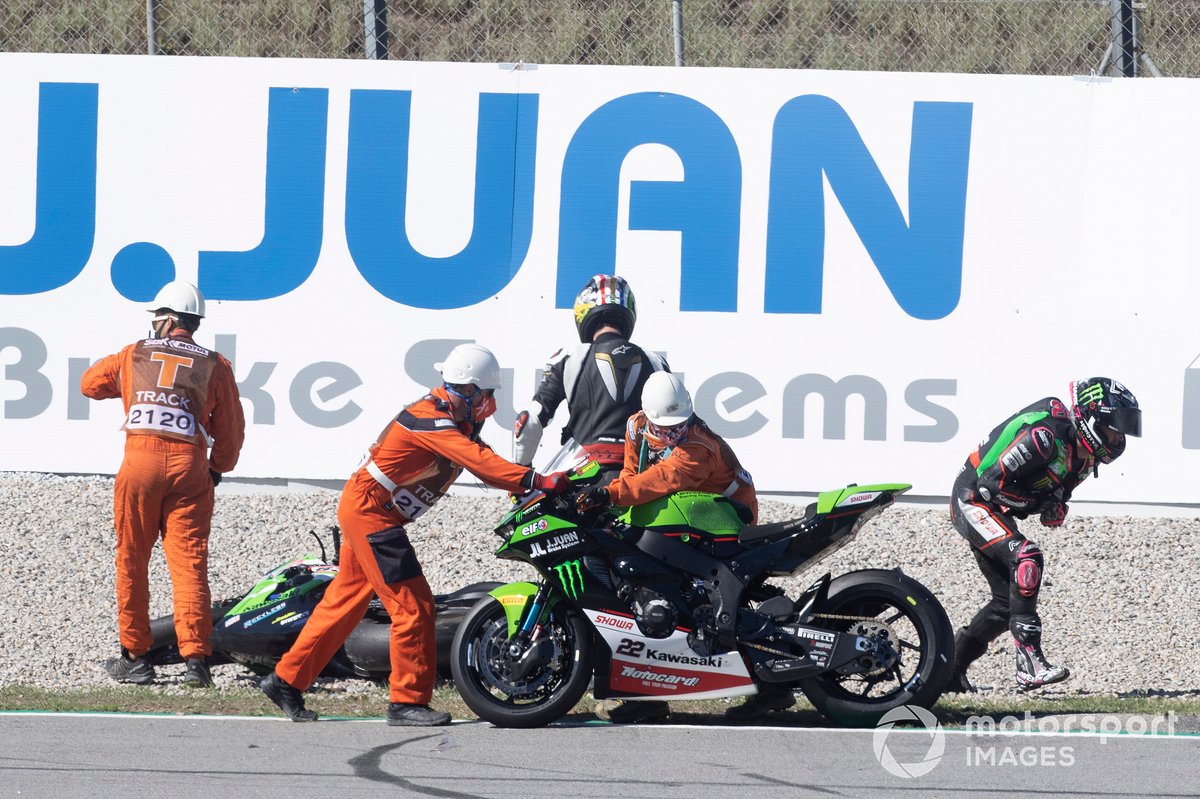 Alex Lowes nurses his wrist after being collected by Lachlan Epis

Lowes was caught up in a melee on the first lap of Sunday's main event at Turn 1 after making contact with the Honda of Leon Haslam, with Pedercini Kawasaki rookie Lachlan Epis also getting involved.

The upshot was that Lowes had to be taken to the medical centre due to pain in his right wrist, resulting in him missing the restart that followed another Turn 1 crash, this time between Sykes and Mahias.

A Kawasaki statement clarified Lowes would get the injury checked at hospital, without offering further details.

Sykes meanwhile had to be taken to the medical centre with concussion following his coming together with Mahias, which came on the second lap and was severe enough to bring out the red flags. 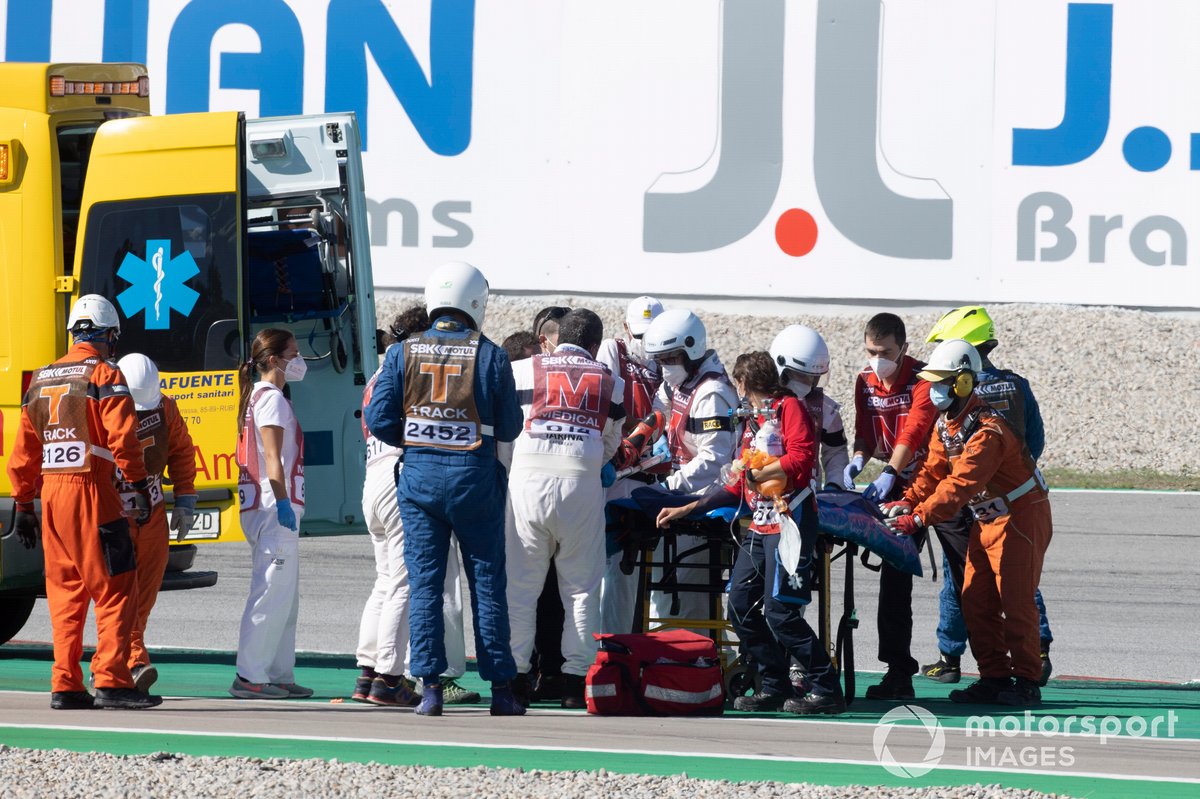 BMW's statement offered no further clarification on Sykes' condition, although the German marque's motorsport director Marc Bongers said the team was hoping "he has come through the crash relatively unscathed".

Like Davies, Lowes and Sykes now face a race against time to be fit for the start of practice at Jerez on Friday.