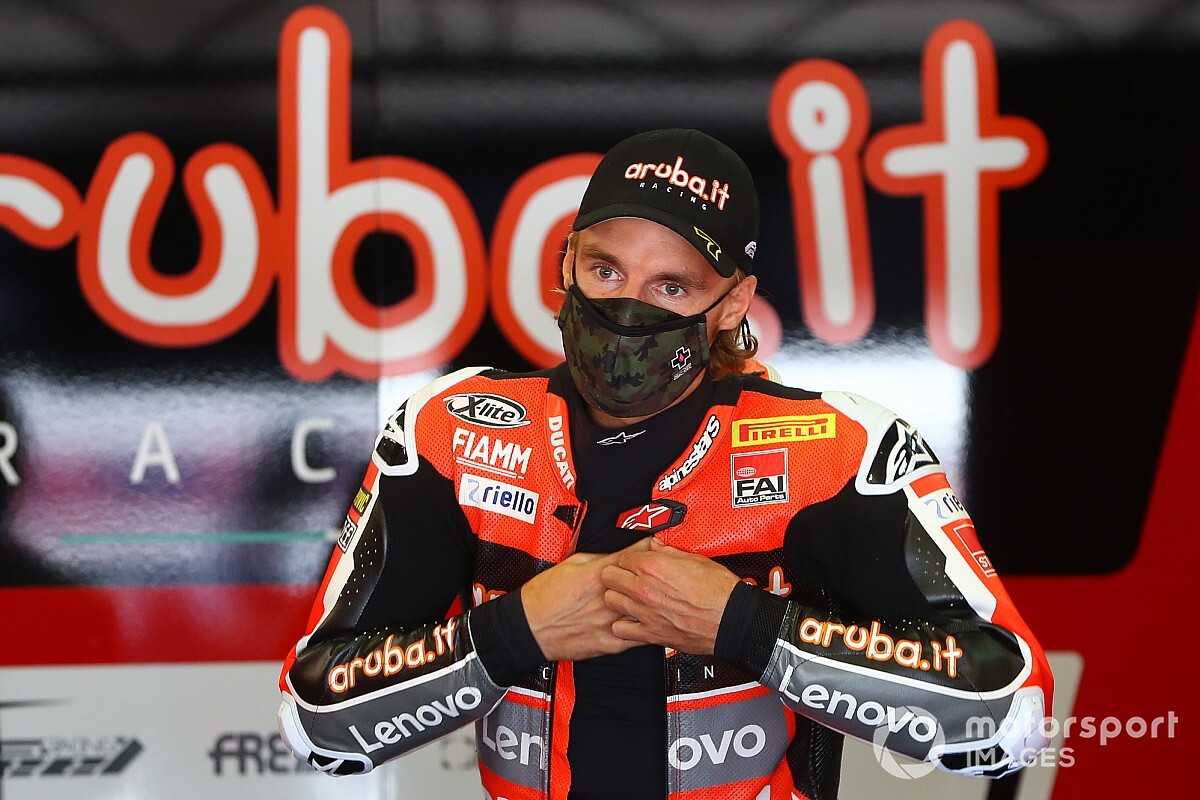 Chaz Davies says it is “impossible” not to take Ducati’s decision to drop him from its World Superbike line-up personally, after a seven-year stint with the Bologna marque.

Davies joined Ducati in 2014, a year after the Italian manufacturer endured its first winless season in WSBK, and has since helped transform its fortunes to take the fight to the all-conquering Kawasaki.

With nearly 30 wins for Ducati, Davies has finished runner-up in the riders’ championship three times between 2015 and ‘18, while his efforts have also helped the factory squad to win the teams’ title this year.

However, with Davies having been outscored by rookie teammates Alvaro Bautista and Scott Redding in 2019 and ‘20 respectively, Ducati has elected to replace him with this year’s top independent rider Michael Ruben Rinaldi in 2021.

Davies, who currently doesn’t have a seat on the 2021 grid, said he is baffled by Ducati’s decision when he feels he has not been performing at any lower level in recent years.

“It’s impossible not to take this personally,” said Davies. “It hurts for sure. 100 percent. It hurts a lot. It could have been very different and I could still not be in [the team next year].

“I’m not doing anything different to what I’ve been doing. If I have a job or I don’t have a job, what happens on track is me doing my best as always. But they’ve made the decision, not me. I can’t really say much more.”

Davies’ options for 2021 appear limited, with rival manufacturers Kawasaki, Honda, Yamaha and BMW all having firmed up their factory line-ups for next year.

The British rider has conceded that he has no concrete options to remain in WSBK for a 10th consecutive season, and is adamant that he cannot achieve his dream of winning his maiden title with a satellite team.

“Something in my hands? No. Things being talked about? Yes,” Davies said when Ducati could place him in a satellite team. “But it depends on a lot of things.

“Imagine sitting where I am sitting. I’m feeling like I can fight for a championship, but not having the full support or energy, you already start with an excuse.

“I’m not saying that would be the situation, but if you’re not in a factory team, you automatically don’t have the full support.

“And I think if you put in my shoes, I feel like I need the full support to be able to help Ducati win a world championship. In the end it’s always what I’ve tried to do.”

Davies completed his sophomore WSBK in 2013 with BMW, scoring three wins for the marque en route to a strong fifth place finish in the championship.

BMW’s factory exit at the end of the season prompted Davies to join Ducati in 2014, but the German manufacturer returned to the category last year and is now planning to expand its presence with a satellite team in 2021.

Asked if he has held talks with BMW about a return, Davies said: “Well, yes and no. I have obviously asked the question since I’m confirmed to be out of where I am, but [they] never returned my phone calls. That tells me they don’t want me.”

Pressed further about any other options he may have for 2021, Davies conceded: “Something real in my hands? No.”