Camier was forced to miss Saturday's opening race after getting caught up in an incident with the GRT Yamaha of Sandro Cortese at Tamburello during qualifying, after which he was taken to hospital in the town of Imola.

There, it was confirmed the British rider had escaped any broken bones despite taking a heavy hit to his left shoulder, although he did sustain ligament damage in the impact.

A Honda statement said Camier "will not take part in tomorrow races, his recovery time and conditions still to be established in the coming days".

Earlier in the season, the 32-year-old skipped the final round of the Buriram weekend after getting involved in a crash with wildcard rider Thitipong Warokorn.

“It was another unlucky situation, similar to what happened in Thailand," said Camier. "Cortese high-sided right in front of me and I hit the bike, having nowhere to go.

"We are not yet exactly sure of the damage I’ve done, I will need to have another scan, an MRI, to really understand what’s happened and what kind of recovery time we are looking at. I hope to be back as soon as possible of course.”

Camier languishes 15th in the points, having only scored one top-10 finish so far this year. His Honda teammate Ryuichi Kiyonari is 17th with a best finish of 12th.

Honda itself is fifth and last in the manufacturers' standings with less than half the points of fourth-placed BMW. 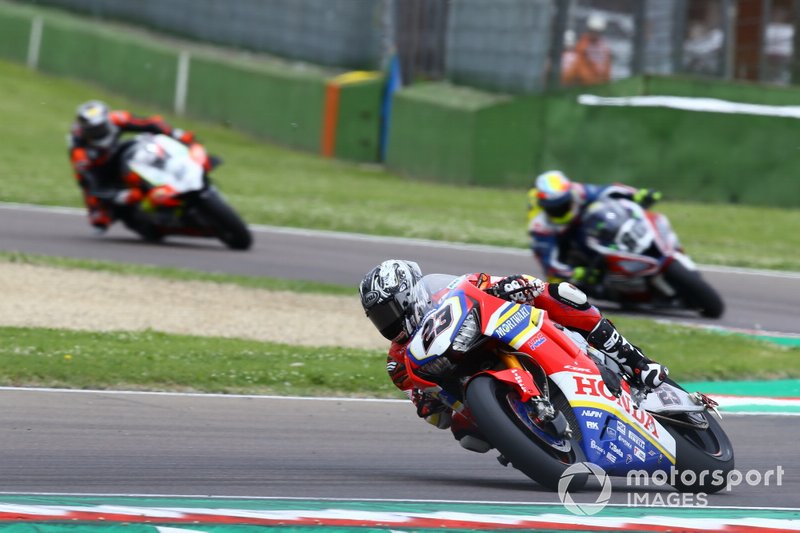