Michael van der Mark has downplayed the significance of scoring BMW's first World Superbike race win for eight years, saying a dry-weather victory for the marque would be the "real story".

It marked BMW's first WSBK victory since the 2013 Nurburgring round, and the first for van der Mark since he joined forces with the German manufacturer at the start of the season.

Looking back on his first win since last year's Barcelona round, van der Mark admitted that the weather and Pirelli's tyre allocation were key to his success, saying BMW can't get carried away with its success.

"The first time I rode the M1000RR in the wet was in Aragon, and I felt really good and I knew that in a wet race we could do well," said van der Mark. "We showed it at Donington Park in the Superpole race, but this morning I felt strong straight away and I was really enjoying it.

"Pirelli brought a harder rain tyre, which is a bit in our favour. We didn’t have this in Barcelona, where we struggled a lot.

"We have to find out with this bike what we have to change [to make the soft rain tyre work] because there must be something. If they keep bringing that one, we have to use it. 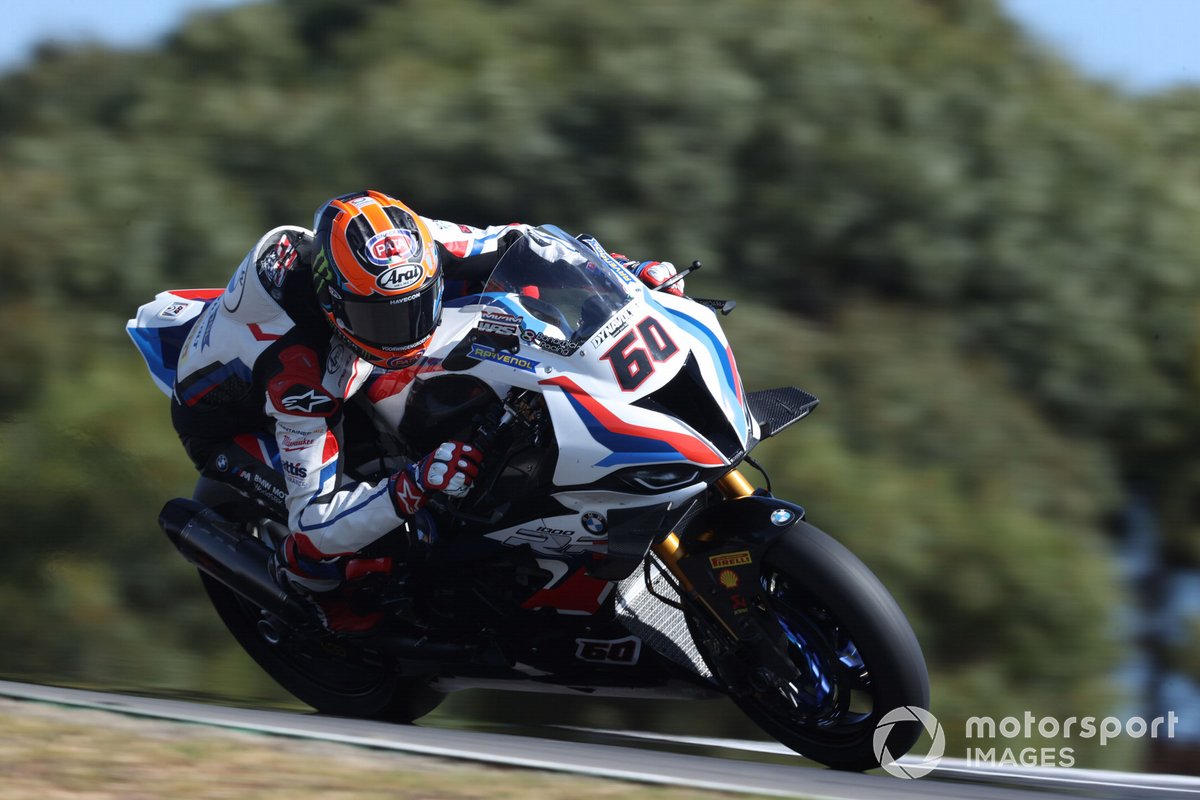 Van der Mark was unable to capitalise on his pole position for the day's second race that he earned with his Superpole race win, only managing sixth on what was by then a fully dry track.

The Dutchman explained that his M1000RR "switched off a couple of times" for an unspecified reason, costing him the chance to fight for the podium.

"I lost a lot of time and I was riding around a bit frustrated, which made me lose even more time," he said. "It’s strange for us, we didn’t have this problem all year in any session. You can’t blame anyone, we just have to find out why."

Van der Mark's win came while BMW Motorrad boss Markus Schramm was visiting the paddock, and the 28-year-old said it was important that Schramm saw the team struggle as well as end its winless run.

"We all know we are not there yet," said van der Mark. "It’s good he [Schramm] was there when we won but also he sees that it’s not easy for us. It’s good to show him what we can do, and what we can’t do right now."

Razgatlioglu unmoved by Rea criticism: "Maybe he is scared"