Biaggi to contest Qatar round with Aprilia 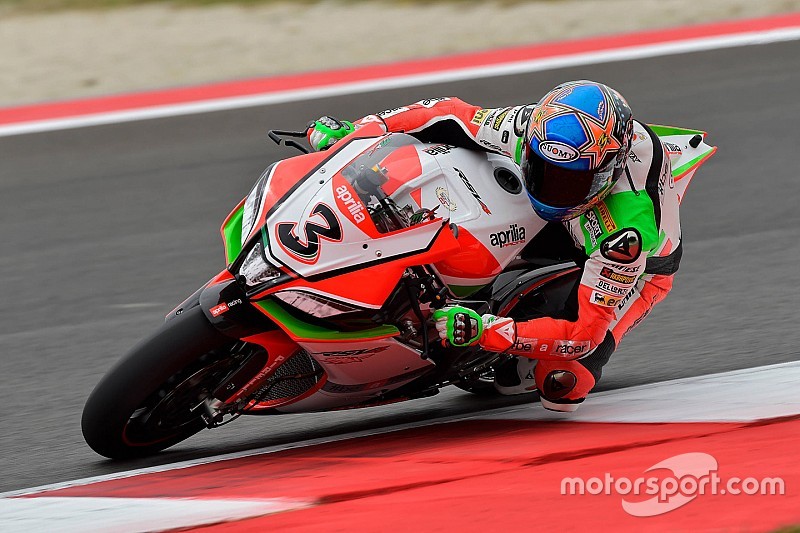 Italian motorcycle racing legend Max Biaggi will be back in World Superbike action with Aprilia for the third time this year during the 2015 season finale in Qatar.

Biaggi, 44, was WSBK champion with Aprilia in 2010 and 2012, and also racked up four 250cc class world titles in the 1990s before stepping up to 500cc and establishing a famous rivalry with Valentino Rossi in a premier class career spanning eight seasons.

He retired after his second Superbike title, but made his return to the category this year as a wildcard, racing at Misano and Sepang, with a podium finish to his name from the latter round.

Aprilia is set to claim third place in the manufacturers' championship, having fielded Leon Haslam and Jordi Torres as its full-time riders in 2015, the former picking up a win at Phillip Island.

Scassa and Fores get Ducati outings

Luca Scassa, 32, will replaced injured Ducati factory rider Davide Giugliano for the penultimate round at Magny-Cours, while 30-year-old Javier Fores will ride the bike in the Qatar finale.

Scassa, a Superbike full-timer in 2009 and 2010 and Supersport race winner in 2011, was previously set to race in this year's Misano round as a wildcard, but injured himself in practice.

Fores, meanwhile, raced for Ducati at Aragon and Assen, and finished all four of his races in the top eight.

All focus shifts to battle for second at Magny-Cours