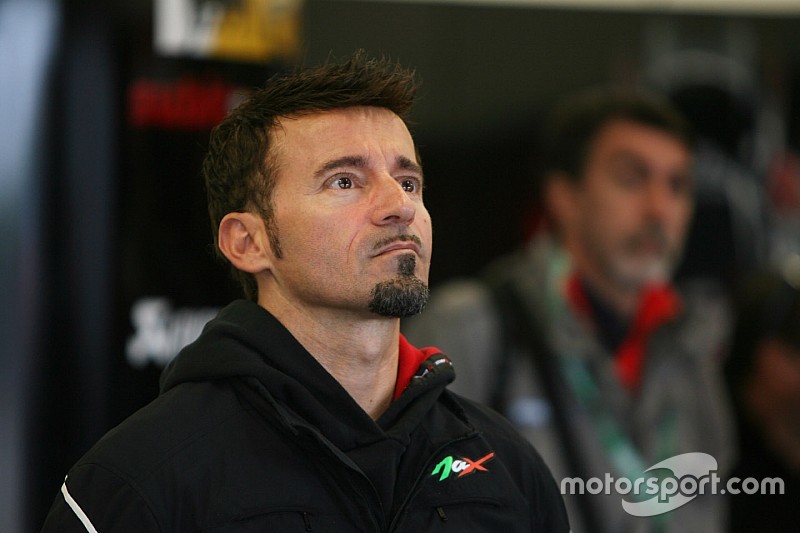 Max Biaggi will not compete in this weekend's final World Superbike round at Qatar after sustaining injuries in a mountain bike accident.

The 44-year-old Italian was set to make his third wildcard appearance of the year at the season finale, having already competed at Misano and Sepang.

Biaggi completed four days of testing last week aboard a Gresini-run Aprilia RSV4 under the floodlights at the Losail circuit to prepare himself for the Qatar night races.

However, the 2010 and 2012 WSBK champion revealed on social media on Wednesday that he will now be unable to compete, having injured muscles in his left thigh after a "nasty fall" while mountain biking in the hills of Monte Carlo.

Biaggi's best result in his two previous World Superbike appearances this year was a third place in the second Sepang race.