Alvaro Bautista has confirmed he will leave MotoGP after nine seasons, switching to World Superbike with the factory Ducati team for 2019.

Bautista, 33, has made 150 MotoGP starts since stepping up to the premier class with the factory Suzuki team in 2010.

He recorded three podiums and a pole position after joining Gresini Honda from Suzuki and remained with the outfit when it became Aprilia's works team, before losing his ride and signing with Nieto (then Aspar) last year.

However, despite Bautista's form picking up as of late after a difficult start to 2018, SIC Racing has preferred to promote Fabio Quartararo from Moto2.

Bautista's MotoGP exit was made official on Thursday, with confirmation that the Spaniard will ride Ducati's all-new Panigale V4 for its works World Superbike operation next year.

"For sure, in the last races many people ask for my future, I didn't decide because my idea is to remain in MotoGP, because I spend 16 years here [in grand prix racing]," he said.

"But for sure this season has been very special because after two or three races, 80 percent of the grid for next season was closed. In that moment my performance was not what I expect, I felt a lot of problems with the bike so I couldn't go fast as in the past, as I wanted.

"So, when I started to feel good with the bike, started to be more competitive and show my potential, there was no more places in MotoGP for next season.

"For me next season will be a new challenge because I will move after 16 years and I will do the World Superbike with Aruba Ducati, official team.

"I'm so motivated, I think it's a new challenge for me, I think the confidence that Ducati put in me is really good, and I think together we are really strong, I think we can get good results there and have good fun." 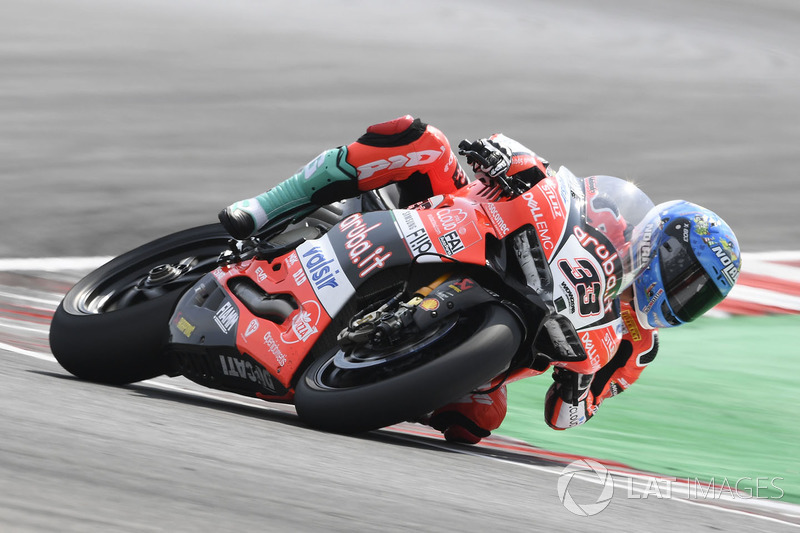 Ducati has confirmed Bautista will take the ride of his former Aprilia MotoGP teammate Marco Melandri, slotting in alongside Chaz Davies in the line-up.

Melandri was drafted in as replacement for Davide Giugliano at Ducati in 2017 and has won three races since joining the team.

But the Italian has struggled to match Davies, having finished fourth to the Welshman's second in last year's standings and trailing him by 85 points in the current season.