Honda World Superbike rider Alvaro Bautista says he is not thinking about trying to beat BMW in the manufacturer' standings, placing more importance on the struggling Japanese marque's progress.

Having finished a distant fourth in the manufacturers' race in its first season with its all-new CBR1000RR-R last year, Honda goes into the final two rounds of the current campaign fifth and last.

It trails nearest rival BMW by 41 points, losing ground in the most recent round at Portimao as Michael van der Mark delivered the German brand's M1000RR machine a first victory of the season.

But Bautista, who leaves Honda in favour of a reunion with Ducati in 2022, insists that who comes out on top in the battle to avoid the wooden spoon is of little concern to him, as long as he feels Honda is getting better.

Asked by Motorsport.com if beating BMW in the constructors' race was a priority for him, Bautista replied: "I didn’t think about it, sincerely.

"The important thing is that it seems HRC is growing up race by race. At the beginning [of the season] we struggled a bit more, now we are competitive and also this weekend Leon [Haslam] was more competitive.

"More than the championship points, the important thing is the progress." 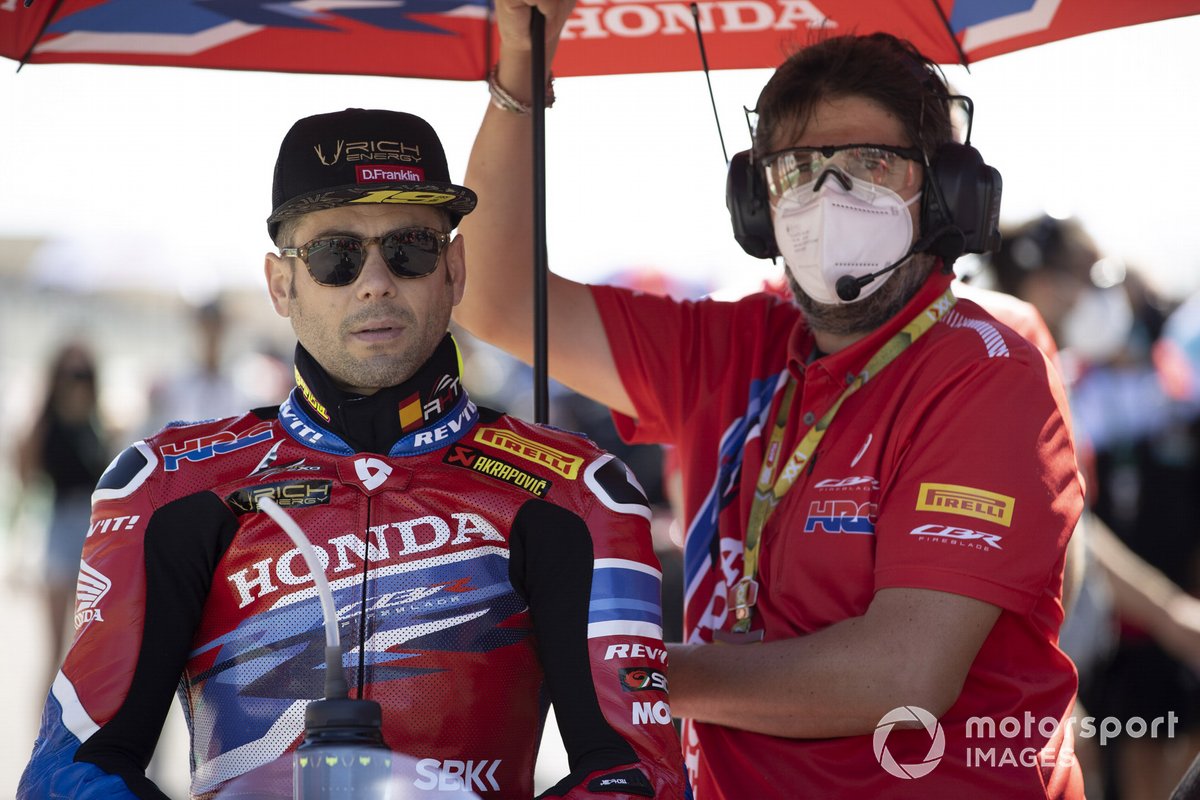 Honda enjoyed one of its most competitive outings of the season at Portimao, as Bautista fought for the podium in both full-distance races and teammate Leon Haslam bagged a front-row spot for the CBR1000RR-R for the first time this year.

Bautista was unable to replicate his podium finishes in the previous two rounds at Barcelona and Jerez as he crashed out of third place at the very final corner of the first race, while the following day he was eliminated by a late clash with the Go Eleven Ducati of Loris Baz at Turn 5.

But the Spaniard was eager to point out that his task in Portimao was made harder by Pirelli's decision to withdraw the softer SCX rear tyre from its allocation for the two main races due to longevity fears, forcing riders to use the harder standard SC0 rubber.

Pirelli has indicated the SCX will not be available to riders during full-distance races for the final two rounds of the season in Argentina and Indonesia.

"I’m on the limit, I’m fighting the bike every time, and this weekend even more," Bautista said. "In other race weekends the [SCX] rear tyre helped me keep the line, but the SC0, [in Race 1] especially, I struggled more mid-corner because there’s less grip and it pushes the bike out.

"[In Race 2] the bike was bit better, we found some improvement on the rear, but [Race 1] I was fighting more my bike than the other riders."