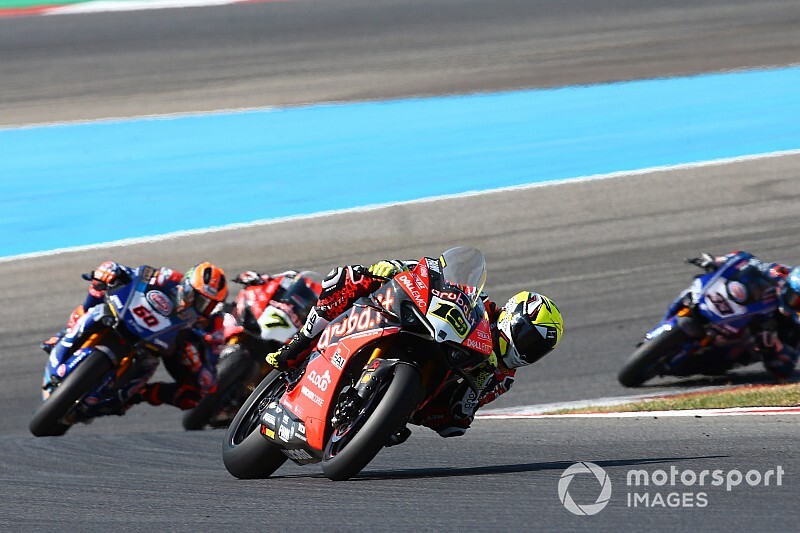 Outgoing Ducati World Superbike rider Alvaro Bautista claims that the Italian manufacturer has not brought any meaningful updates to its Panigale V4 R challenger all season.

Ex-MotoGP rider Bautista made the remarks in the wake of his victory in the second feature race at Portimao earlier this month, his first win since June's Misano round.

By then, Ducati had already confirmed it would be parting ways with the Spaniard and that he had signed a deal for a rival manufacturer, which this week was revealed to be Honda.

Bautista said that the V4 R remains a difficult to bike to turn and stop, as it was at the start of 2019, and that its straight line speed advantage has masked its weak points.

"It’s easy to see what happens in the straight on TV," said Bautista, whose place at Ducati next season will be taken by British Superbike points leader Scott Redding. "You [just] have to open the gas and go full [throttle].

"But what you can’t appreciate on the TV is in the corner where I have to fight with the bike to stop it, to make it turn, moving, the traction.

"So it’s easy to not appreciate what I have to do with the bike in the corner. It’s easier to say, ‘Ah, Bautista wins because the bike is a missile’, but you have 15 corners and one straight.

"It’s basically the same [bike as Australia], we didn’t have [any] updates during the season. For stopping it’s difficult, but especially on turning and traction, we are like in the beginning. There are tracks where you feel more, this is one of them.

“Sincerely, we have been asking to make the bike turn a bit better and have more stability from the beginning, basically from the Jerez test in January. And during the season we didn’t make some development in that area.

"I think the comment from Chaz [Davies] and me are basically the same. We know what is the problem, but we don’t do anything to resolve it."

Bautista suggested his run of 11 wins at the start of the season had persuaded Ducati that it didn't need to make any substantial changes to the bike.

Asked if he felt the Bologna marque had rested on its laurels after a strong start to the season, Bautista replied: “I don’t know why, but for sure when you are winning, when [you say] there is a problem, [they say] ‘Ah, but we are winning’.

"But we won because in the tracks we felt a bit less, but when we arrive to the difficult tracks we felt more and you can see very easy. Ducati knows the problem but they don’t know the solution, so at the moment we didn’t receive anything to fix this."

Ahead of this weekend's Magny-Cours round, Bautista trails Kawasaki rider Jonathan Rea by 91 points, with 186 left on offer in the remaining three events of 2019.

Rea will be crowned champion with two rounds to spare if he is able to outscore Bautista by 34 points over the course of the three races in France. 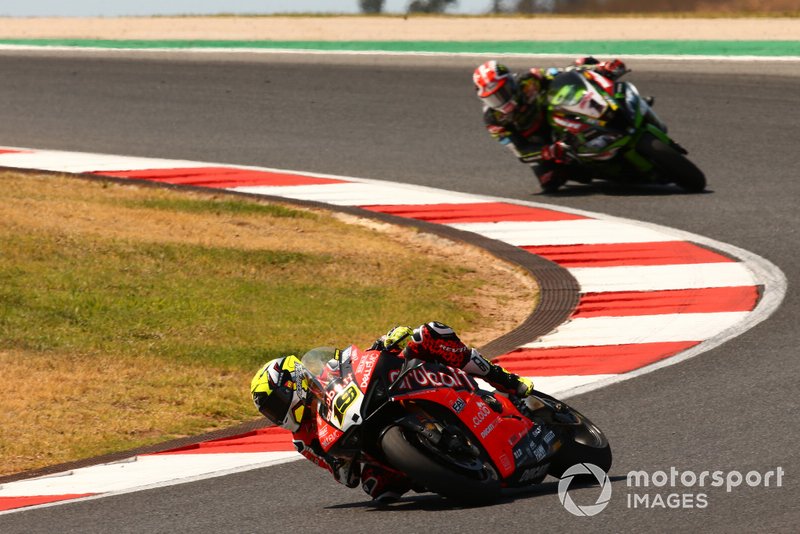