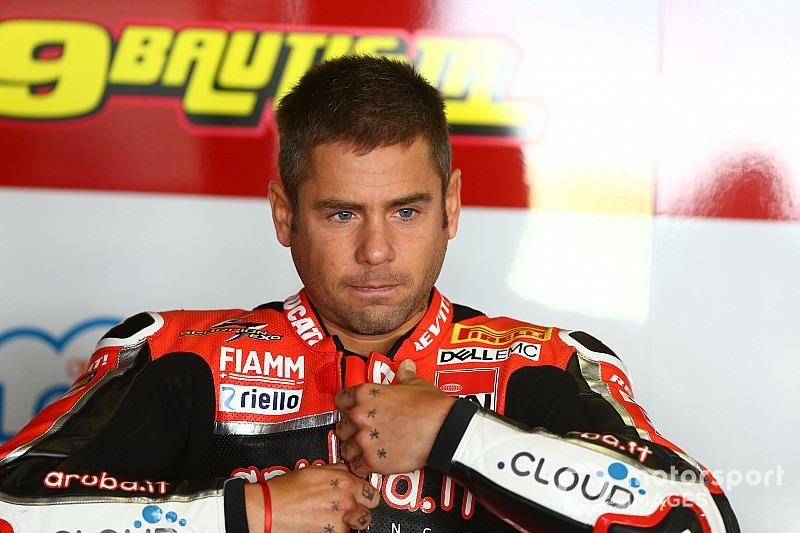 Alvaro Bautista says his decision to leave the Ducati World Superbike team at the end of the season was not motivated by money, as suggested by team boss Paolo Ciabatti.

Bautista guided the new Panigale V4 R to 11 race wins in a row at the start of his rookie WSBK season, and looked likely to stay put at Ducati for 2020 despite a spate of crashes in recent rounds dropping him 81 points behind Jonathan Rea in the standings.

However, negotiations soon began to break down, with Ciabatti confirming to Motorsport.com last month that Bautista had signed a two-year deal with a “rival manufacturer” – most likely Honda, which is set to campaign an all-new bike next season.

Ciabatti intimated to journalists during the Austrian MotoGP weekend that the reason for the Bautista’s move was down to money.

This was put to Bautista in Portugal on Friday, and he replied: “No, it’s not correct [that my motivation for leaving Ducati was money-based].

“You have to find something that motivates you, and for sure this [Ducati] project motivates me. But my future is a good opportunity for me also where I will race next season.”

Bautista confirmed earlier in the year Honda had approached him over a deal for next year, but refused to comment if he had put pen to paper with the marque – though did admit a deal has been signed “with my future team”.

“It’s a very strange decision from both sides,” said the Kawasaki rider. “I don’t really understand.

"For a rookie to come to [World] Superbike and win 11 races in a row, and then decide to leave for a new adventure is quite strange. Obviously they couldn’t come to an arrangement.”

When Bautista was told of Rea’s comments, he replied: “Well, sometimes in life you have to take a decision [that’s best for you].

“It was the same last year when I decide to come here to this championship [from MotoGP] that I’ve never been [before]. I like the challenge. I mean, I didn’t make a crazy choice for next season, but I will explain when it’s official."

Bautista hopes the announcement on his future plans will be revealed before the French WSBL round at Magny-Cours in three weeks’ time.