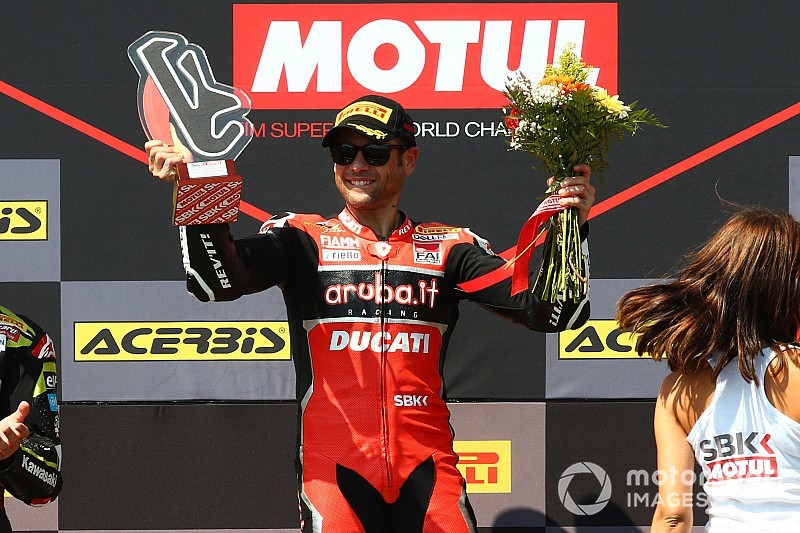 Alvaro Bautista admits he was “destroyed” after securing his World Superbike race two win in Portugal as he battled through an ongoing shoulder injury.

The Ducati rider hurt the ligaments in his shoulder in his tangle with Toprak Razgatlioglu at Laguna Seca at the start of July – one of a spate of five in four rounds which wrecked his championship hopes and cast him 81 points adrift of Jonathan Rea.

Still suffering from the injury at Portimao, he secure a fourth and second-place finish in the first feature race and the sprint event and fended of Rea in race two to claim his first win since the Jerez round.

Asked of his emotions after the race, he said: “In that moment [I crossed the line] I just was thinking ‘ok, I won, but I am destroyed’.

“It’s like when I crossed the finish line and I release the hand from the handle bar, I felt like [I was lifting] a weight, it was like 50 kilos.

“I was in a lot of pain, so the emotion was strange because I was happy but at the same time I felt a lot of pain from the injury and fatigue.

“For sure this weekend we had to make this weekend in a different way from the others, I didn’t make many laps in practice. In Magny-Cours I hope to do the opposite.”

Bautista beat Rea by 0.111 seconds in race two, but the Kawasaki rider was dominant in the first two races of the weekend and extended his points lead to 91.

Despite this, Rea does not believe Kawasaki has closed the gap to Ducati on bike performance, citing the “very particular” nature of Portimao as the reason for his dominance and reaffirmed that the Japanese marque “needs to react” next year.

“I think this track is very particular, the rider can really make the difference and the set-up,” he stated. “But at conventional circuits I think we still have a lot of work to do.

“Like I said at the beginning of the season this bike [the V4 R] is the new reference of Superbikes, we need to react.

“Let’s keep working, but what’s clear is we are getting the best out of our bike every weekend and that’s because I have the best crew in the world inside KRT.

“Everyone is working so good, with a positive mentality and we know that when the opportunity comes we have to take it, and when it doesn’t we just have to do what we did today.

“But that didn’t stop me having some front slides out there.” 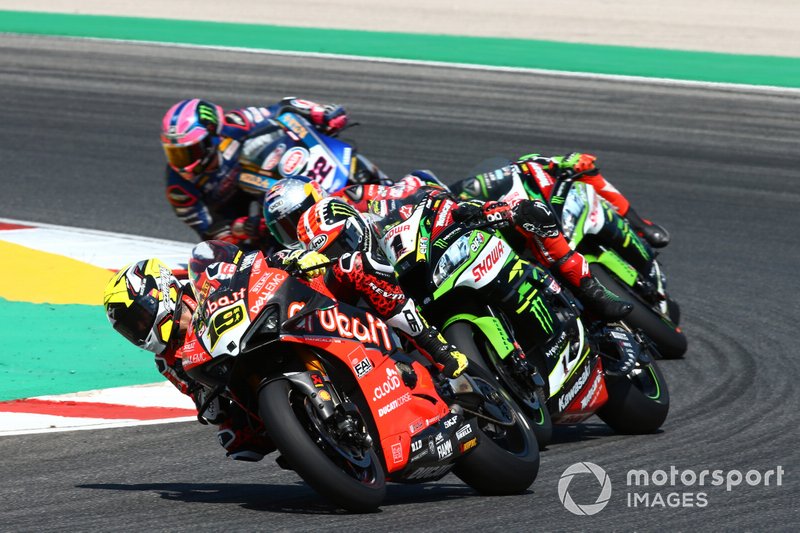 Lowes linked with Kawasaki switch for 2020