Italian rider Bassani made the step up to WSBK in 2021 after a season in World Supersport and proved to be one of the most promising newcomers on the grid aboard Motocorsa's sole Ducati V4 R Panigale.

Excelling in wet conditions, he scored his first podium in Barcelona and managed five more top-five finishes across the season on his way to ninth in the standings.

The 22-year-old also came within 18 points of finishing as the lead independent rider, missing out to GRT Yamaha man Garrett Gerloff.

“I am happy with the renewal and to be able to continue the work with the Motocorsa Racing team with which I found myself very well," said Bassani. "I think it is very positive for our growth path; we have already started working towards 2022 and I hope to confirm and improve last season’s results.

"A special thanks to all my sponsors who allow me to reach my dream, to my fans who follows me from home in preparation in addition to my family." 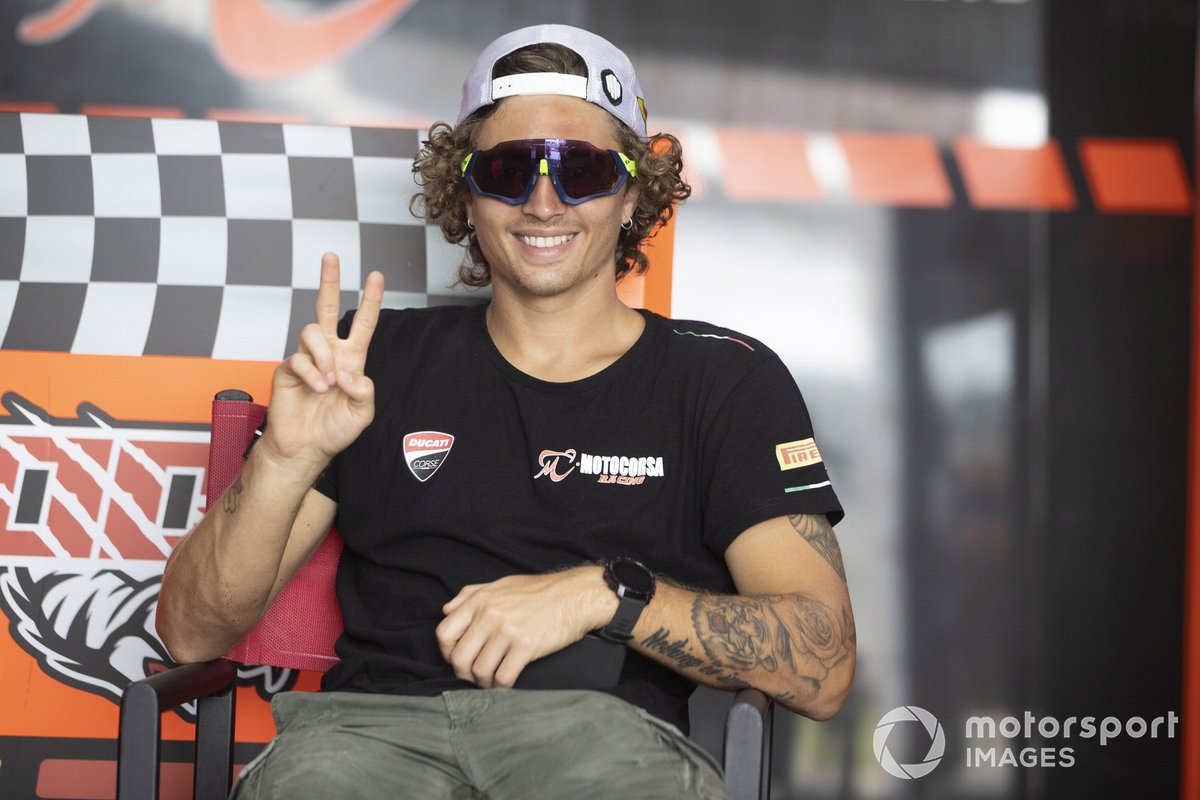 Since making its full-time WSBK debut in 2020 with Leandro Mercado, Motocorsa has rapidly established itself as Ducati's top satellite team, with Bassani comfortably outscoring Go Eleven's Chaz Davies and Barni Racing's Tito Rabat, who didn't see out his rookie WSBK campaign with the team.

Team boss Lorenzo Mauri added: “I am happy with Bassani's confirmation in 2022, with whom we will collaborate trying to repeat the results achieved this season.

"I’m optimistic because we will present ourselves at the start of the new season with a good amount of experience and no longer as a rookie team. We are already working in our factory in Lurago d’Erba, Italy, to be ready for a championship that promises to be at an even higher level of competitiveness."

Both of Motocorsa's fellow Ducati satellite teams will be running rookies in 2022, with Go Eleven replacing the retiring Davies with Philipp Oettl and Barni signing Luca Bernardi.