Former MotoGP racer Hector Barbera will make his World Superbike debut this weekend at Assen, standing in for the injured Leandro Mercado at the Orelac Kawasaki outfit.

Having lost his Avintia Ducati MotoGP ride at the end of 2017, Barbera dropped down to Moto2 in 2018 and then switched to World Supersport after he lost his Pons Moto2 ride due to a drunk driving conviction.

After contesting the final four WSS races of 2018 with Puccetti Kawasaki, Barbera joined the Team Toth Yamaha squad for 2019, and finished fourth in the season-opener at Phillip Island and seventh in the following race at Buriram.

However, the Spaniard has now parted ways with Toth following his failure to start last weekend's Aragon race due to his bike going missing.

At Assen, he'll pilot a customer Kawasaki ZX-10RR in WSBK for Orelac, whose regular rider Mercado suffered a broken scaphoid in a crash with Alessandro Delbianco last weekend at Aragon. Mercado will have surgery on Wednesday and is targeting a return at Imola.

“It’s unfortunate to get this opportunity due to another colleague’s injury, all my thoughts go out to Tati [Mercado] and I wish him a speedy recovery," said Barbera. "I’m going to give everything for Orelac Racing, they are fully prepared.

"I think that WorldSBK is my category. The team ticks the right boxes and I’m more than ready. Life sometimes gives you an opportunity like this and I want to make the most of it."

Barbera's unexpected call-up comes amid mounting speculation as to precisely what happened to the missing Toth Yamaha R6 bike at Aragon.

Team boss Imre Toth told German publication Speedweek that Barbera had contacted him the night before the race to say he had no wish to take part because he felt the bike was sub-standard, with an old engine and a lack of spare parts.

Barbera himself wrote on his Instagram account: "For my safety and for the safety of the other riders, today [Sunday] I will not be able to start the race, we do not have the means.

"What started as a dream ends as a nightmare. The problems of non-payment and fulfilment of the contract between our main sponsor and the team made this SSP adventure end today, at home, at a race that I was especially excited about." 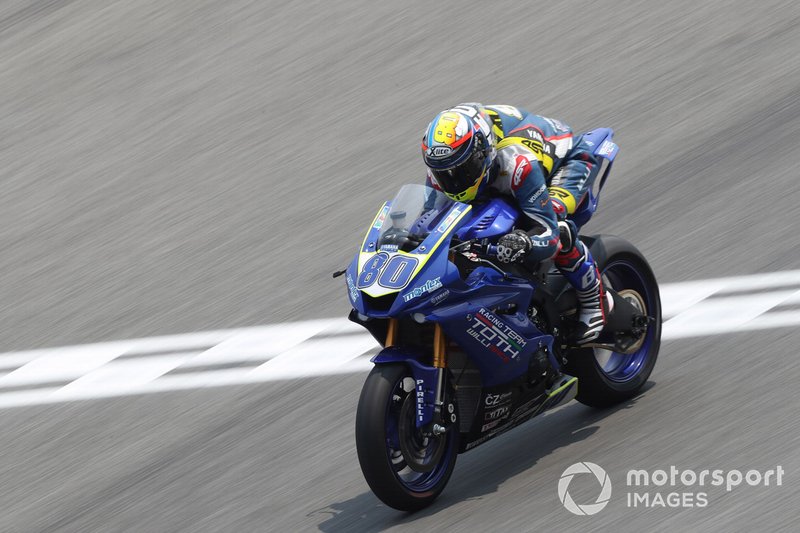 Davies "not there yet" adapting to Ducati V4