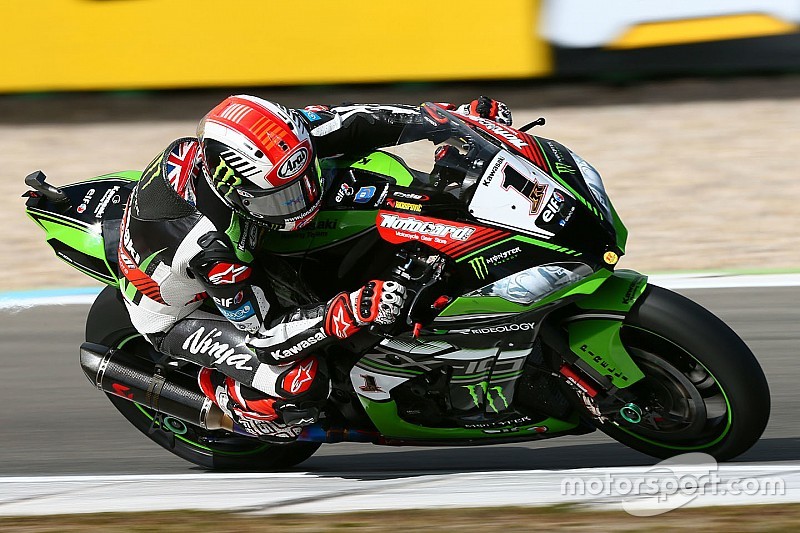 Victory on Saturday meant Rea would start Sunday's second Assen race from ninth place on the grid, one place behind Sykes, who inherited the runner-up spot when Chaz Davies' Ducati broke down.

Barni Ducati rider Xavi Fores started from pole, and led the opening lap, but was passed by the fast-starting Milwaukee Aprilia of Eugene Laverty on the second lap.

MotoGP convert Laverty's spell in the lead was to prove short-lived however, as Rea - who vaulted from ninth to fourth on the opening lap and then made short work of Sykes and Fores - seized the advantage on the third lap.

It took Sykes another two laps to clear Laverty, by which time Rea had built a lead of one second.

Rea seemed to be on course for a comfortable win until he ran wide on Lap 11, which brought Sykes within striking distance of his teammate.

The 2013 champion stayed in Rea's wheeltracks for the remainder, and was right on his tail starting the final lap - but despite getting a strong run out of the final chicane, Sykes lost out on a first win of the season by a mere 0.025s.

Davies completed the podium in third, but lost any chance of challenging the Kawasaki duo losing crucial time behind Fores in the early stages. He was four seconds adrift of Rea by the time he cleared Laverty for third, and ended up five seconds down at the flag.

Yamaha's Michael van der Mark finished fourth, scything his way through the order from outside the top 10, but was never close enough to Davies to challenge for a podium on home turf.

Alex Lowes made it two Yamahas in the top five with a late charge, ahead of Leon Camier's MV Agusta, Jordi Torres' Althea BMW and a fading Laverty.

The Hondas of Nicky Hayden and Stefan Bradl - who made a poor start from the front row of the grid - took the final two spots in the top 10.

Fores slipped to an eventual 13th, having earlier lost ground when he was delayed by factory Ducati man Marco Melandri crashing directly ahead of him.

The second Milwaukee Aprilia of Lorenzo Savadori was another non-finisher, as the Italian youngster crashed out of a top-10 finish at half-distance.