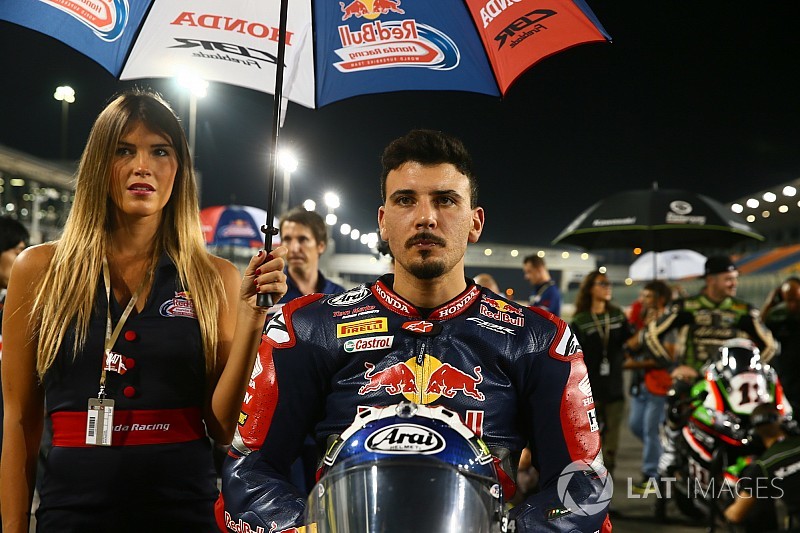 Davide Giugliano will return to the World Superbike Championship at next week's Aragon round in place of the injured Eugene Laverty at Milwaukee Aprilia.

Giugliano will continue to deputise for the recovering Laverty at Assen, but it is not known yet if he will race at his home round at Imola next month.

Laverty has been ruled out of action until at least May's Donington Park round after suffering a broken pelvis when he was struck by MV Agusta's Jordi Torres during the second race in Thailand.

Ex-Ducati rider Giugliano last raced in WSBK in place of Stefan Bradl at Honda last year in Germany, France, Spain and Qatar, taking a best finish of eighth in a wet race one at Magny-Cours.

Speaking ahead of his first races with Aprilia since 2013, when he had a full-time campaign with Althea Racing, the Italian said: “First of all, I'm sorry for what happened to Eugene in Thailand and I hope he can get back on his bike as soon as possible.

“I want to thank [team boss] Shaun Muir and the Milwaukee Aprilia team for allowing me to stand in and for their cooperation.

“We only have a short time to prepare but the upcoming rounds are at tracks I know very well, and I have great confidence in the experience and professionalism of the crew.”

Laverty's injury compounds what has been a tough start to Milwaukee Aprilia's 2018 campaign, after Lorenzo Savadori was forced to miss the season-opening Phillip Island round with a broken collarbone sustained in a Superpole crash.

Rea Q&A: "Punishing Kawasaki for dominating is not sport"