Anthony West looking at WSBK and ARRC for 2017 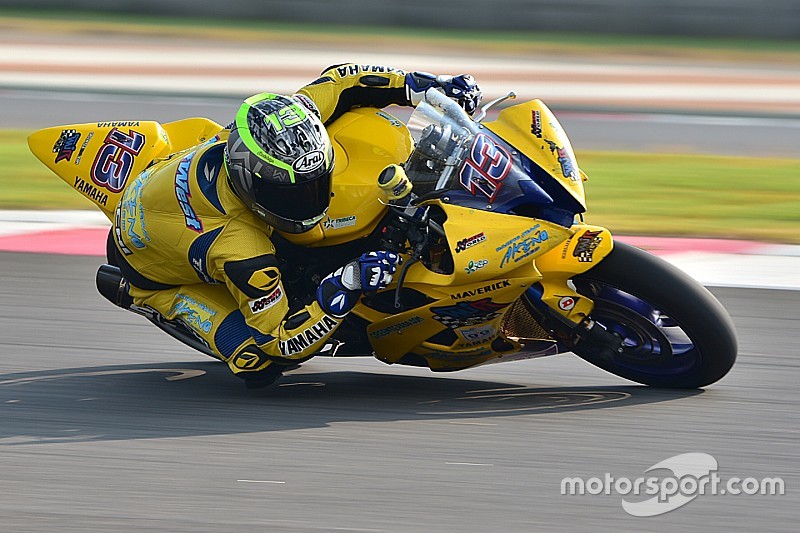 Former MotoGP rider Anthony West is keeping all avenues open for 2017, with World Superbike and Asia Road Racing Championship being his most likeliest options.

West, currently racing in the Supersport 600cc category of the Asian championship, has also made occasional outings in WSBK on a customer Kawasaki.

Heading into next season, the Australian is open to all available options, but is keen on securing a ride where he can competitively race at the sharp end of the pack, while also getting paid.

“I haven’t decided yet. I’m looking at all options,’’ West told Motorsport.com when asked about his plans for 2017.

“To stay here in Asia or race World Superbikes, or Supersport 600cc [in ARRC]. Or maybe even be in England or America. I’m looking at all options now because it's very difficult.

“If I can and if it is possible I can spend another year in Asia or maybe World Superbike or both,’’ he added.

West has taken part in five rounds of World Superbike so far, with two further outings at Jerez and Qatar to come.

The results, however, have been unsatisfactory with the best finish of fifth place in the Malaysian round's second race – the 35-year-old citing lack of testing for his below-par performance.

“The results could have been better in World Superbike,’’ he said. “But I never raced WSBK before, and for me the team is new, the bike is new. Everything is different and I didn’t know some of the tracks.

“If I did the full season with the team, had testing and time to work with the bike, the results could have been much better.”

He has, however, enjoyed far better fortunes in Supersport 600, taking a double win in the most recent round in India.

West ruled out making a wildcard appearance in MotoGP this year, with lack of sponsorship having thwarted his plans to make a return to the premier class.

Finding sponsorship has proved particularly difficult for West, with international championships broadcast at odd times in his home country, Australia.

“I don’t think so. I wanted to do a wildcard race there and I needed sponsor. I had the bike and the team to go there, but I couldn’t find a sponsor to make a wildcard,'' he revealed.

“So I won’t be doing MotoGP races this year. Unless a rider is injured or somebody needs a rider and wants me to come and ride, then it is possible.

"For me MotoGP is not an option anymore because all the teams are asking the riders for money and I don’t have any sponsorship or money.

“It’s difficult as an Australia. They are many rich people who have money, but they don’t want to spend on motorcycle racing because TV exposure is very bad in Australia,” he explained.

The Hunt for Rea is on

Sykes first man through to Tissot-Superpole 2