Alvaro Bautista says it would be “difficult” to extract any more performance from the Honda Fireblade this season after scoring back-to-back World Superbike podiums in Barcelona and Jerez.

The Japanese manufacturer enjoyed its best showing of the year last weekend as Bautista finished fourth in the opening race with an inspired charge from ninth on the grid, before overtaking the Yamaha of Andrea Locatelli on the penultimate lap to bag the final spot on the podium in Race 2.

Bautista had already scored Honda’s first rostrum finish of the year a week ago in Barcelona, finishing third behind championship protagonists Jonathan Rea and Toprak Razgatlioglu in the Superpole race.

These results mark a major breakthrough for Honda, which is fighting BMW to avoid being last in this year's manufacturers' standings.

After a difficult Assen round in July, Bautista had predicted that the CBR1000RR-R would end up with no top-three finishes in its second year of competition.

Bautista says Honda’s improved showing in recent rounds is down to relatively small improvements on the Fireblade, but admits there is little room to make the bike even faster for the final three rounds of the campaign.

“I think now we are at the top of our performance with the bike, [extracting] more than this is difficult,” said the 36-year-old.

“The good thing is, I said in Barcelona we just work on the small details, we don't make a big change on the bike, and at least track by track [we stay] with the same base bike, so it's easier to get a reference and easier to work.

“So I think that we increased the performance a little bit. But because there are a lot of riders fighting for podiums and victory, you see the result from seventh to third, it's one or two tenths per lap, it's not more. So at the end everything you can gain, you see it more clearly in the positions.“

Starting eighth on the grid for the second race of the weekend, Bautista wasted little time passing his Honda teammate Leon Haslam on lap 2 and had cleared the struggling Kawasaki of  Rea by lap 9.

In the final stages of the race he closed in on Locatelli for a place on the podium, passing him at the long Turn 13 left-hander just before the start of the last lap to seal third position.

Speaking after his 27th podium in WSBK, Bautista admitted that he was close to crashing on several occasions as he tried to exploit Honda’s superior braking performance to charge through the field.

“First lap was crucial for us, I lost some time [to the frontrunners] but then I was riding at a good pace,” he said. “I saw the front riders, I didn't lose some distance, and even some laps I caught them.

“So I felt like I have one or two tenths more than the others and tried to pass them and just keep my rhythm. At the end, I fought with some riders.

“In the end, another podium. I'm happy because I felt much much better than the morning's race, even if the track was worse and the times were slower but compared to the others I felt quite good.” 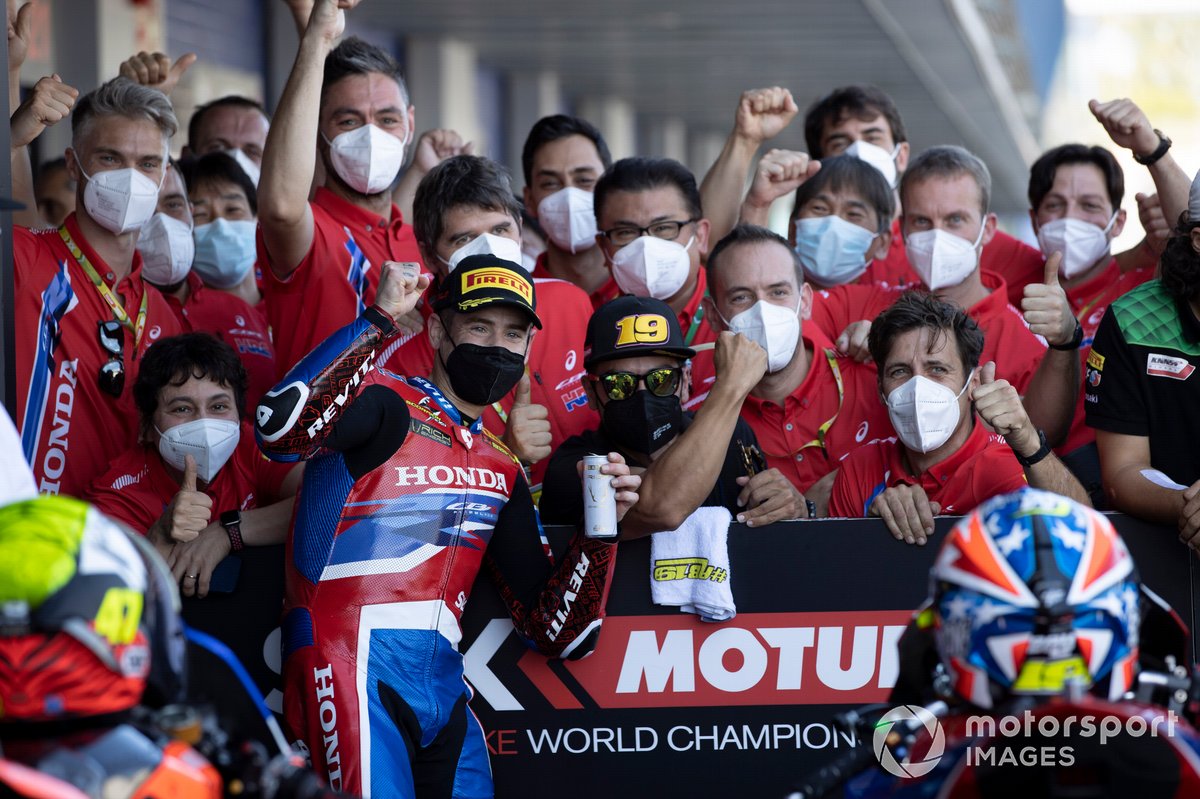