Alvaro Bautista has agreed a contract extension with Ducati for the 2023 World Superbike Championship season after a successful reunion with the Italian marque this year.

Bautista has been in fine form since rejoining Ducati at the start of 2022 after a two-year spell at Honda, with six victories in the opening 12 races across four rounds putting him 36 points clear of Kawasaki’s Jonathan Rea at the top of the championship.

While eight of the 12 rounds are still to be held this year, Bautista and Ducati have already signed a deal that will see the Spanish rider continue to spearhead the marque’s works assault in 2023.

It will mark Bautista’s third season overall in the factory Ducati WSBK outfit, having originally joined the squad on his series debut back in 2019 following his departure from MotoGP.

Although Bautista made an explosive start to his WSBK career that year and won an unprecedented 11 races in a row, his title challenge ultimately crumbled as he elected to join Honda on a two-year deal.

The Spaniard scored three podiums during his time at Honda, but the CBR1000RR-R was simply no match for its rivals, and he eventually made a surprise return to Ducati this year to replace BMW-bound Scott Redding.

“I am very happy to be able to continue at least one more year with the Aruba.it Racing – Ducati Team, which represents a family to me,” said Bautista.

“I have always felt good with this team and since I have returned, the feelings have been even more positive than in the 2019 season. When something works so well, we can only keep working, looking ahead. I feel I am still at the top, I feel I can still give a lot.

“Physically and mentally I think this is the best time of my career. I am also delighted to continue working with Ducati, a very important factory, tech-oriented, always looking for development: to be part of this project, of this team is something incredible on a personal level.”

While Bautista now has a contract for 2023, the future of his teammate Michael Ruben Rinaldi is less secure following an underwhelming start to his second season with the works squad.

Rinaldi has scored only two podiums so far, both on his home turf at Misano, although his run of results has been sufficient to keep Ducati ahead of Kawasaki in the manufacturers’ standings.

Danilo Petrucci, who is riding for Ducati in MotoAmerica, would be the most obvious replacement if the Italian marque decides to axe Rinaldi. 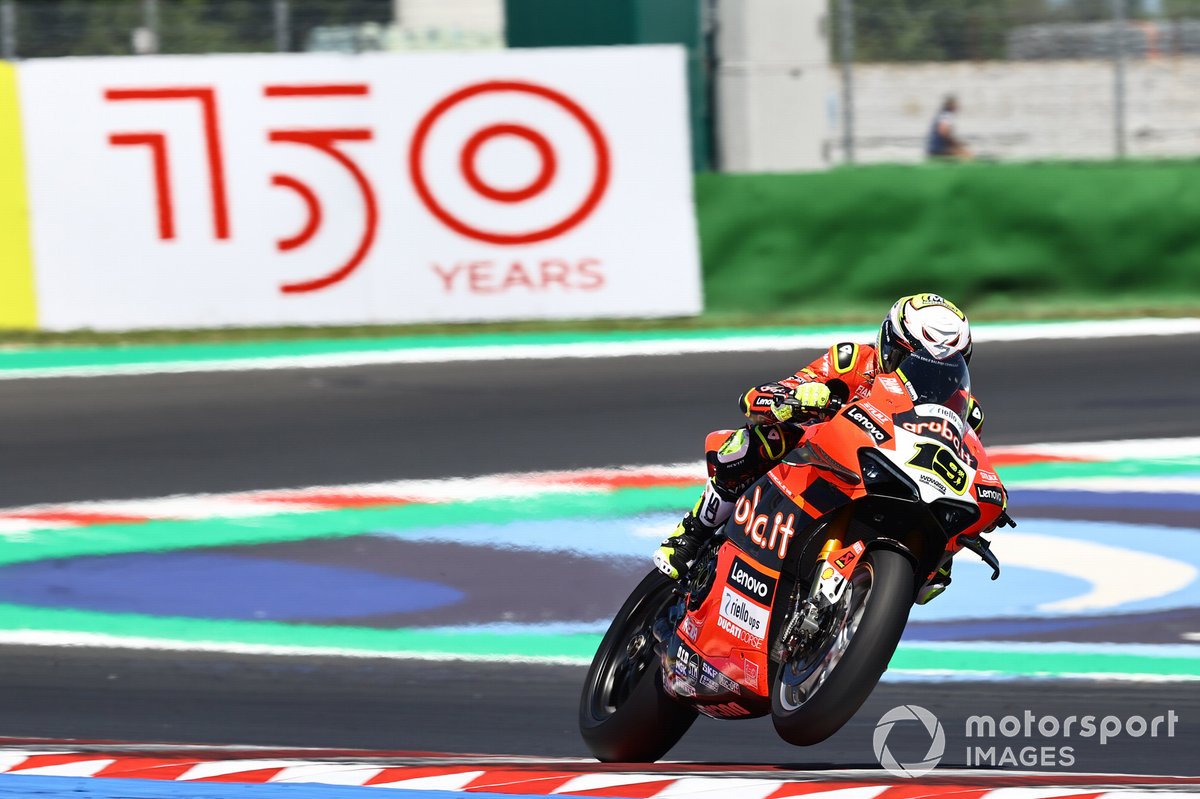