Yamaha World Superbike team boss Paul Denning feels his rider Toprak Razgatlioglu could get an even better opportunity to race in MotoGP in 2024 after missing out on a chance to make the switch next year.

Razgatlioglu was in frame for a seat in Yamaha’s MotoGP roster on the back of his historic title success in WSBK last year, with the Japanese manufacturer going as far as handing him a test outing on the M1 to evaluate him for a move to grand prix racing as early as 2023.

But RNF Racing’s decision to leave the Yamaha fold and become an Aprilia customer team ended any hopes of a 2023 MotoGP switch for the Turkish rider.

Denning believes that Razgatlioglu missing out on the move could turn out to be a blessing in disguise for the 25-year-old, as a place at the factory Yamaha squad might open up in 2024 should the Iwata brand not renew Franco Morbidelli's contract.

He also highlighted that Razgatlioglu will be free to sign for any manufacturer once his current Yamaha deal expires after 2023.

“I cannot say what opportunities he may have for ‘24 onwards, but probably from his point of view it’s not the worst thing in the world either [to stay in WSBK another year],” Denning told Motorsport.com's German edition.

“At the end of ‘23, he is a free agent and can do whatever he wants. Maybe another manufacturer in MotoGP comes knocking.

“He is a massive asset for us and the [World Superbike] championship, but it could be that he has more opportunities and options at the end of ‘23 anyway.” 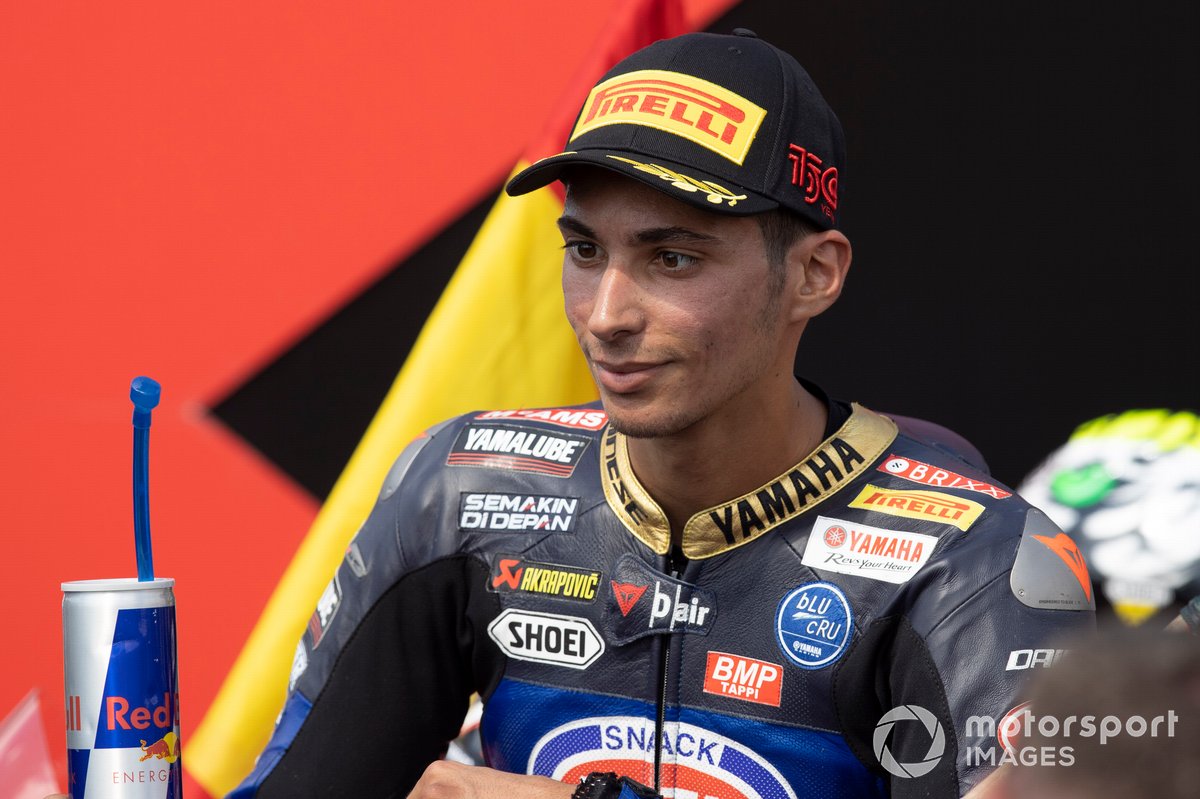 Yamaha's interest in bringing Razgatlioglu across to MotoGP for 2023 appeared limited to a spot with its satellite team, despite not having a deal with reigning champion Quartararo at that time.

With Razgatlioglu's manager Kenan Sofuoglu adamant that his rider would only consider a grand prix switch on a factory bike, Denning said he knew he didn't have to worry about losing his number one rider as soon as Quartararo signed a fresh two-year deal to stay with Yamaha.

“To be honest, I never expected him to go [to MotoGP in 2023],” said Denning. “Yamaha is a pretty correct company and they have a contract with Franco Morbidelli, who is struggling this year but has a history with Yamaha of being a front-runner.

“What I learned from working with Kenan [Sofuoglu] and Toprak is that they don’t tell lies, ever. If they say, ‘we’re only interested in MotoGP if it’s with a factory team’, it’s not a tactic, it’s not a game.

“It’s just they prefer to stay here instead of going to a second [satellite] team. So when it was clear when there were two riders in the factory team [after Quartararo was renewed], it wasn’t much of a question.”