Winning in Toyota’s backyard was an extra motivation for Hyundai according to deputy team director Julien Moncet after witnessing a history making 1-2 at Rally Japan.

Thierry Neuville headed teammate Ott Tanak, competing in his final outing for the manufacturer, to clinch victory as Japan returned to the WRC schedule for the first time in 12 years.

Neuville had been locked in a fight with Toyota's Elfyn Evans for the majority of the rally before the latter picked up a puncture on Sunday morning, which allowed Hyundai to complete a memorable 1-2 finish.

Toyota has led the way in this year's championship-winning seven rallies to claim the manufacturers' crown, while Kalle Rovanpera secured the drivers' title, becoming the youngest-ever world champion.

However, after a first half of the season plagued by reliability issues stemming from a late commitment to the new Rally1 hybrid rules, Hyundai has now won five rallies this year, eclipsing the most wins in a single WRC season for the marque to further outline the team's impressive turnaround in the second half of the campaign.

It has also managed to beat Toyota at both of its home events in Finland, where the rally team is based, and now in Japan.

"What a turnaround," Moncet told Motorsport.com. "You remember the disastrous situation we were in, in Monte Carlo and to be here now with a double podium on Toyota's home soil in Japan, which is an extra motivation us, it is clearly incredible. 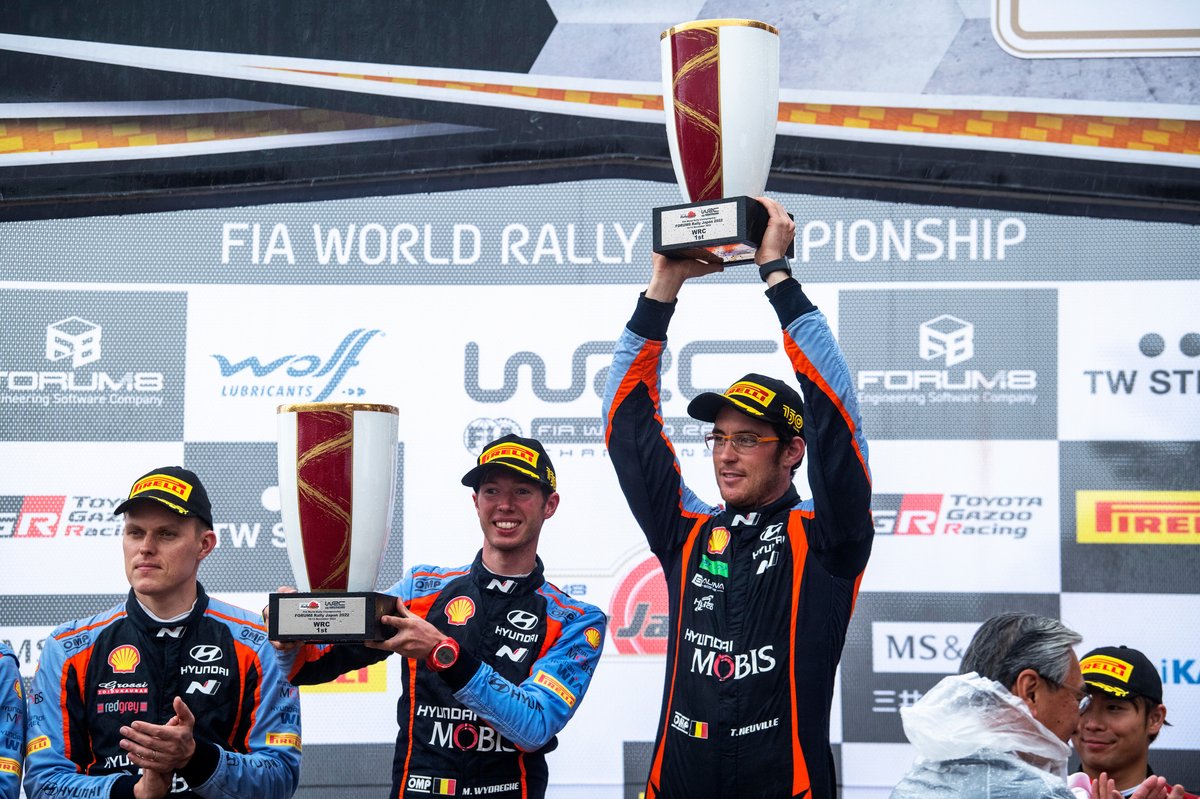 "We have won five races and have had 16 podiums and the triple podium in Greece. Yes, we haven't won both championships, which is always our target and the reason we are competing in rallying but, considering the start of the season, we can be proud.

"We have mixed feelings as it has been our most successful season but we won nothing. Thinking 10 or 11 months back, to win one race it would have been impossible. I think we have to be happy with what we have achieved."

Neuville admitted it was a great feeling to win in Toyota's backyard but believes there is much more to come from the Hyundai package next year.

"I think we have had a good turnaround but I also think that there is more in it which we can take from the team. If we can get everything working perfectly together we could be even stronger."

Hyundai is set to reveal a new look 2023 driver line-up this week with Esapekka Lappi expected to replace Tanak.