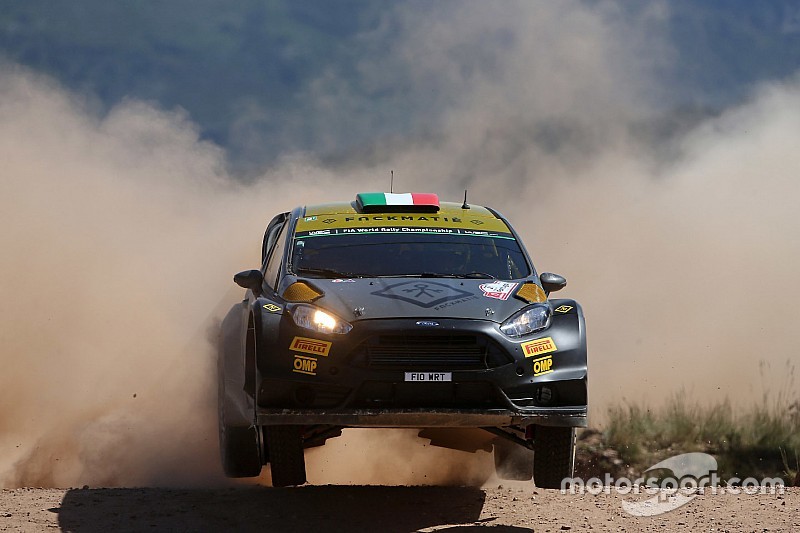 Lorenzo Bertelli's FWRT team was left "speechless" by the refusal of Rally Portugal organisers to interrupt the event to send an ambulance to respond to the Italian's crash.

Bertelli, the son of fashion mogul Miuccia Prada, rolled his M-Sport-built Ford Fiesta out of the event on SS10, the final stage of the Saturday morning loop.

Co-driver Giovanni Bernacchini initially indicated to rally officials via the use of the dashboard safety button that both he and Bertelli were unharmed.

But after 20 minutes, Bertelli began to complain of sickness and dizziness, having hit his car's rollcage with his helmet during the accident, leading Bernacchini to request that the stage be suspended in order to send medical help.

The fact that our urgent medical request has not been accepted leaves us speechless.

A statement released by the team revealed that this request was ignored by rally organisers, and that Bertelli subsequently was forced to wait three hours and 20 minutes before an ambulance finally arrived.

"The co-driver [Bernacchini] talked via mobile phone with the Rally de Portugal Chief Medical Officer, who asked him Lorenzo's symptoms, and decided there was neither the conditions to interrupt the stage nor the urgent need of an ambulance," read the statement.

"A paramedic who was casually there as a spectator checked Lorenzo's health, and started to worry because he said it was too much time between the crash and receiving medical care.

"The fact that our urgent medical request has not been accepted leaves us speechless."

After the delay, Bertelli was held overnight in the Sao Joao Hospital in nearby Porto, receiving two CAT exams before being discharged.