A first all-asphalt Rally Spain for a decade provided the perfect backdrop for a high speed game of chess as the latest twist in an intense World Rally Championship title fight unfolded. Motorsport.com reviews the highlights, lowlights, turning points, close calls and heartbreak that made round 11 of the 2021 season.

It was a masterclass display from Thierry Neuville and Martijn Wydaeghe on Catalunya’s fast tarmac roads. At times the pair were simply untouchable.

The crushing win, their second of the season, was made all the more impressive given the struggles with the Hyundai i20 on Friday morning when Neuville was reduced to using the handbrake to turn car due to chronic understeer.

However, an inspired set-up change that Neuville labelled “radical” transformed their rally, allowing the Belgian to push to a limit none of his competitors could match. A string of eight consecutive stage wins from Friday afternoon to Saturday afternoon set up an eventual 24.1-second victory over Toyota’s Elfyn Evans.

In the end, Neuville won 10 of the 17 stages such was his dominance, which earns him our Top Performer award this week. The victory wasn’t without its last minute drama, as we will come onto later, but he kept his cool to deliver perhaps one of his best victories. It was perhaps an unexpected win, given much of the pre-event focus centered around Sebastien Ogier and Evans’ fight for the championship.

“I am relieved to get to the end of this rally, to be honest. It has been a tough weekend, and not without its challenges,” said Neuville.

"We have fought incredibly hard across all stages, taking a lot of fastest times, and gradually extending our advantage.

“The result itself probably doesn’t show how much we’ve had to work. We had a good clean run until the final stage; everything was working perfectly up to that point." 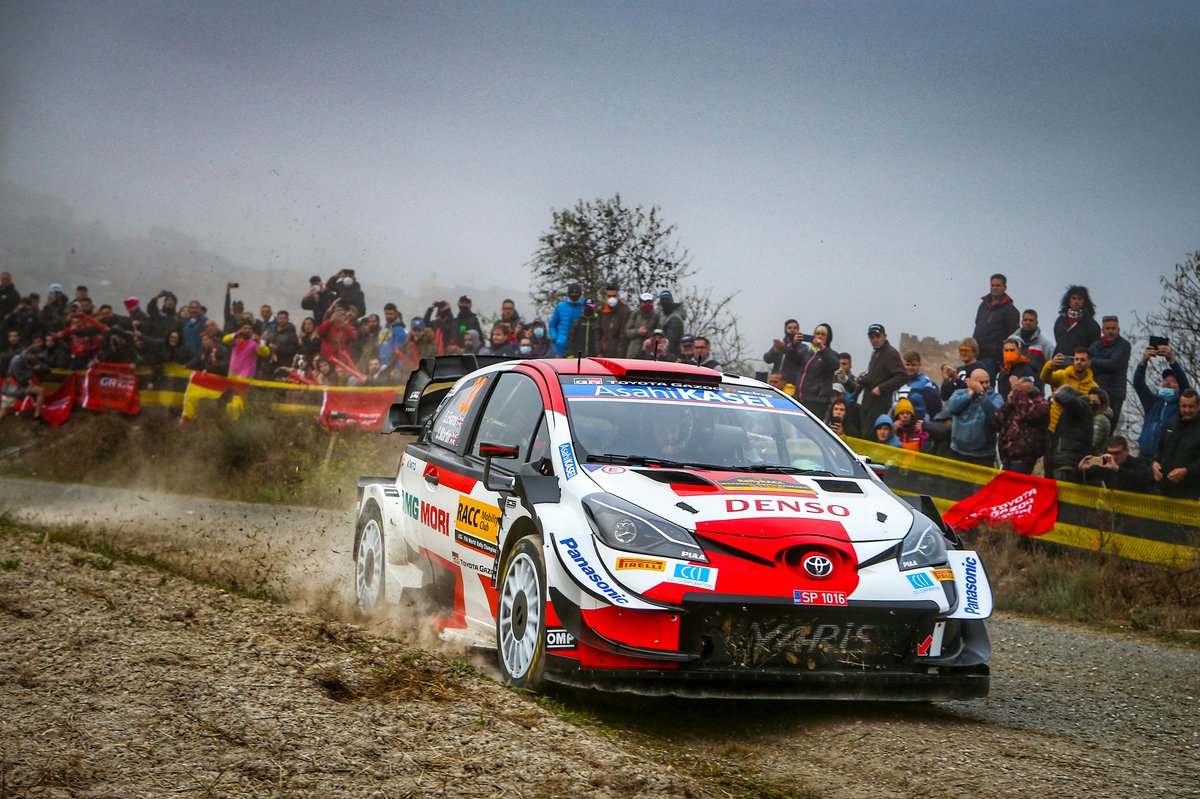 Heading into the rally Evans knew if Ogier outscored him by six points the championship would be over, so he had to deliver to keep his titles hopes alive. The Welshman produced a gusty drive and after Friday morning looked a real contender for victory, leading by 7.9s over Neuville.

However, while Neuville unearthed a set-up to enhance his speed, Evans’ changes to improve his Yaris on road becoming increasingly dirtier, went in the opposite direction.

But it his performance to finish second has to be commended given the pressure he was under. After finishing second two spots ahead of rival Ogier, the Brit has a shot at the world title at Rally Monza next month, only 17 points adrift. 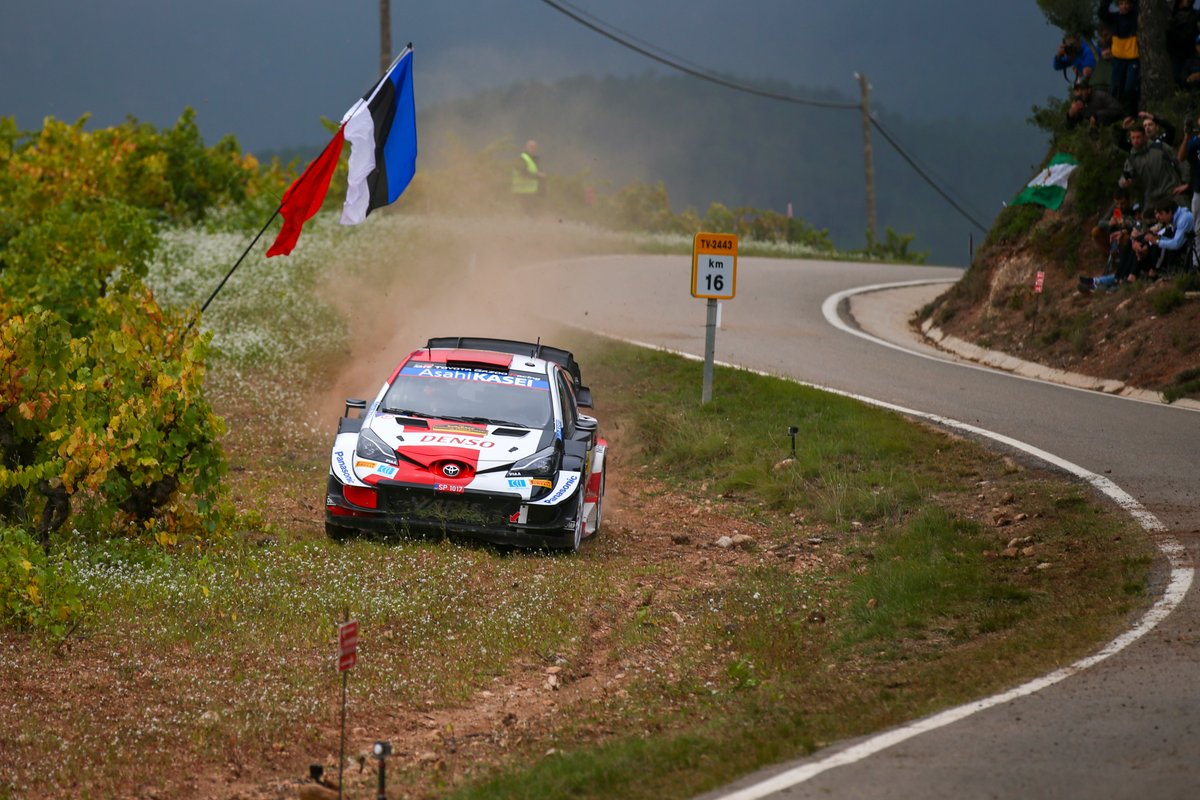 Rally Spain was littered with close shaves as the WRC's best engaged full attack mode, pushing themselves to the absolute limit.

However, perhaps the biggest escape came before the final stage of the rally. Neuville seemed to be on his way to a comfortable victory when his i20 refused to start prior to the final stage. Flames were seem coming from the rear of the car as Neuville and Wydaeghe tried to resolve a state motor issue.

In the end, they managed to push the car to a rigour area where they received further help from marshals. Luckily they avoided snatching defeat from the jaws of victory.

Evans also produced arguably the save of the season on Stage 5 when he took a cut which spat his Yaris into the kerb on the outside of the corner. A wild tankslapper followed and only cat-like reflexes and a bit of wheel wrestling saved what could have decided the the 2022 WRC title.

"It was a pretty big moment," said Evans. "I just got caught out by the gravel and she just took off.”

Toyota teammate Kalle Rovanpera was perhaps even luckier when he misjudged a left hand corner resulting in a wild excursion across a field, narrowly avoiding a road sign before rejoining the road.

For the unflappable Finn to label it "maybe one of the biggest [moment] I have ever had” is testament to what occurred. 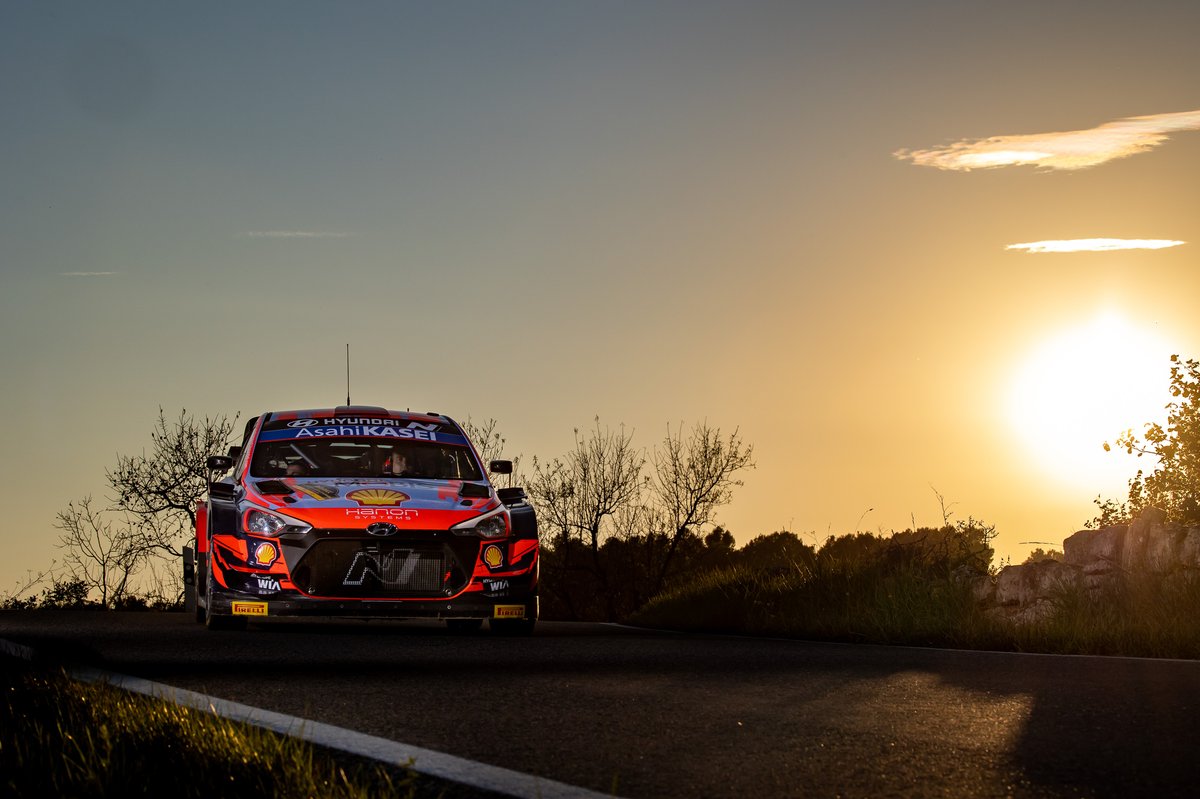 Team of the Week - Hyundai

For the second event in a row, Hyundai is our team of the week after clinching an impressive double podium, as local favourite Dani Sordo followed Neuville home to claim his second rostrum of the season.

The one-three for the Korean marque also kept its slim manufacturers' title hopes intact ahead of next month’s title decider at Rally Monza.

Barring the starter motor hiccup for Neuville, the Hyundais didn’t miss a beat with four of the five entries inside the top eight. 2C Competition pair of Oliver Solberg and debutant Nil Solans drove cleanly to seventh and eighth.

Set-up calls were also spot on, particularly for Neuville, who credited Friday’s change at midday service as one of the keys to victory.

“I am delighted for my team because we have once again fought until the very end,” said Hyundai boss Andrea Adamo.

“It has been a tough rally, and a Power Stage that only thriller writers could have scripted – rain and late drama that generated a lot of emotions.

“We have achieved everything we could have this weekend. Thierry and Martijn have been amazing from start to finish, and they thoroughly deserve this win. What a composed and assured performance from them.

“Dani and Candido [Carrera] have also accomplished something special. It would have been easy to settle into a comfortable rhythm on the final morning, but they pushed hard to claim third place and a clean sweep of stage wins. Full attack.

“We have managed to extend the championship battle until the season finale at Monza, which at least gives the fans something to see – we fight until the end.”

Co-driving is perhaps one of the most challenging roles in motorsport and comes with a lot of responsibility on one's shoulders to guide some of the world’s best drivers through the toughest roads as fast as humanly possible. It’s an edge of the seat job where the slightest hesitation can result in disaster.

It must have been twice as difficult for Oliver Solberg's co-driver Craig Drew, who suffered some discomfort on stage, and was unaware it was being captured for a global audience by the in-car microphone.

Luckily, Craig could see the funny side of the moment that lit up social media across the weekend.

Rally fans are a special breed again that will do almost anything to achieve that perfect view.

With only one event remaining for this current generation of WRC cars dubbed a “modern Group B”, it's fair to say drivers and fans are going to miss them. Debutant Nil Solans summed up perfectly the thrill these cars can deliver. 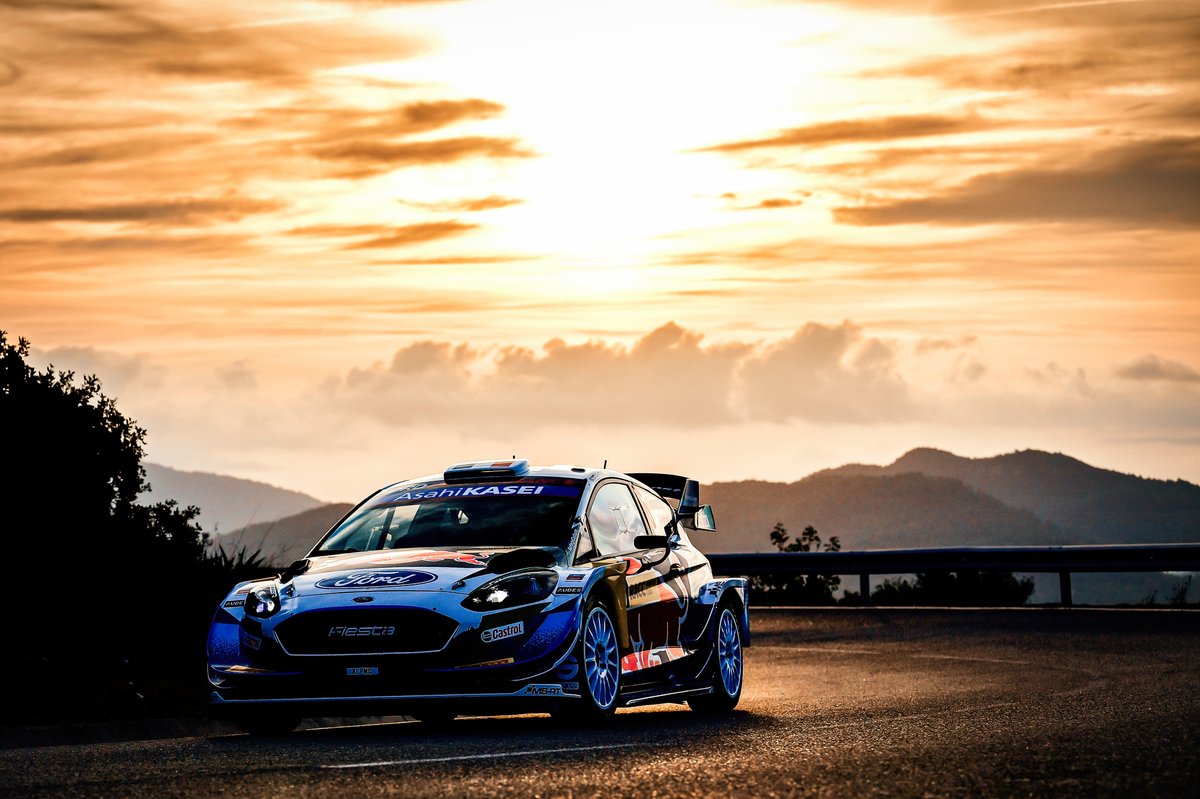 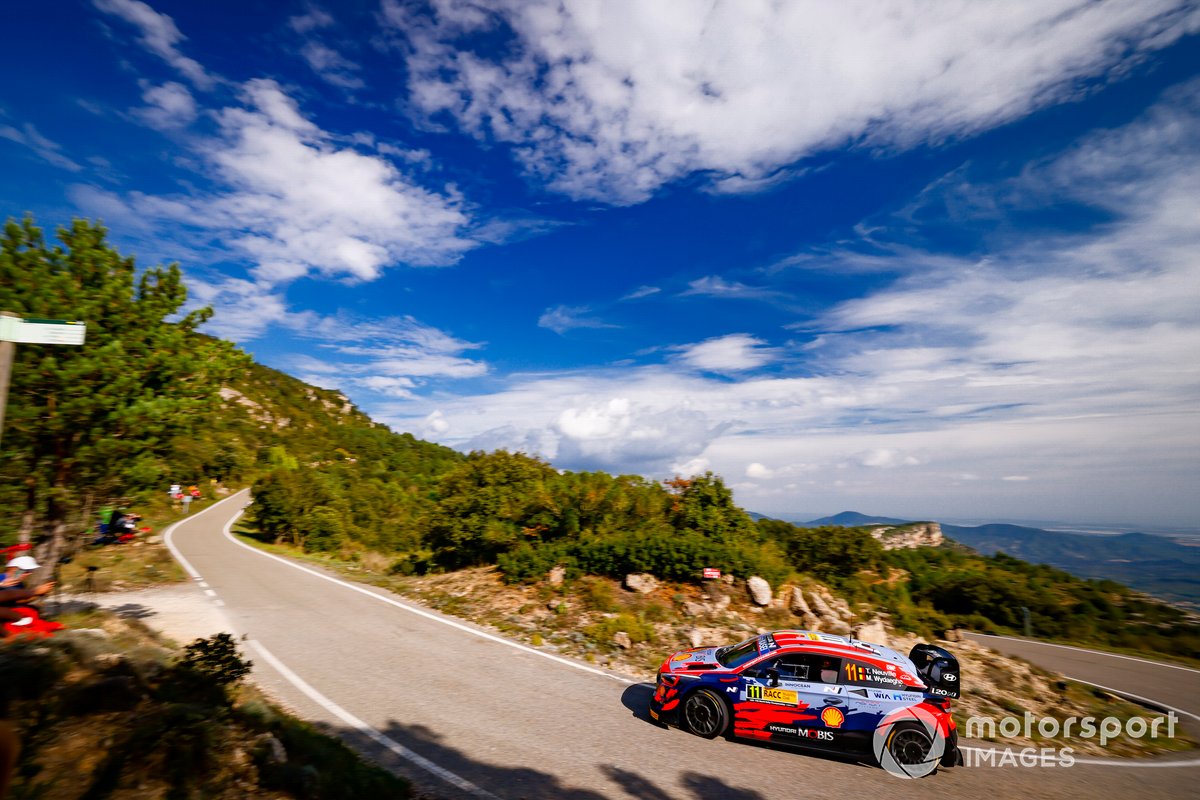 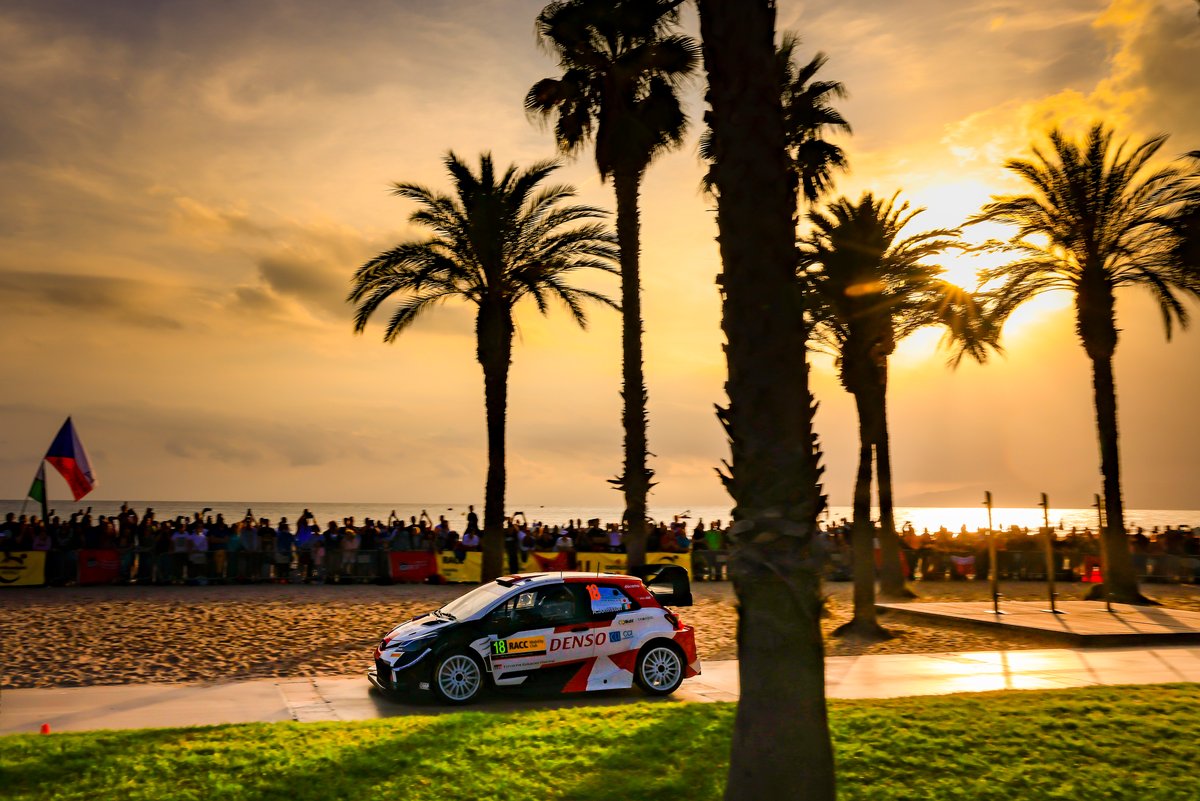