Hyundai’s Ott Tanak has crashed out of Rally Spain on stage four, the first test of Friday’s afternoon loop of the penultimate round of the World Rally Championship.

The 2019 world champion went off the road only 3.6km into a second pass of the high-speed 20km Vilaplana Tarmac stage.

Both Tanak and co-driver Martin Jarveoja were reported to be OK following the crash.

Details of exactly what happened remain scant but it appears Tanak's i20 Coupe may have slid off line on a patch of gravel and run off the road.

Television cameras captured the car parked up on the side of the road, but the extent of the damage to the i20 is unclear.

Tanak had been in sixth spot having started the day sitting in fourth before a scary high-speed spin on stage two resulted in the Estonian dropping back.

The Hyundai drivers had reported struggles with understeer on the Tarmac stages they were tackling for the first time on Pirelli's new hard compound tyre. 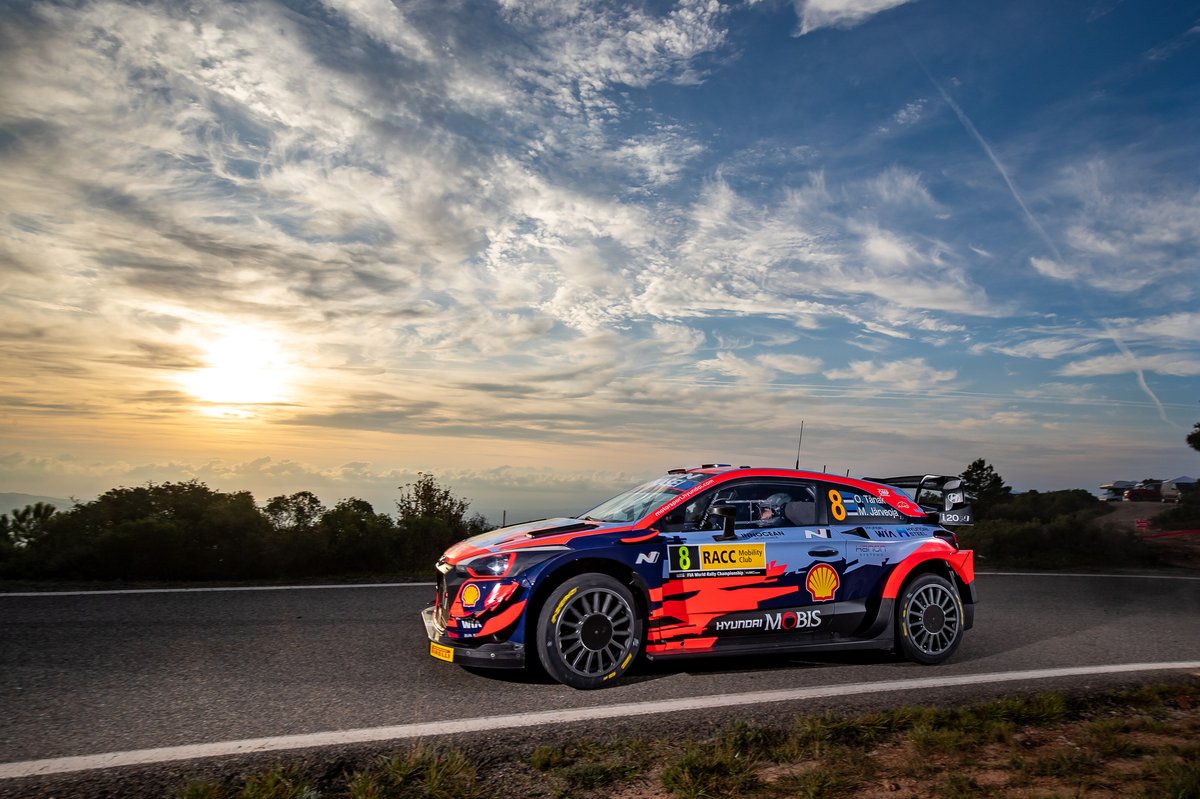 Speaking moments before the crash, Tanak admitted he was surprised to escape the stage two incident with only a spin and revealed that his car required "some management" on asphalt.

"It was impressive that we only had a spin there," said Tanak, when asked about his earlier moment.

"It was surprising and a surprise to myself as well when we started to lose the car. It has been quite a morning.

"It is always tricky the last couple of years on Tarmac but we have improved a bit. It still needs some management."

However, the stage four incident has ended his hopes of a Rally Spain podium.

It is unknown if Tanak will rejoin the rally under restart rules on Saturday.

Tanak is already the second WRC driver to retire from the event after Toyota's Takamoto Katsuta crashed out on the opening stage when the Japanese driver misunderstood a pace note and clattered into the barriers at a tight right-hander.

Neuville expects “more nerve wracking moments than ever" in WRC 2022