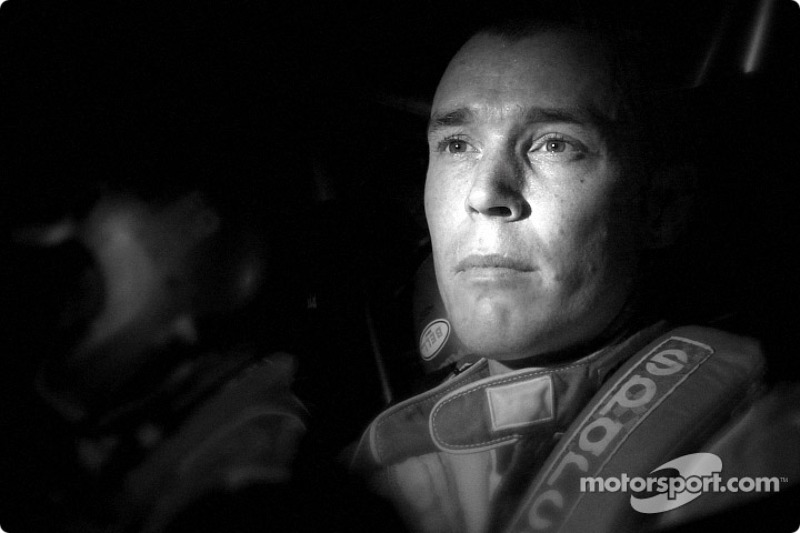 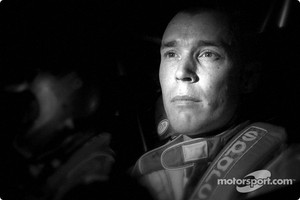 Four short years after reaching one of the pinnacles of international motor racing, Richard lost his life to an aggressive form of brain cancer. The “Paint It Orange” campaign is a concerted endeavour to encourage the legions of fans that support rallying to buy a charitable t-shirt to make a valuable contribution to the charitable work done in Richard’s name – and to create a sea of orange across Wales as spectators gather for the last round of the WRC.

The WRC drivers are the fitting first in a pantheon of drivers, stars and celebrities who have promised to be photographed in the commemorative t-shirt, with the next step of the campaign scheduled for the Indian GP on the 30th October, with many Formula One drivers pledging to add their support to the campaign.

The assembled mass of stars proudly wearing their commemorative Richard Burns shirts can be seen on the Richard Burns Foundation website and its Facebook pages. The charity is promoting the sale of the commemorative t-shirts at Grandstand Merchandise and you too can rub shoulders with the stars by buying a shirt and posting your photo alongside the charity’s growing number of celebrity supporters.

Outgoing British Touring Car Champion and Patron of the Richard Burns Foundation, Jason Plato said, “It’s staggering how many famous people are pulling these great orange t-shirts over their heads and inspiring the public to buy one too, especially if they are heading to Wales in a few weeks time. I confidently predict the valleys will be painted orange – it’s a great way to celebrate the 10th anniversary of Richard’s greatest achievement.”

As the official charity of the Wales Rally GB, a select number of t-shirts signed and endorsed by WRC and Formula One drivers - along with other money can’t buy auction lots - will be released for auction on Saturday night of Wales Rally GB at a specially convened auction in Cardiff.

All funds raised from the “Paint It Orange” campaign will help to address the startling lack of neurological provision in the UK. Neurological injury and illness is a bigger cause of serious disability in the UK than cancer, heart disease and diabetes put together. Over a million people – half of these children and young adults – suffer a head injury every year. Alongside neuro injury, neurological illness has an incredible diversity of manifestations, from foetal diseases such as Spina Bifida, through to conditions that afflict the young, such as Cerebral Palsy & Meningitis; the unrelenting assault from neuro conditions continues through adult life, with brain tumours about 30% as common as breast cancer. And neuro illness follows us into old age, with the widespread incidence of conditions ranging from Parkinson’s to Dementia & Alzheimer’s.

The ambition of the Richard Burns Foundation is to fund the first hospital-based Brain Centre, where members of public can access walk-in support and advice to provide guidance for the array of neurological conditions from MS, Motor Neurone Disease & Schizophrenia to Autism and stroke, to name but a few. The Richard Burns Foundation is committed to supporting the Brain & Spine Foundation to spread the Brain Centre project nationally.

The Richard Burns Foundation is indebted to the following teams and organisations for their kind and generous support and without whom the “Paint It Orange” campaign would not be possible:-