Tanak started the day in the lead after winning Thursday’s night’s super special stage, but lost the advantage to M-Sport’s Craig Breen briefly on Friday morning, before storming back to the front on the morning’s final stage, benefitting from the wet conditions.

Tanak then relinquished the lead to a charging Toyota of Sebastien Ogier during the afternoon loop, but reclaimed the rally lead by winning the day’s final test. His charge back to the top of the leaderboard was helped by Ogier losing the rear wing on his GR Yaris, which cost the eight-time world champion valuable time.

Evans produced a solid performance throughout to end the day second, with Ogier 6.7s back in third.

Championship leader Kalle Rovanpera took advantage of the wet gravel that reduced the effects of road cleaning, to end the day in fourth. Only 7.2 separated the top four after 160km of action.

M-Sport’s Breen had been locked in the victory battle but retired on a road section following an off in Stage 5. This left Gus Greensmith to head M-Sport’s charge in fifth ahead of Hyundai’s Thierry Neuville, who lost time to two spins on Friday morning 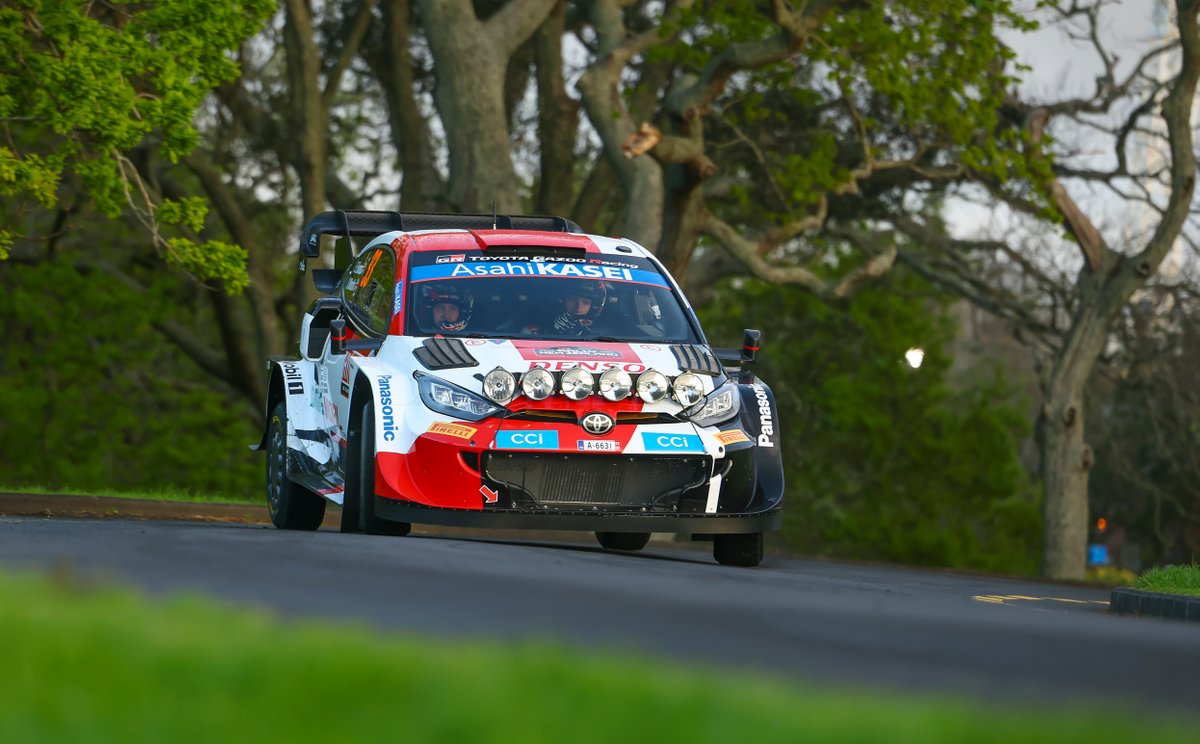 The second pass of the Whaanga Coast stage that kicked off the afternoon’s action resulted in big shake up of the leaderboard.

Ogier made the most of his road position to set a blistering time, on the now dry gravel, compared to the morning pass. The Frenchman leapt into the rally lead from fifth overall after laying down time, 17.2 faster than leader Tanak.

Evans emerged as Ogier’s nearest challenger some 8.4s back which highlighted the latter’s improved pace having struggled for grip in the morning.

Breen looked set to challenge Ogier before the Irishman misjudged a right hander that caught out Colin McRae in 2002. The M-Sport Ford Puma slid down a steep grass bank and came to a halt. Spectators were able to retrieve the car but 18 minutes were lost, before Breen retired on following road section.

The rain arrived for Stage 6, a second run through the rally’s longest test, although Rovanpera escaped the worst of it.

Rovanpera made the most of his good fortune on this occasion to win the stage, his first of the event to date.

Tanak ended the pass 5.6s adrift while Ogier, minus a rear spoiler that had been ripped off by an overhanging tree branch, was third-fastest.

“That's not ideal! For sure, it could be a problem," said Ogier, who was unaware he had lost the majority of his rear wing.

"Sounds like Kalle - getting all the good luck! I got caught in loads of rain and the tyres were so worn that I was aquaplaning everywhere,” said Greensmith.

Dry conditions returned for the final stage of the day and it was here where Tanak reclaimed the rally lead.

The Estonian pipped Evans by 1.2s to win the stage with Rovanpera third fastest, 2.1s back. Ogier dropped 13.3s due to his lack of aero to hand Tanak a 0.2s rally lead.